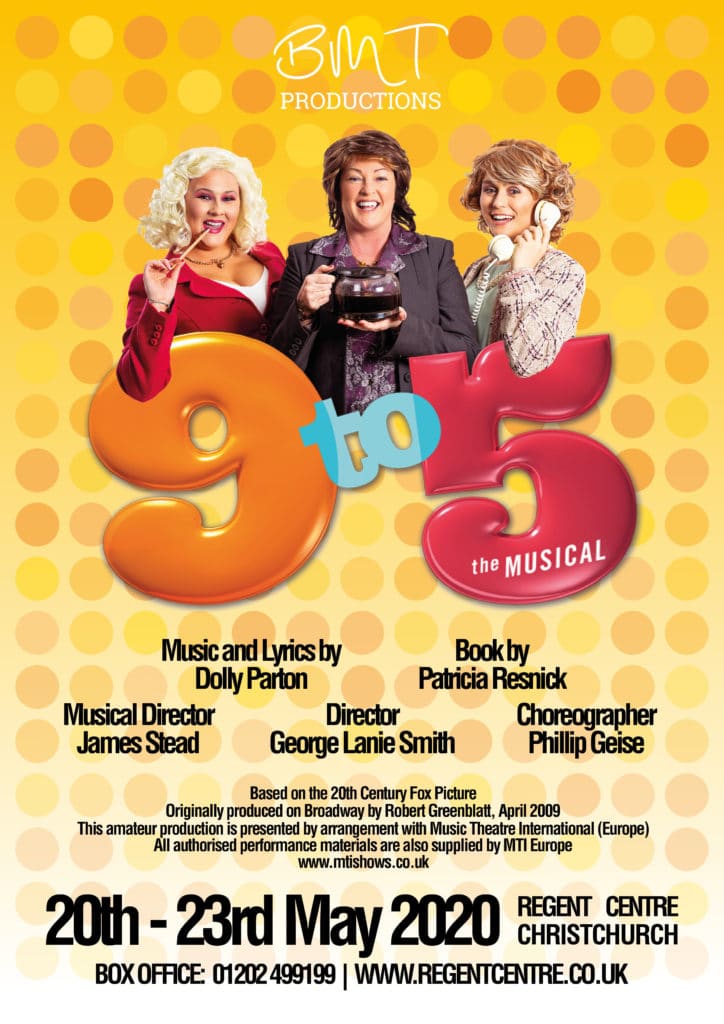 Local theatre company, BMT Productions, are back, and this time they are bringing the magic of the ‘80s to the stage with the hilarious musical based on the seminal 1980 hit movie, 9 to 5. The show will be running at The Regent Centre, Christchurch from 20 – 23 May.

Speaking about the project, Smith says, “I’m really enjoying working with such a talented group of people, and with the perfect mix of comedy, emotion and a large helping of girl power this musical really does tick all the boxes. I’m so excited to see it all come together!”

BMT are also very excited to have US choreographer and Off-Broadway performer Phillip Geise on the creative team. With such a highly experienced and talented line-up, this is sure to be a spectacular theatrical event not to be missed.

In addition to the on-stage talent, the show boasts a highly experience Production Designer in MJ Jones who is taking the set, props and costumes to a new height. With innovative new projections and a team of costume designers filling the stage with ‘80s fashion, the look is sure to be impressive.

“Many of the audience members will be familiar with the film” says Jones. “Therefore, expect a very retro ‘80s’ feel for the show. This we have done in a contemporary way with some exciting twists to ensure that audience members are truly immersed.”

This marks BMT’s eighth production with a string of successful shows under their belt, including Monty Python’s Spamalot, Starlight Express and The Wizard of Oz. This outstanding company champions inclusivity and professionalism in shows that have been hailed as “breath-taking” and “visually-captivating”.

The show is selling fast, so book now to avoid disappointment. You can grab your tickets now at www.regentcentre.co.uk or by calling the Box Office on 01202 499199.