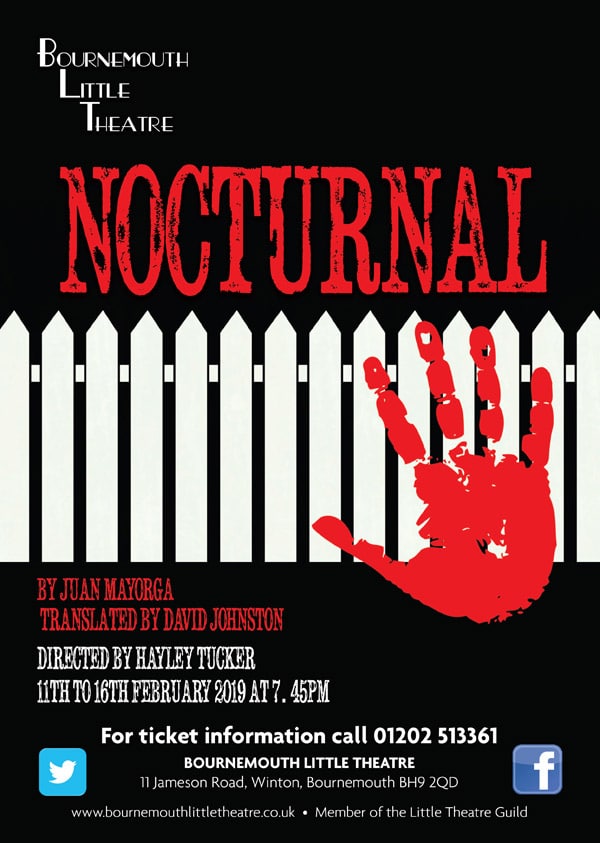 This four-hander originated in Spanish by Juan Mayorga and has been translated into English by David Johnston.  To stage it on a tiny, static set at the Bournemouth Little Theatre involves some compromises – the two flats, side by side, are straightforward enough, but director Hayley Tucker transforms the left-hand (audience perspective) flat into zoo, office, care-home and park-bench – as required – by simple movement of the furniture and a change in the lighting.
The play explores a number of topical themes including illegal immigration and manipulative control.  The perception at the start and throughout the first act is that the character known only as “Short Man” (Brian Woolton) is the villain of the piece and that both his wife (Rachel de Courcy Beamish) and the neighbours “Tall Man” (Marc Pinto) and “Tall Woman” (Brittany Sitwell) are victims.  We, the audience, anticipate that there will be some kind of retribution – but is there?  With regard to the fable of the Fox and the Hedgehog (Archilochus NOT Aesop) – is Tall Man the Fox and Short Man the Hedgehog?  There are various animals in the “Nocturnal” section at the zoo, perhaps the African “Nocturnal” fish (unseen – but somewhere in the Short Man’s flat) mean something – maybe there is significance in the rope on the table.  Who is the mysterious “Man with the hat” we wonder?   Short Woman suffers from insomnia, Tall Man works nights and they watch the same quack insomnia programme on TV – something there, perhaps.
It is undoubtedly well acted, well staged and well lit – we wouldn’t expect any less from BLT.   Brian Woolton manages to be both creepy and insecure as Short Man and Marc Pinto plays a good intellectual and gives a good impersonation of the quack TV doctor.  Tall Woman’s belief in a better future with the mysterious “Man with the hat” is moving, while Short Woman’s despair at her life, relationship and insomnia is convincingly portrayed.
There is a resolution of sorts for all four at the end – but not what any of us expected and it certainly left me mystified as to the message – if there was one.
The show runs every night until Saturday 16th – see if you can make any sense out of it – Are you the Fox or the Hedgehog?
KD Johnson, 11th February 2019