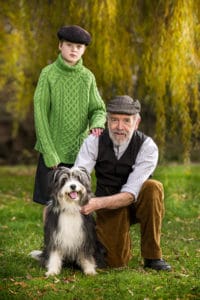 TWO twelve-year-olds from Salisbury take centre stage at Studio Theatre in Ashley Road from 6 December when the amdram company begins its sold out run of Goodnight Mister Tom.

James Cates, who goes to The Burgate School, plays evacuee William Beech, who finds himself billeted with reclusive Tom Oakley and his dog Sammy in a Dorset village at the start of the second world war.

Two other members of Studio Youth Theatre, Alfie Munro and Martha-Rose Mckeown, join them in the cast as evacuees, which also features newcomers Shannan Read and Rebecca Horne.

Tom Oakley, famously portrayed by John Thaw in the television adaptation, is played by Alistair Faulkner, a familiar face to Studio audiences for the many leading roles he has played for the company.

The play by David Wood, based on the classic children’s story by Michelle Magorian, focuses on the relationship that develops between bullied, abused evacuee William and widower Tom.

Pushed together by wartime necessity, these two damaged souls flourish, until a letter from William’s mother demands his return to London.

All performances of the play, which runs from 6 – 14 December, sold out in advance. 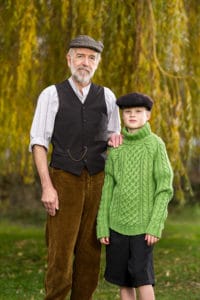