Regent Rep’s production for 2019 is Richard Bean’s side-splitting, smash hit comedy One Man, Two Guvnors. Curtain up at the Regent in Christchurch will be from Thursday 3 – Saturday 5 October 7.30pm with a Saturday Matinee at 2.30pm. The play will be directed by Vicky Semple with production and stage management by Tom Critchell.

Down on his luck, having been fired from his skiffle band, Francis Henshall becomes minder to Roscoe Crabbe, a small time East End hood, who is now in Brighton to collect £6,000 from the dad of his fiancée. However, Roscoe is in reality his sister Rachel, posing as her own dead brother, who has in fact been killed by her boyfriend Stanley Stubbers!

Holed up at The Cricketers Arms, the permanently ravenous Francis spots the chance of an extra meal ticket and takes a second job with one Stanley Stubbers, who is hiding from the police and waiting to be reunited with Rachel but totally unaware that she is also inhabiting the Brighton underworld.

To prevent discovery, Francis must keep his two guvnors apart. Simple, or so it seems to Francis, the man who thinks he can serve two guvnors by living on his wits and keeping them apart in this fast-paced farce.

Juggling his two guvnors is no mean feat and Francis seeks assistance from some unwitting members of the audience, who he hopes will help him to dodge, duck and dive as he tries to please both his two guvnors and preserve his meal-ticket all at the same time.
One Man, Two Guvnors is based on the classic 18th Century Italian comedy The Servant of Two Masters by Carlo Goldoni in this new English version by prizewinning playwright Richard Bean, with songs and music by the Regent Rep four-piece band, playing excerpts from skiffle standards and sounds of the swinging ‘60s for the production.

Regent Rep was founded in 2008 by John King and Eliot Walker and past productions include Jamaica Inn, The Crucible, Cold Comfort Farm, Pride And Prejudice, Dad’s Army, An Inspector Calls, The Ladykillers, A Tale of Two Cities and Murder On The Orient Express.

One Man, Two Guvnors premiered in London in 2011 before transferring to Broadway in 2012, where it was nominated for 7 Tony Awards. The play proceeded to an International Tour in 2013 that took this award-winning comedy to Hong Kong, Australia and New Zealand.

Director, Vicky Semple has said:  “I am really excited to be able to direct this wonderful comedy using all of the creative talents within the Regent Centre and to continue with Regent Rep’s enviable reputation for bringing exciting and popular plays to the stage in Christchurch.” 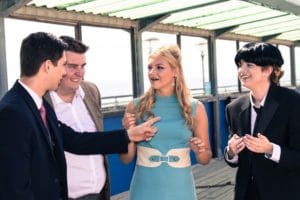 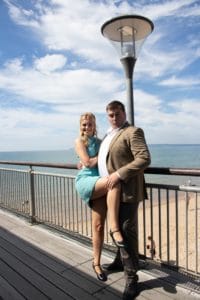 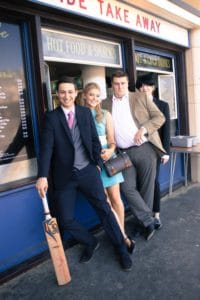