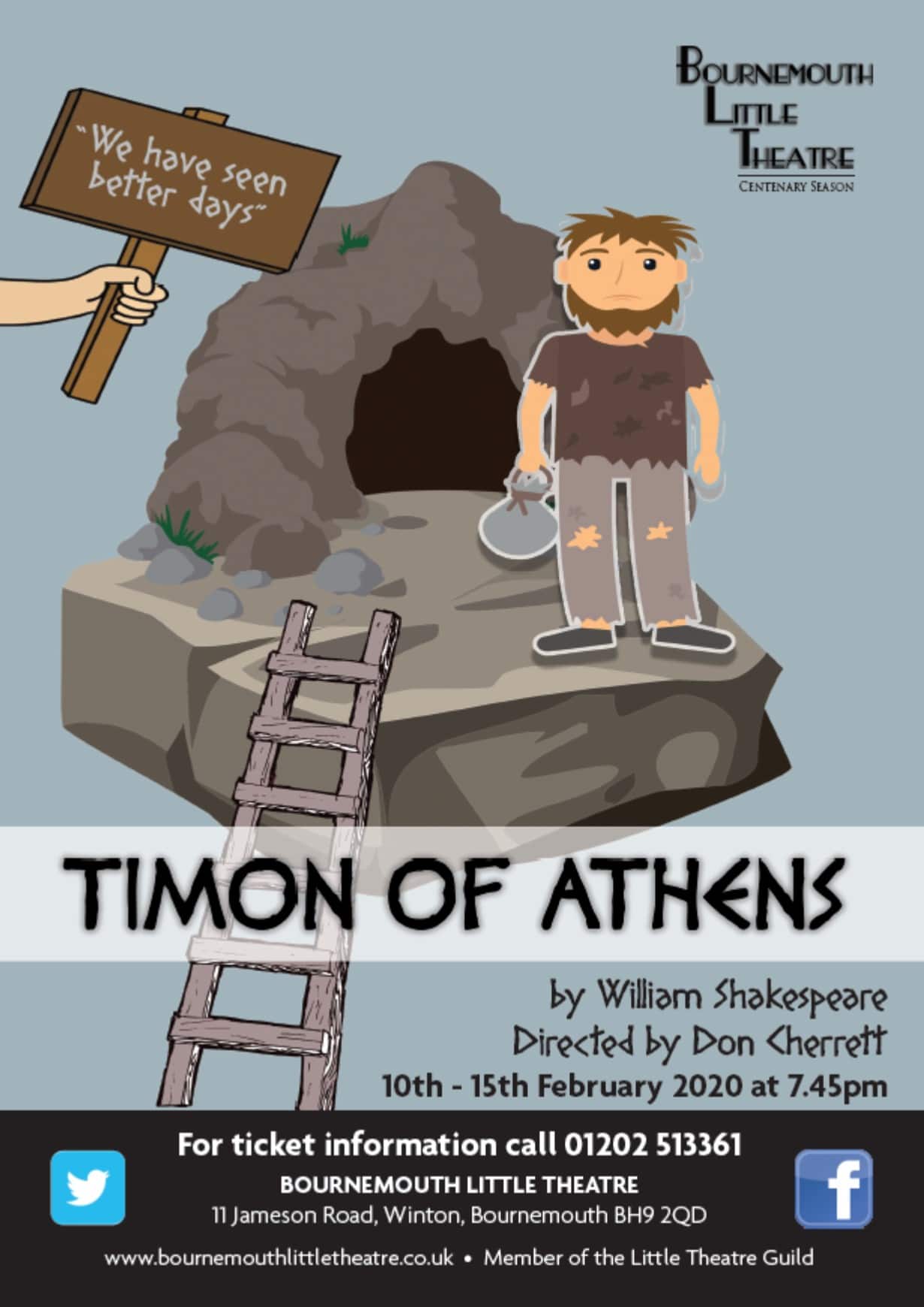 Timon is a rich Athenian loved by everyone as he is so generous with his wealth. People flock around him, flattering him and taking advantage of his good nature. However, when the money runs out no-one wants to know him and he leaves Athens to become a recluse living in a cave. When news reaches the ears of the Athenians that Timon has discovered gold, they seek him out again but fine he is no longer the friendly, stable character that he was!

Shakespeare’s least known tragedy is in fact full of wit and moves along at an entertaining pace. With a mix of interesting characters and a text which is easy to follow, this production of Timon will be played in a modern setting with the emphasis on the comedic elements of the play.