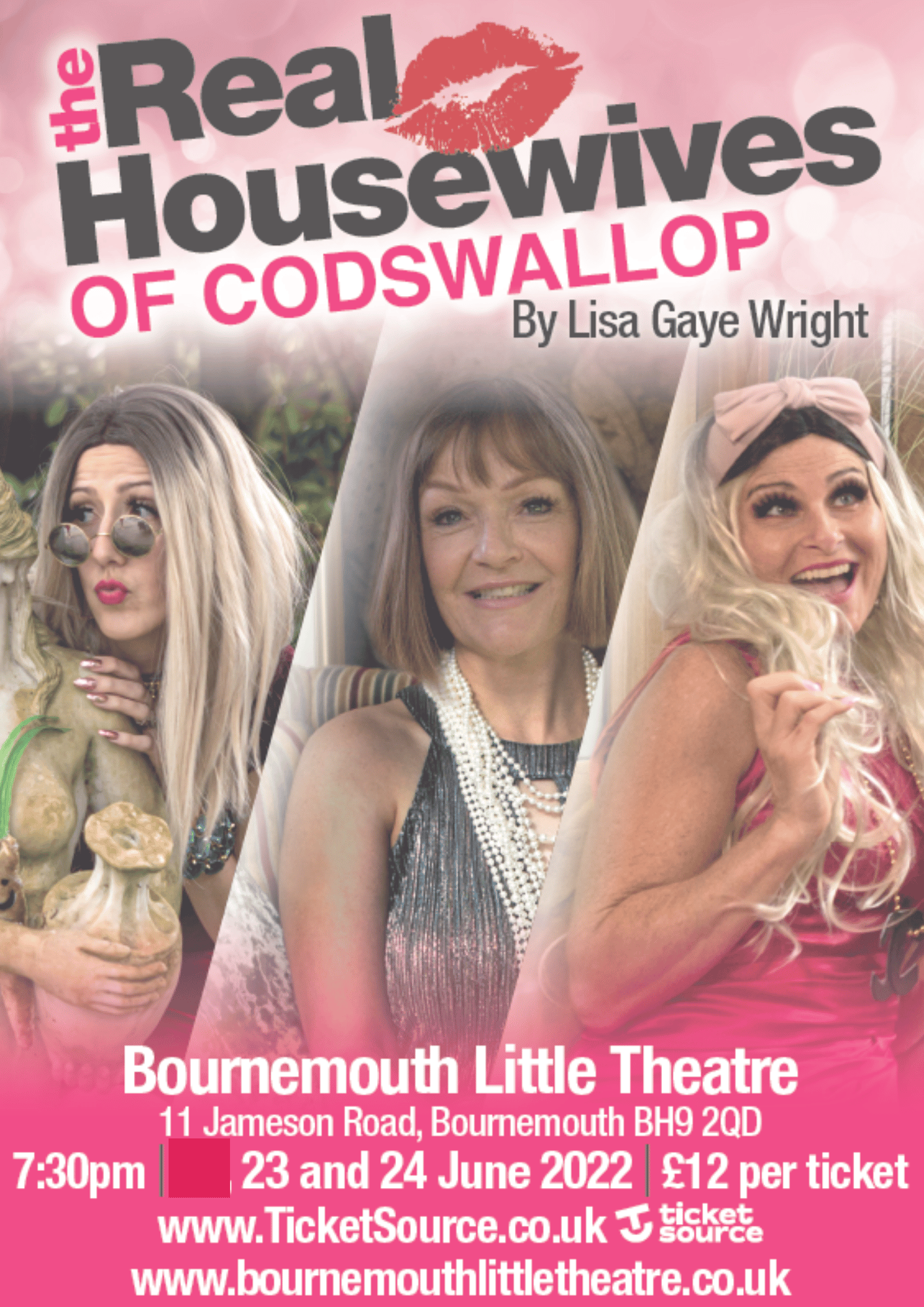 The Real Housewives Of Codswallop is a new musical written by Lisa Gaye Wright. According to the ‘About the Musical’ section, the show was about an affluent and popular Queen Bee called Magenta who decides to host a Botox party at her house. She decides to open an invitation to an old friend she used to spend time with many years ago (Tamsin), and who she dropped like a hot stone when something better came along. Tamsin brings her new friend and Bestie, Sophie, who is a recent reality star. The evening then becomes an evening where secrets get revealed, dirt gets dug and Magenta gets taken down a peg or two.

The reality of this particular show is that had a programme not been supplied, and the synopsis not been read in detail, I would have left the theatre last night wondering what on earth had just happened and what the point of the story was. The writing, theming and plot felt chaotic, with the primary focus appearing to be on comedy rather than substance. In addition, not one character had any redeeming qualities, which made it extremely hard to get behind any of them.

However, script aside, there were three ladies on stage last night who did the very best with the roles that they had been given. Terri Spencer in the role of a vapid and catty Tamsin, was an absolute force. She was easily the stand out performance of the evening as she so effortlessly made the character come to life. Every movement, facial expression and spoken word was very captivating which meant that the audience were drawn to her at all times.

The role of Sophia, played by Monika Brodowska, was a difficult role to endure, due to the stupidity of the character. However, Monika has to be commended for her characterisation and her timing. There were some genuinely funny moments from Sophia, and she was 100% committed to making Sophia fully come to life. Again, the facial expressions and movements were always on point.

In comparison to the other two characters, the aloof and snobby Magenta, played by Debbie Tarrier, was more conservative and resultantly faded into the background slightly when the other two ladies were involved in the scenes. The character did have some great moments though, specifically one where she sticks her face in a plant which was very funny.

It has to be said that all three actresses, under the direction of Duncan Trew, had some great comedic moments which had the audience chuckling throughout the evening. The show has now reached the end of its run so you have missed your opportunity to see it on this occasion.