As usual when attending a theatrical production, I had my bird-watching monoscope with me in order to pick out any detail from the back of the theatre. I realised when I took my seat that I wasn’t going to need it on this occasion as I was allocated a seat in the front row, within touching distance of the stage and the cast. In reality, the Bournemouth Little Theatre is such an intimate venue that my monoscope would seldom be required, but I generally observe the old Boy Scout mantra.

This is a powerful and disturbing two-hander covering many themes of sexual and emotional violence and a lot of bad language. It is not for the faint-hearted. The two women, Carla and Heather, reminisce on their childhood experiences, and the deep emotional and psychological effects of certain events in their teenage years some fifteen years earlier come to the fore in shocking and unexpected denouements. 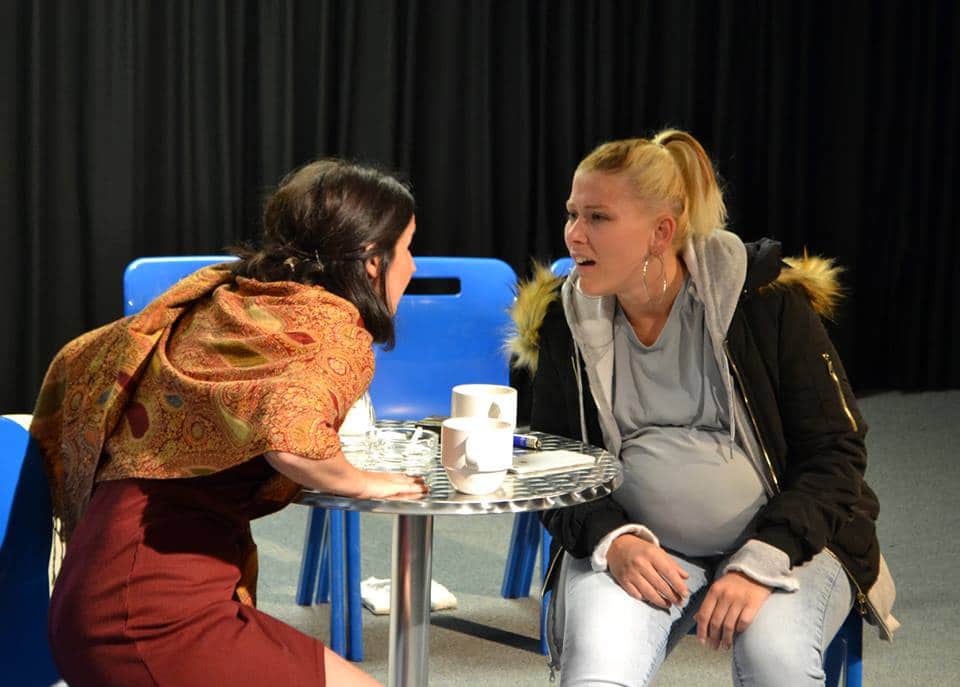 These two young ladies – Jemma Truss (as Carla) and Rhiannon Horne (as Heather) –are at the top of their game; they master the intense and emotional dialogue and keep the audience spellbound. There are several very intense confrontational scenes in which they come almost nose-to-nose. The psychological impact of those teenage years, in which both characters were variously abused, becomes utterly believable in their portrayal.

The title refers to the Tarantula Hawk wasp, of which there is a large example mounted centre stage in a frame which eerily glows from time to time. The plot is an extended analogy of the parasitic behaviour of the wasp. To elaborate would reveal the story and spoil the experience. You need to see this show and you won’t forget it in a hurry – I certainly won’t.