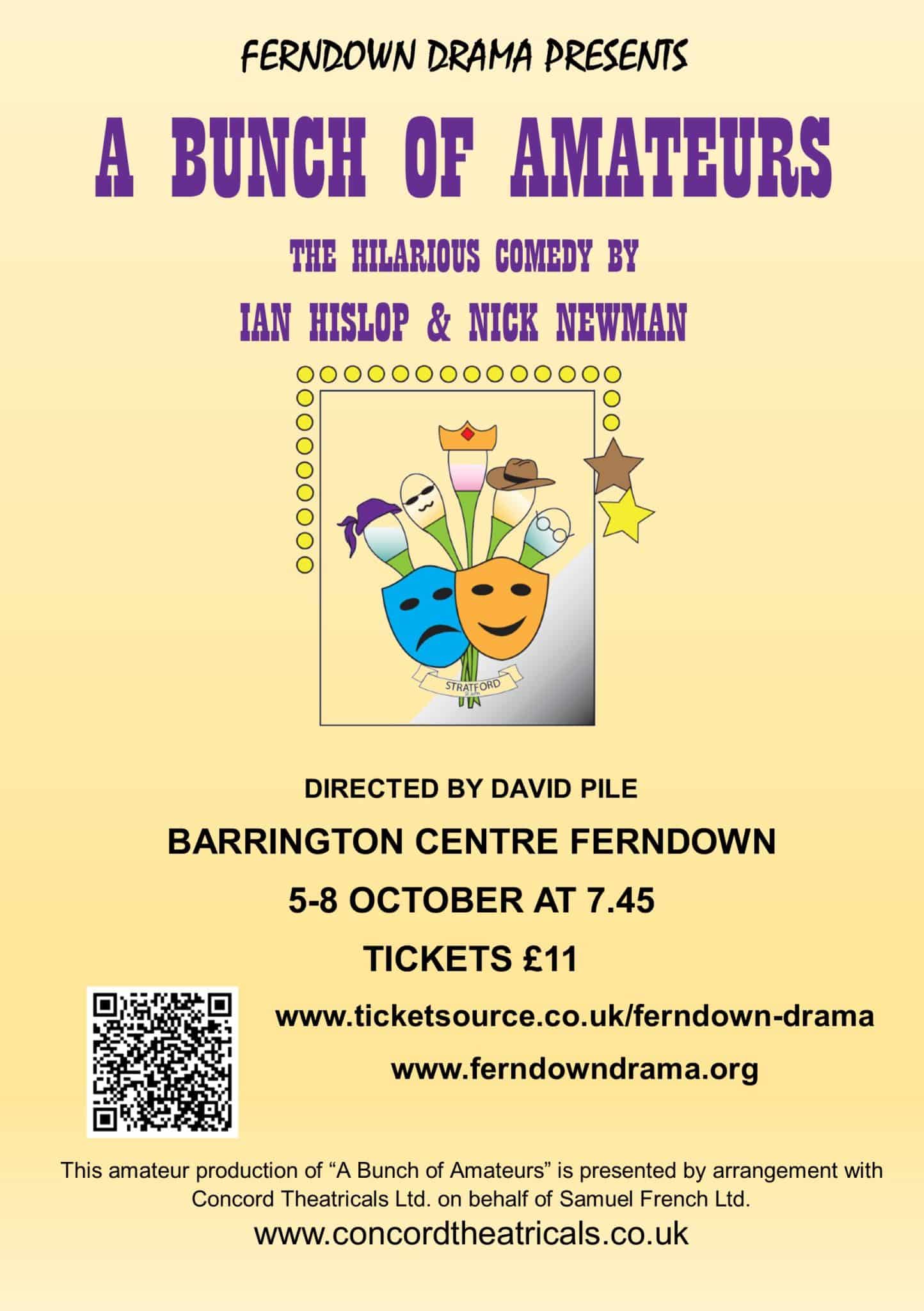 The tale of a struggling amateur dramatic society struggling for members, falling audiences and a crumbling barn that stands for their theatre, it really is a play for our post pandemic times when, it seems, all AmDrams are experiencing similar problems for real.

The play opens with the committee holding a public meeting for their community to try to foster some enthusiasm and support but sadly nobody turns up. In desperation they hit on the idea of somehow attracting an “A” lister for the part of King Lear in their latest production. Unfortunately for all concerned they get Jefferson Steel, a washed up, obnoxious slob of a  Hollywood has-been with an ego the size of Texas who was wonderfully played by Mark Ward. No offence Mark, but you were truly loathsome.

Lee Tilson brought his mellifluous voice to animate Nigel Dewberry, a solicitor who clearly has ideas that he is truly God’s gift to acting. The friction between Jefferson Steel and Nigel Tilson was a joy to behold.

There were clearly some nerves on this first night. The first half started out a bit slow and at times seemed a little disjointed but by the second act the cast had hit their stride and delivered a much slicker performance.

Given that there were really no scenery changes the gaps between scenes could be quickened up. There were too many long moments of staring at an empty stage. That said, many of the scenes were punctuated by a little ditty of mediaeval feel sung a-capella by The Fool, played by Julie Gower who was also credited with Continuity. These little interjections were really delightful. Julie seemed quite hesitant to begin with but there really was no need to be.

All in all I feel that the cast and crew did a great job with this fabulous play but for me the standout performance came from Dawn Hollington as Mary Plunkett.

What better way is there to spend a dark, cold autumnal night than in the company of a talented cast giving us a couple of hours of laughs and escape from the horrors that are going on around the world right now. And if you turn your heating off for the evening that will cover most of your ticket price!

Do yourselves a favour and get over to the Barrington for a fun night out. You know it makes sense.

A Bunch of Amateurs runs until the 8th of October.