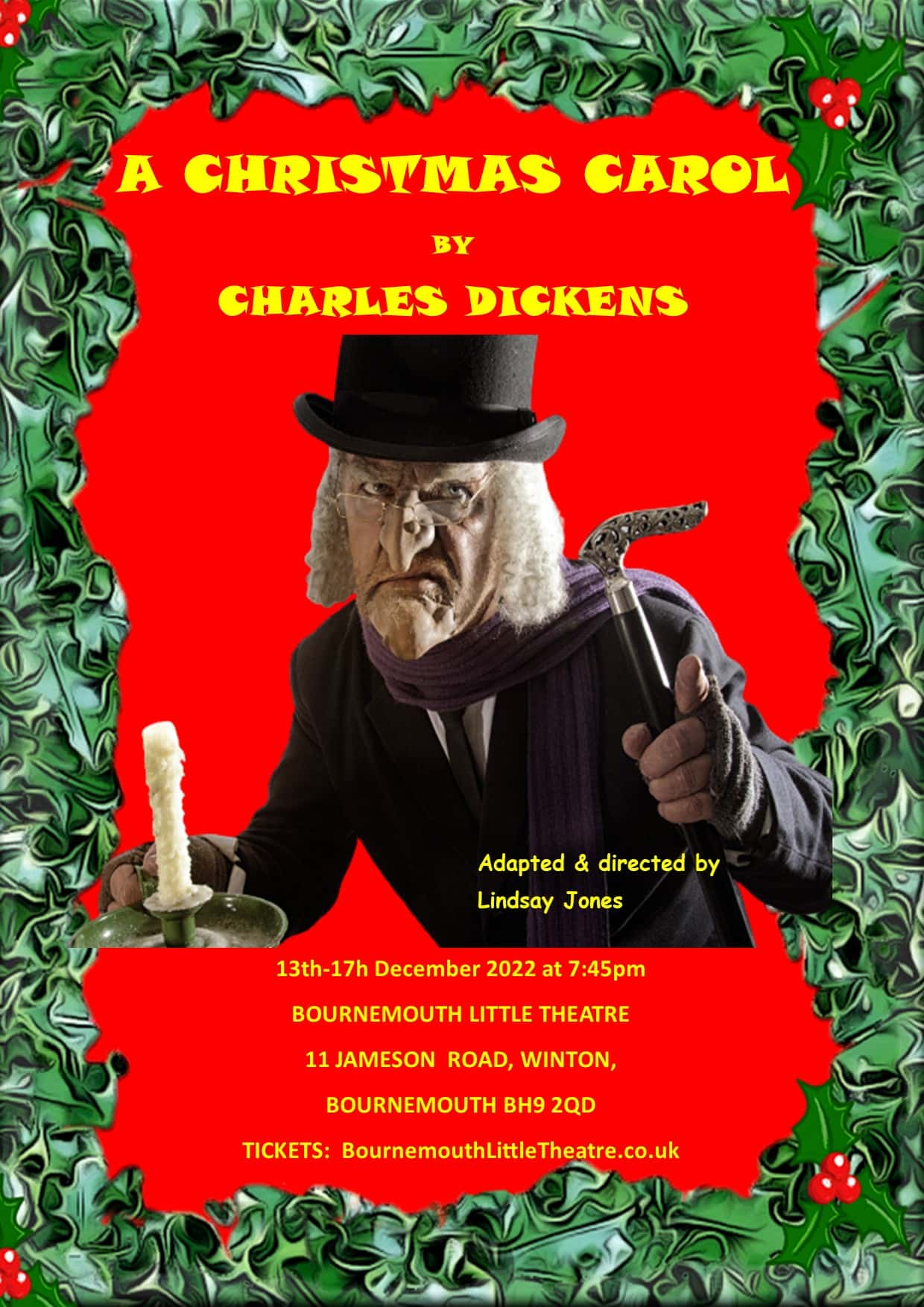 Today’s tale takes place in a quaint little theatre, aptly named, and begins with Lee Tilson playing Ebeneezer Scrooge. Beginning with Scrooge wincing at the mere thought of charity and giving, Tilson’s mannerisms and comedic timing shine through. He so rarely leaves the stage throughout the performance and has clearly spent a lot of time mastering his character (even when in the background asleep!). William Lent plays Bob Cratchit with hilarious reactions and facial expressions. Although some scene changes could be more fluid, and perhaps even have characters involved, this adaptation of A Christmas Carol is a phenomenal one, and the cast and crew should feel proud to be bringing this Christmas magic unto the streets of Bournemouth. It is fair to say that the crowd favourite was Mica Sharples playing Chastity, an excellent and humorous addition to the classic story. There was also a pantomime-esque feel to this production, with characters addressing the audience directly, appearing at the back of the theatre, and even tossing sweets into the audience (so don’t sit at the back!).

In Act 2 the parts of Molly and Betty, played by Amanda Hyatt and Denise King, had the audience in hysterics with some jaw-dropping moments and utter shock. Another notable feature of this production were Belinda Harward and William Lent playing Bob and Mrs Cratchit; their chemistry on stage as acting partners was spectacular to see, and their emotions at Scrooge’s future funeral felt so real. The children on stage were very enthusiastic and had superb annunciation, it is so lovely to see such talented children thrive in doing what they so clearly enjoy.

The use of audio recordings and lighting was an interesting one; with the audio in the opening scene of Ebeneezer Scrooge going to the toilet, and the use of a disco ball for scene changes with the three ghosts, the backstage crew deserve their own round of applause for immersing us withing the world of A Christmas Carol. Although we only saw the face of the Ghost of Christmas Past (Georgina Stone), both the Ghost of Christmas Present (Dina Berlyn) and the Ghost of Christmas Yet to Come (Nikki Wilson) did fantastically well and delivered lines strongly and emotively.

The entire cast, the young and the not-so-young, did a brilliant job in presenting a comical yet sincere production. The crew brought the play together with excellent set design and costuming. And Lindsay Jones has created a fabulous adaptation of a well-loved Christmas story.