I’ve got superlatives aplenty running around my head as I type. What follows may seem a little gushy, but I had a good time. Performances were great, the staging minimalistic but exciting and the pace was sharp and snappy, so gush I may just do.

This play is a stage adaptation of the 1946 film, which starred David Niven as Peter Carter. It is a tale of two worlds: the one we know and the one we may well discover – all in good time. If you don’t know the film, Peter is meant to be in the other world but gets missed when he is supposed to have died and falls in love instead. The other world is a bit perturbed by this as it puts the accounting out of kilter … and as far as plot goes, that’s pretty much all you’re getting from me.

It opens as the film does, with the ‘This is the Universe’ speech, which is inventively staged and an interesting spectacle with which to start the evening. Straight after that, the opening scene features the two main protagonists of the piece. Peter Carter is excellently portrayed by Daniel Withey. He puts one in mind of David Niven as things kick off, which is no bad thing at all because, for the opening scene in the cockpit, the dialogue pretty much demands that one should go all ‘Niveny’. But, as the play progresses, he stamps his own take on the part very nicely. 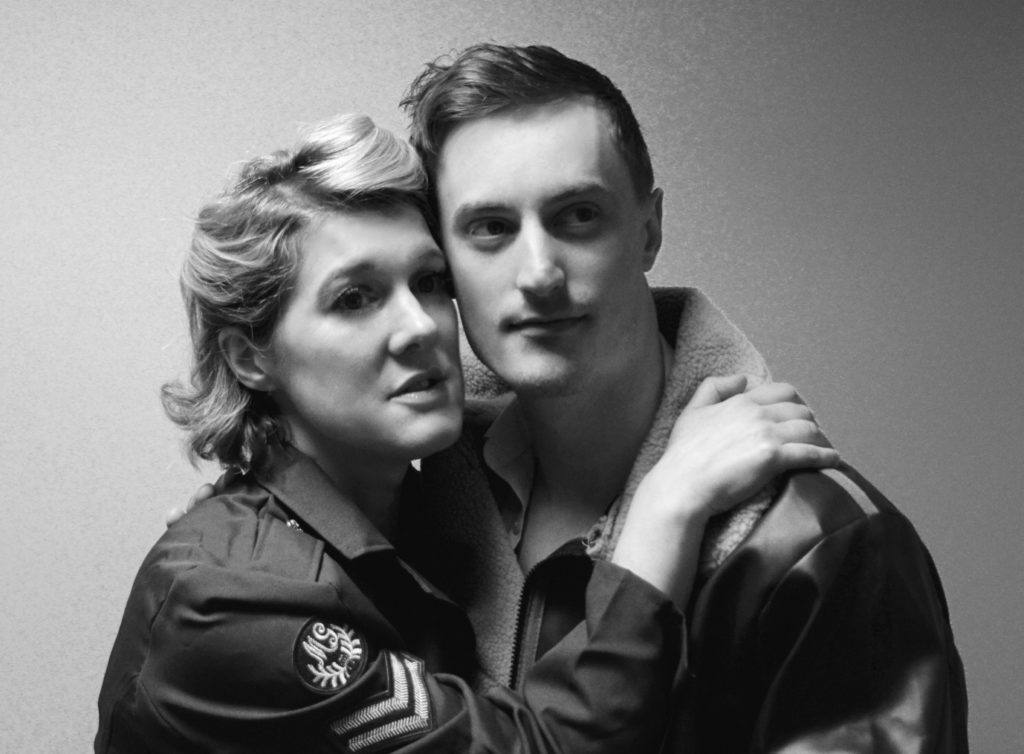 As Peter’s love interest, June, Kim Fletcher is exceptional and carries the accent off beautifully. She is an accomplished actor and it really shows here. In the ‘other’ world, we have the Registrar, a superb Rachael De Courcey Beamish who also pops into ‘our’ world, nicely filling the shoes of Mrs Tucker. Also in the other world is Conductor 71, a late French aristocrat from the 18th-century revolution. Here, James Cowan is a treat to watch throughout the piece

Assistance for Peter in this world is provided by Dr Frank Reeves. Ryan Gregg never fails to impress and this is no exception. There is a period of the play where he and Kim Fletcher are required to stay motionless for quite some time and, whilst trying to keep my eye on the action around them, I found it mesmerising to watch as they kept position so very tightly. It is no mean feat to be frozen in time on stage, but they totally aced it.

Outstanding support is provided in both worlds by various angels, singing troupes of ladies, and nurses (beautifully and entertainingly portrayed by Roseanna Bowen, Sally Beames and Deana Penn). Peter’s best pal, Bob Trubshawe, is a fine performance from Patrick Marsden, while as a doctor, Grae Westgate, is also called upon to be the prosecutor, Abraham. In that part he gives a performance which, for me, is a masterclass in character acting and speech construction – just outstanding.

The pace is crackling, even with the many (necessary) scene changes and for that the director, Rachael Cheeseman, deserves high praise. Finally, I must give a big shout out to Agnes Stevens who hand-painted the scenery flats. I had to ask about them as I felt certain they were hired or something, but, no – hand-painted and stunning.

Superlatives in large number, as promised, but deserving. This is an entertaining evening which I encourage you to check out.