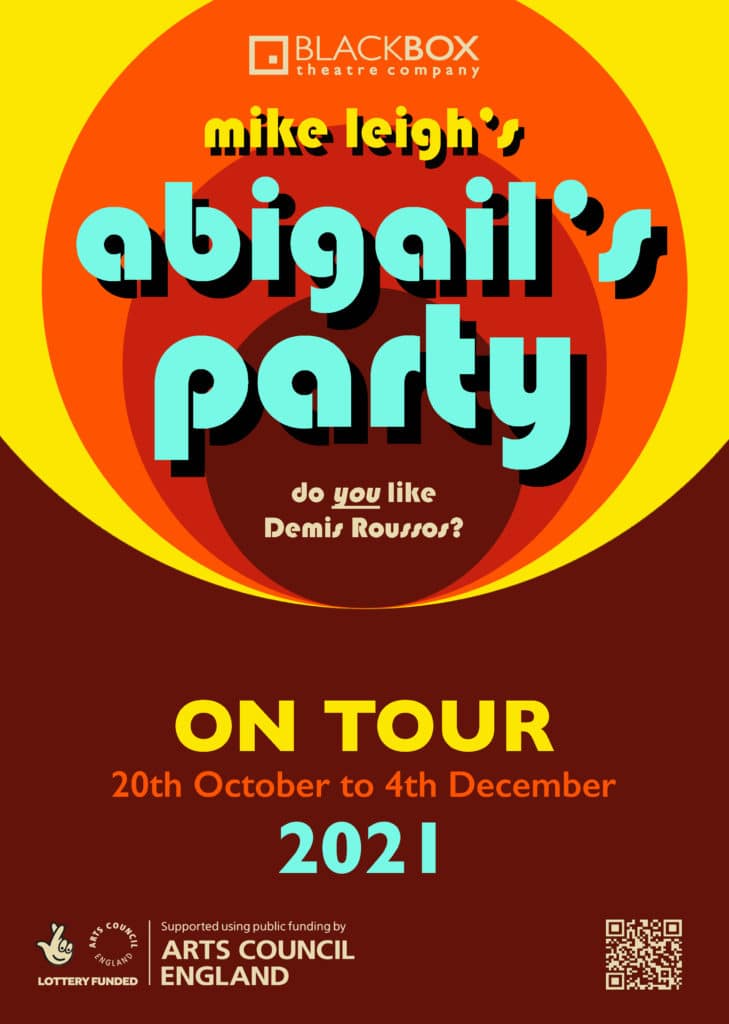 From the outset I wish to state that this is wonderful entertainment. Flawlessly directed by Chris Hawley, this play is expertly put together with cracking pace, tone (of course) and flare.

There are iconic roles, such as Lady Bracknell, Henry V, Shirley Valentine and Prospero, that are forever associated with the actor originator and Mike Leigh’s Beverly is of similar stature, dominating this work from opening shimmies to Donna Summer on her journey to world disintegration.

For newbies to this much-loved and performed classic by Mike Leigh, the play centres around Beverly and her workaholic husband Laurence, who have invited round new neighbours, Tony and Ange, as well as Sue, a nervous divorcee whose fifteen year old daughter is the erstwhile Abigail, throwing a party across the road.

As Beverly plies the guests with gin and tonics, cigarettes, Demis Roussos and pineapple and cheese on sticks, ugly secrets are soon revealed, and this horribly compelling evening descends into anger and nastiness.

As soon as the play opens audiences are transported back to 1970s Britain. The kitsch interior of Beverly and Laurence’s sitting room is aglow with throwback garish furniture and props. The stylised blue dolphins and in your face background décor complete with up to date record player perfectly set the scene, its claustrophobia imprisoning the cast: “they can check out any time they like, but they can never leave” the Laurence and Beverly web. 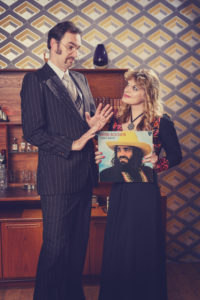 Francesca McCrohon is superb as sexually-charged snob Beverly, who tirelessly attempts to impress her guests. More Jesse Wallace than Alison Steadman and all the better for it, her Lady Macbeth scheming under the heavy palette of bright blue eye shadow is a joy to watch. Any chance her character has to patronise and assert her superiority over her guests is taken with gusto, verve and relish, planned within an inch of its life: tit-bit gossip rolled off the tongue dripping with condescension of high-handed opinion. The revelationary news that Tone is an ex-footballer celebrity is almost orgasmically received by contrast, cementing his not unwelcome fate in the coming sensual dance off.

Beverly’s husband, Laurence, played by Marcus Churchill is not played as totally under the thumb, his Macbeth more than a match for Beverly in the snobbery stakes: the one-upmanship in the class battle (“Do you read, Tony?”) as he hands out the beautifully bound classic books of Shakespeare and Dickens was pure acid. Both characters are fantastically played and engage effortlessly with the others around them on stage.

David McCulloch’s monosyllabic and dead pan portrayal of Tony is both comedic and understated making his character beautifully relevant to the time: his blatant hypocrisy and misogyny almost endearing. 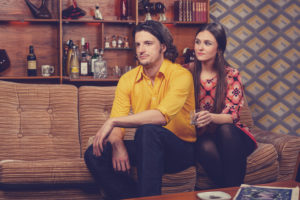 Scarlett Briant plays his dim witted and wide eyed wife, the eponymous “Ange”: Beverly has chosen this victim well as she is an excellent wingman whilst being hilariously naïve to Beverly’s continued advances on her husband. Her facial expressions, especially in trying to “move” to Beethoven were constantly entertaining, her timing and assembly of a sentence captured completely the wanting desperation of acceptance into what she believes is the social elite.

Jenni Bowden brings gravitas and a real sense of “what the hell am I doing here” presence to the role of Susan, perfectly encapsulating that look of polite façade as her life story is used as cannon-fodder by Angela and the Gorgon Beverly for their own entertainment. 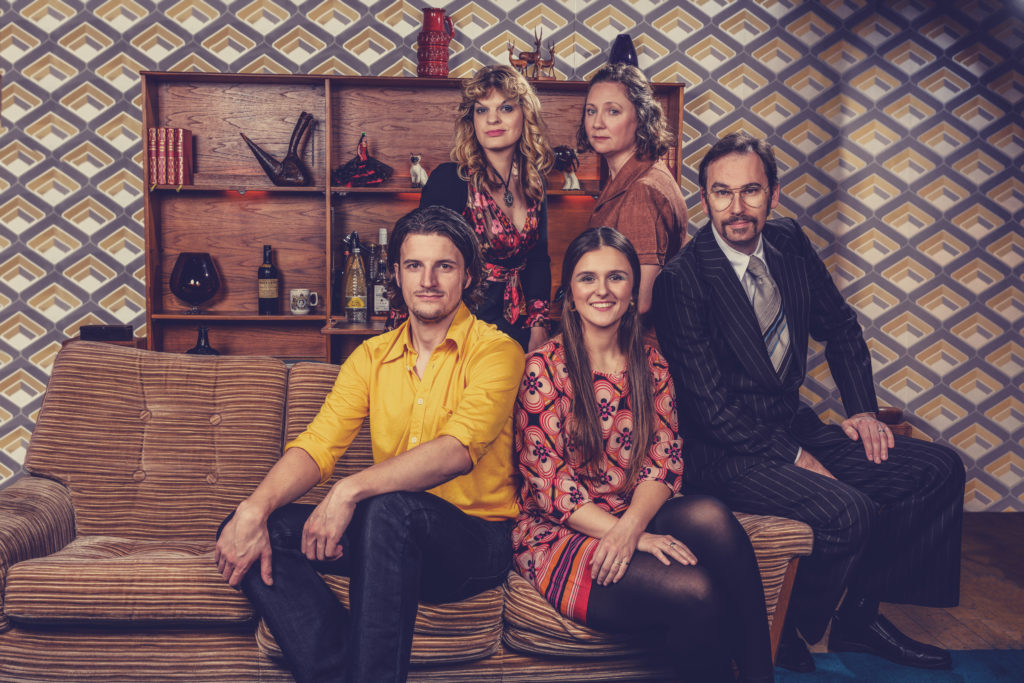 Despite its bleak undertones Abigail’s Party is still brilliantly funny. Whilst the focus in past productions seen has been on Beverly, this feels more like an ensemble piece with all the characters allowing a share of the deserved limelight.

Just a little top up….do you agree with me, Ange? I definitely do.