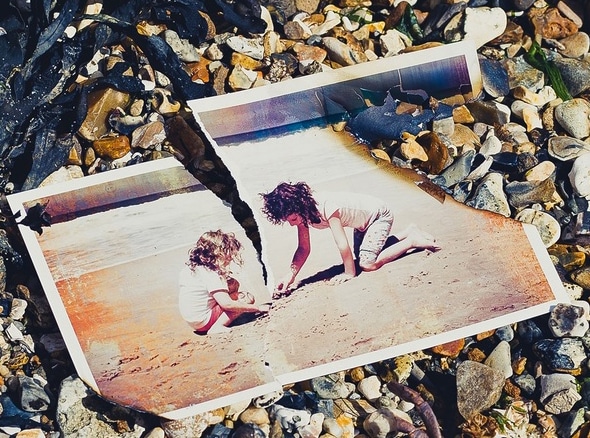 Abstract artist Virgie invites her daughter, sister and closest friends to her 84th birthday celebrations at her beach-house home – then proceeds to shock them all by confessing to being ‘an octogenarian intent on suicide’: she is determined to take a one-way walk into the sea in order to avoid her body and mind degenerating as she gets older. However, she underestimates their determination to thwart her plans….

Playwright April de Angelis is quoted as saying that she wanted to create ‘a powerful older woman who wants to take control over her life’, while the programme describes Virgie as ‘an extreme example of the tug women experience between children and work’. Virgie reflects the emotional struggle between being a mother and maintaining her own identity and passions, as she boldly declares that she showed her children her love for them through her paintings, when all they craved was her maternal love and attention.

The characters are mostly strong women and are matched by equally strong performances from the predominantly female cast. Mary Mitchell is passionate and compelling as the free-spirited, fiery, embittered, contemptuous old woman; her diatribes against her children (including her uninvited son, who nonetheless makes an unwelcome appearance at her celebrations), sister and friends are viciously delivered, but the subtleties of her facial expressions when she is not speaking (most notably after the event that changes all of their lives) show a depth of characterisation and skilful creativity.

Sarah Andrews (her daughter, Haydn), Karen Fizsimmons (her sister, Shirley) and Dee Jones (one half of her bickering married friends, Sonia) all give convincing performances in their supporting roles: Andrews is beautifully understated and actively listens to the raging war of words around her, before firmly responding with controlled fury and resentment; Fitzsimmons is the epitome of the disapproving, austere retired headmistress; Jones’s refined, restrained reactions combine with her dry, shrewd, acerbic speaking to great effect.

The pace is really good, keeping the narrative moving through what could, by the nature of the play, be a very static production and director Peter Andrews should take credit for ensuring this fluidity throughout. Projections and lighting effects on the white backdrop work well with the sound effects and choice of scene-change music to create a very atmospheric setting, but, if anything, could be used more to keep the ambience flowing.

This is billed as a moving black comedy, but it is a challenging, confrontational, feminist, politicised and controversial play. At times I found some of the dialogue and subject matter to be distasteful in the extreme, but it is the play itself that I find contentious; there is a very clear distinction between that and the quality of the acting on display, which is impressive. If you are easily offended by liberal profanities, macabre themes and divisive ideology, then this may not be for you. However, if you like your theatre to be provocative and cutting edge, then the powerful performances on display here will impress you.