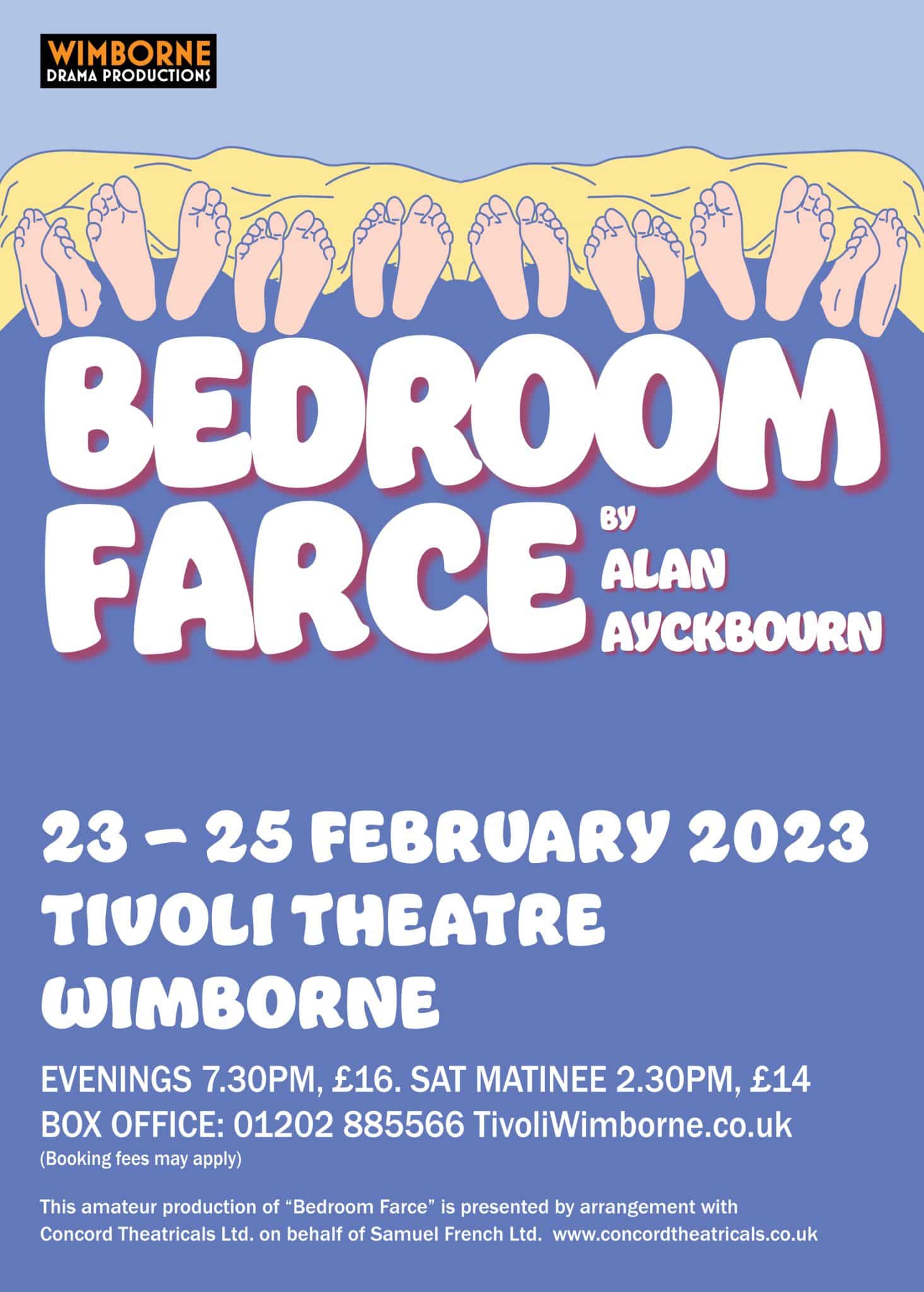 MARRIAGE COMEDY COMES TO THE TIVOLI

One of the 20th century’s classic comedy of manners comes to the Tivoli Theatre in February when Wimborne Drama Productions will perform Bedroom Farce by Alan Ayckbourn.

Funny, gripping and acutely observed, Alan Ayckbourn’s play lifts the lid on the secrets of marriage. Over the course of one hilarious night, an outrageously selfish couple parade their problems around the bedrooms of three other couples, exposing the cracks in other people’s marriages as well as their own.

Directed by Michelle Barter and Suzanne Viney, the play stars Richard Scotson and Rosie Nye as Trevor and Susannah, Tim Fearon and Judy Garrett as Ernest and Delia, James Renwick and Bethan Morris as Malcolm and Kate, and Colin Pile and Julie Sissons as Nick and Jan.

Wimborne Drama Productions have chosen to revive the play which marked their first ever production at the then recently re-opened Tivoli Theatre in 1994.

Publicity Manager Richard Neal explained the attraction of revisiting the play: “Bedroom Farce never dates. It shows Alan Ayckbourn at his very best. He presents what you think is a safe and cosy suburban comedy. But scratch the surface and something darker emerges.

“What is also so brilliant about the play is that almost every married man or woman in the audience will identify with at least one of the characters.”