Blithe Spirit is one of Noel Coward’s best-loved plays. Written more than 75 years ago, it has a relatively timeless quality and with a supernatural theme, it is easy to understand why the play remains incredibly popular, both in amateur and professional productions.

If you’ve never seen the show, the premise is that Charles Condomine has invited local eccentric medium Madame Arcati to conduct a séance at his house, with the purpose of uncovering the ‘tricks of the trade’ that he can use to develop in his next novel about a homicidal medium. Things don’t go as expected when the ghost of his first wife appears, visible only to him, causing ructions between him and his second wife.

The show takes place in the front room of the Condomines’ stately home in the 1940s. David Woodward has designed a simple open set with some period furniture and a definite homely quality, although I am not convinced that some of the fixtures really suited the period – thankfully this is not a significant distraction. 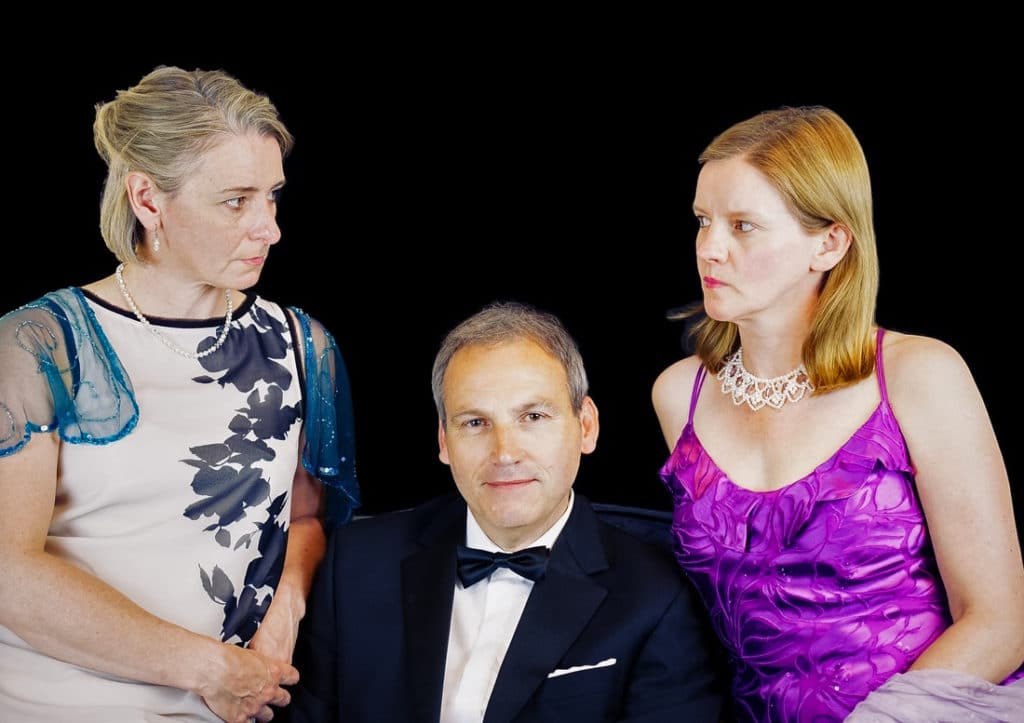 With a cast of just seven, this is a show that draws heavily on the relationships developed between the actors. Peter Andrews plays laid-back Charles with a simple but charming quality. His diction is clear and his mannerisms suit the endearing novelist. His second wife, Ruth, is played with apposite jealously by Sarah Andrews, although I would have liked to have seen more tension between these two when the deceased first wife starts to meddle in their lives.

Alec Walters portrays a suitably adept Dr Bradman – who, together with his wife, is present at the initial séance – although given that the actor has been a doctor for more than 30 years, this is hardly surprising! His stage wife is played by Heather Bradford, who delivers a delightful supporting role, with just the right level of tension between her and her husband.

Charles’s first wife, Elvira, is played by Eleanor Marsden, who brings a real mischievous quality to the role. Her performance has great energy, akin to a roguish sprite. If anything, I was disappointed that her make-up didn’t make more of her ethereal quality. She wears a beautifully floaty dress, but her skin colour would benefit from being more washed out.

The eccentric medium is played by Mary Mitchell. Her performance is nothing short of brilliant – the eccentricity oozes from her as she cavorts around the set, with some delightfully executed comic pauses.

The scene-stealer is definitely Jenni Walker, whose nervous but speedy servant girl, Edith, was played with sufficient comedy without heading towards the realms of Mrs Overall in Acorn Antiques!  The part of Edith may be small, but it offers the actress such a wealth of opportunity to shine, and Jenni grasped the opportunity with both hands.

In general, the show is well costumed, with Charles and Ruth showing a range of different outfits for the various times in the show, while Madame Arcati dazzles in her medium garb. The sound and lighting are simple, and really doesn’t need to be any more complicated.

All in all, a good production of a classic – Blithe Spirit is so well written that everyone should see it, and this is a production well worth seeing. Thankfully it runs until 23 September (at 7.45 each evening, with a matinée at 2.30 on 23 September), so there is still time.