People who traditionally go to Christmas shows seem a bit more pious and family-oriented than those who don’t. I’m not talking about those ‘adult pantomimes’, which, if performed at any other time of the year, you would have thought had been written by someone incarcerated in Broadmoor. No, I’m talking of those who like to recreate an idyll of Christmases past which only ever really existed in stories or on Christmas cards. Close scrutiny of this demographic would show that over the Yule period, they prefer to be surrounded by family of all generations, limit their television viewing, partake in a deluge of food, probably play parlour games, might attend a church service and have children who have not been over-indulged.

Personally, it’s nothing I’d want for myself, but it’s fine for those who prefer love, company and spiritual fulfillment to things of real value. However, in an attempt to be converted and to save myself from the inevitable visitation of spirits from Christmases past, present and future, this cotton-headed ninny-muggins (think more Fairytale of New York than Merry Christmas Everyone) accepted the offer to review Bob and Lorna’s Christmas Party at the Shelley. 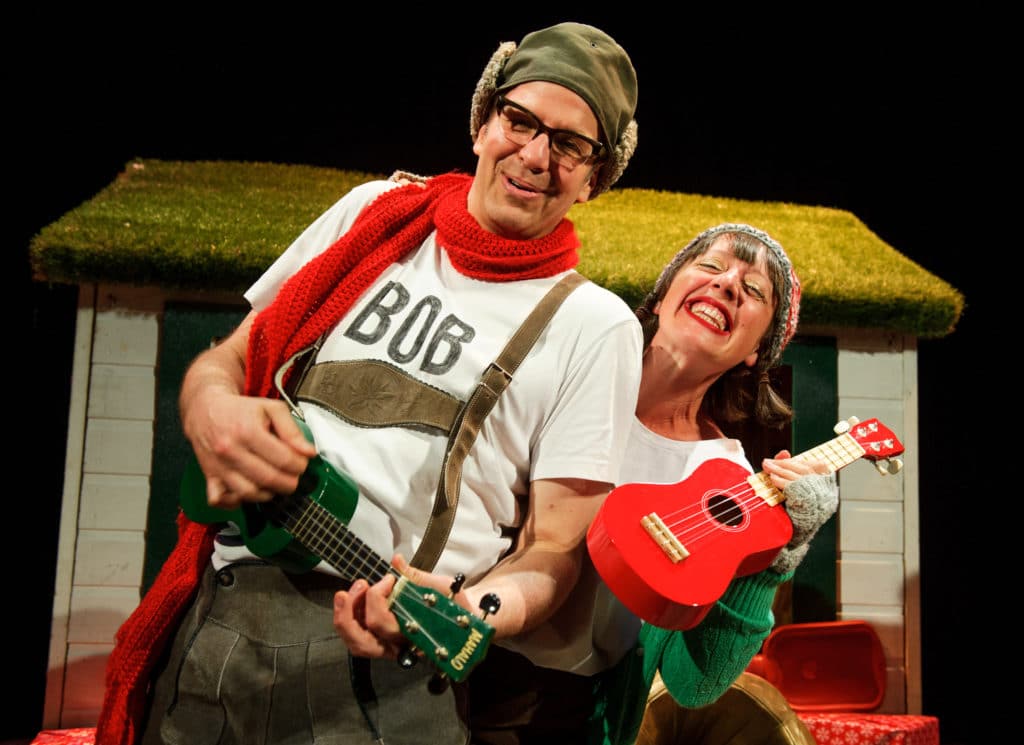 As described in their blurb, ‘This is a festive treat that is both a show and a party, all wrapped up in a bundle of loveliness’, and frankly, it is. Without wanting to give the game away, it takes the best bits and wraps them up tighter than a pig-in-blanket into that same warm feeling as having your tonsils silkenly kissed by a creamy mouthful of Baileys, imbibed on the stroke of midnight on Christmas Eve. With the heady aromas of cinnamon, spices and pine needles lingering on the palate, Bob & Lorna’s Christmas Party isn’t just a theatrical experience. With an entrée of serenading choirs and games in the foyer, to a main course of traditional showmanship, finishing with a pudding of a party back in the foyer, this is a concept which is refreshing and schmaltzy with a hint of cheese, yet is always fun.