Buddy is one of those shows, like Joseph or Blood Brothers, which always seems to be on tour somewhere in the UK: as it will celebrate its 28th anniversary this year, it has woven itself into the fabric of touring musical theatre. It is perhaps showing its age a little around the edges, but it has the priceless asset of Buddy Holly’s music and to judge by the way the floor of the Mayflower vibrated under the tapping feet of its audience – by no means all of them the baby boomers who enjoyed songs like ‘Peggy Sue’ and ‘Rave on’ the first time round – that will be enough to ensure its popularity for at least another 28 years.

The Beatles, the Stones, Eric Clapton and other heroes of the ’sixties have talked of the enormous influence that Buddy Holly had on them. Although he came from a musical family, he was a fairly unprepossessing teenager – ‘You’ve as much sex appeal as a telegraph pole,’ says the DJ who first spotted him, the deliciously named Hi-pockets Duncan – yet he established himself as a seminal influence on popular music. The reason, well brought out in the show, was his absolute inflexibility about his music: he knew exactly what he wanted artistically and if getting it meant changing managers or record labels, or falling out with fellow-musicians, so be it. It was the same determination that helped him persuade his wife, Maria Elena, to accept his proposal of marriage within five hours of meeting her.

Glen Joseph has been playing the part of Buddy for nine years and it is impossible to fault his energy, his voice or his guitar-playing – apart from the very first scene, all the music is played and sung live on stage. He might be the first to admit that neither his face nor his physique is that of a nineteen-year-old, while Buddy’s trademark heavy-rimmed glasses and broad grin give a slight but distracting resemblance to Eric Morecambe. But he carries the show on his shoulders and full credit to him that they are broad enough for the job.

A large supporting cast is led by Josh Haberfield and Joe Butcher as the Crickets: a terrific drummer and bassist respectively, as well as accomplished actors. Most of the cast play several parts, and Matthew Quinn stands out as Hi-pockets Duncan and as an over-the-top MC at Clear Lake, Iowa, the venue for Buddy’s last concert. 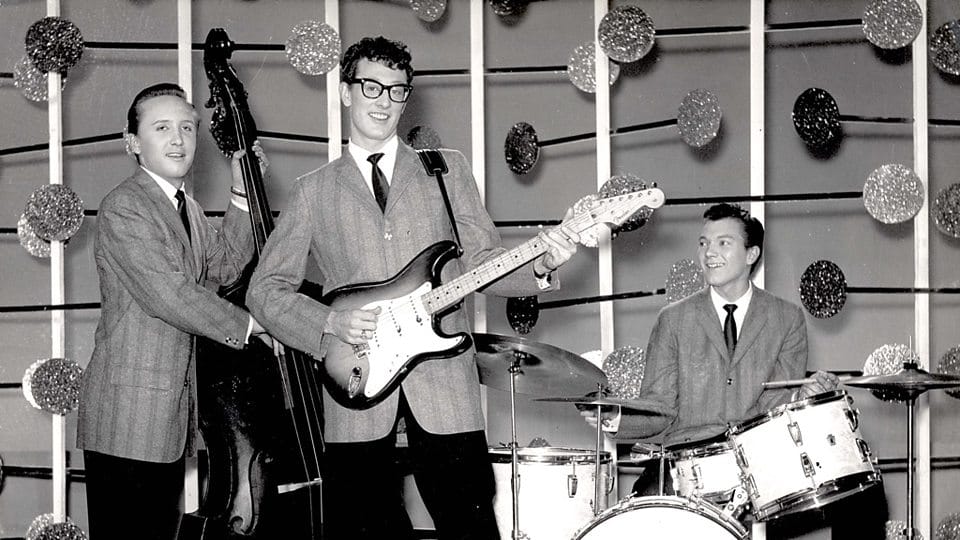 Buddy Holly’s songs are interspersed with others from the era. A rendition of ‘Shout’ at the Apollo Theatre, Harlem, takes its title too literally, but at the Clear Lake concert (which takes up most of the second act), there is a lovely close-harmony rendition of ‘Why do fools fall in love’, as vigorous a ‘Chantilly lace’ as you could wish from the Big Bopper (Thomas Mitchells), and a memorably sexy performance of ‘La Bamba’ by Ritchie Valens (Jordan Cunningham).

Buddy Holly was 22 when he died in a plane crash on the way from Clear Lake to Minnesota. It is a sobering thought that had he lived, he would still be only 80. How many more classics like ‘That’ll be the day’, ‘It’s so easy’ and ‘True love ways’ would he have written? Buddy sends us out asking that question, but also revelling in the music he left behind.