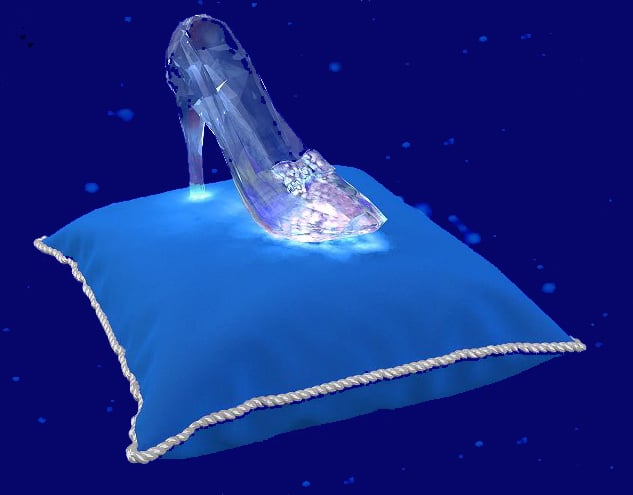 Written for television, with music by Richard Rodgers and a book and lyrics by Oscar Hammerstein II, this show is based upon the fairy tale Cinderella but with Middle America very much in mind. The story is basically the same, in which a young woman is in a life of servitude to her stepmother and self-centred stepsisters and dreams of a better life. With the help of her Fairy Godmother, Cinderella is transformed into a princess and finds her prince. It was originally broadcast live on 31 March 1957 as a vehicle for Julie Andrews, who played the title role.

Those expecting to see gender-swapping, to boo and hiss the evil stepmother and to see a chorus of forest animals will be sadly disappointed as this is a far more gentle and earnest script, clearly lovingly visioned by director Victoria Luke.

Kate Robbins brings all her charm and natural stage presence to the fore as Cinderella, especially in the transformation scene, which is delightfully done. Her singing throughout is pure and winsome. Susie Maycock continues to shine, bringing grace, poise and warmth to her Godmother character with just the right touch of impishness, too. Her act 1 song is delightful, she and Cinderella clearly enjoying their time together. Without giving away too many spoilers, setting the show in modern times allows for slightly more ingenuity in how the Godmother shows her general prowess and with regard to coaches and horsemen: the way the dress and hair are revealed anew, employing a very special umbrella, is especially good and cleverly done, as is all her magic.

Ann-Marie Sait is suitably ‘bad’ as Stepmother, complete with Patsy wig and faux leopard skin, while Amanda Peaty and Kate Mathieson twitter their disdain in outlandish Essex girls style, relishing their ‘Stepsisters’ lament’ duet. The script, however, does not allow for anything more than grand irritation on behalf of the somewhat bemused jealous baddies (Cinderella is even thanked at one point by one of the sisters), and the act 2 song, although deliciously performed by ‘the family’ is somewhat at odds with the content of the well-known tale and worlds away from a Grimm storyline.

James Gould sings and dances his way into Cinderella’s dreams with macho steadfastness, while Tina Adams and Jonathan Fulcher provide humorous distraction as his concerned parents. Able support comes from Matthew Pike and Russell Dutton and a focused chorus, harmonising well alongside a full orchestra on top form under the baton of the very reliable and competent Nigel Finch.

Gill Parry’s elegant choreography employs the stage fully, the servants’ silver tray movements being particularly memorable and well-executed. The set is a reminder of the story’s origins with vertical book-ends revealing the title in various languages, the central pages being turned as appropriate to the scene portrayed. This works very well throughout. Lighting is somewhat dark, almost sombre, but maybe this is to emphasise the romantic essence against a more usual brash, loud pantomime approach to this story. Props are well sourced, the slipper and cushion being very nicely done, and costumes add to the classy feel of the piece.

Overall, this is a different approach to something you think you know and enjoyable for that – without an ‘Oh no it isn’t’ even being whispered.