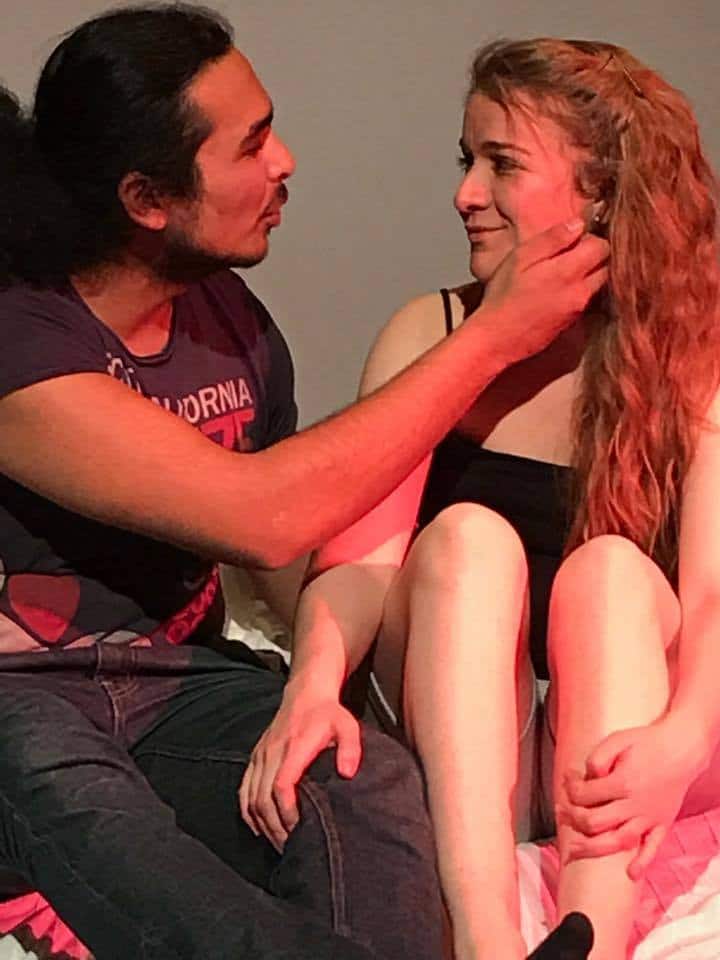 The second play by British playwright Patrick Marber, Closer was originally premiered at the National Theatre in London in 1997 and made its North American debut at the Music Box Theatre on Broadway in January 1999. It was adapted by the author as a 2004 film of the same name, produced and directed by Mike Nichols.

In the intervening years I wonder if audiences have become insensitive to its relentless sexual language and observations and thus desensitised to the power of the narrative and almost bored by its shock value. All the characters involved grow ever more unlikeable as the years pan out, revealing the result of choices made in the name of what they believe to be love and truth.

Kaus Sameer, a brooding and remote Dan, has a chance encounter with Suzanna Tomkins’s mischievous Alice. Despite the declaration of ardour, he finds a need to experiment on the internet and arranges an encounter with Larry, a complex Ryan Harris, and Anna, a thoughtful Gina Thorley. This sets up the rest of the plot that mixes and matches them with or without each other in the passing years.

It was a brave decision by director Rob Mcgough to take on a play that is so brutal in its declarations and characters. However, the rather languid approach to the dialogue doesn’t quite hit the mark when the self-obsession of each party needs passion, not compassion. They are all rather nice, too nice to each other, when they should have been perhaps more strident and artful.

The cast work very hard to sustain interest in their individual characters’ fates and the way each couple move their deliberately sparse set around each other is very clever and expertly done, adding to the prison-like feel of the piece generally. Lighting and sound are very good, adding to the effect, the famous text scene expertly placed between the two males but rather slow in its delivery, which unfortunately compromises its humour and shock value.

The play is all about truth of feeling, the script relishing its dangerous subject matter, and is therefore not for the faint-hearted, containing sexual themes and very strong language. None of the protagonists get a happy ending or really understand ‘love’ at all. The moral climate is now so altered, I am not entirely sure what this play says to a 2017 audience. One for fans of this genre. They can catch it at Chesil Theatre, Winchester, on 15 April at 7.45 and at the Winchester, Bournemouth, on 16 April at 8.00.