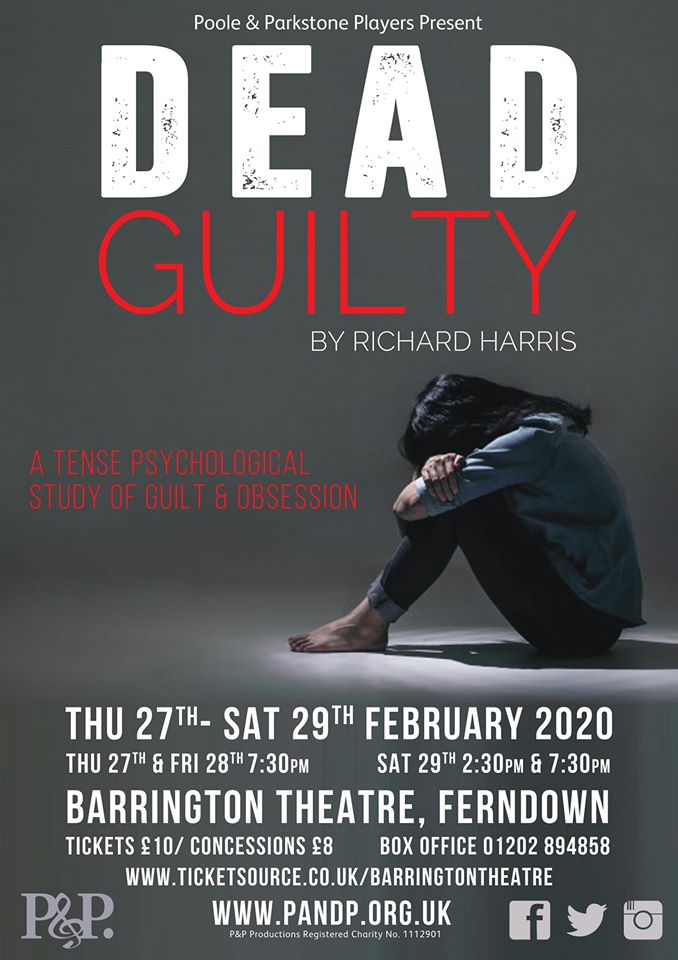 This was my first opportunity to see both P&P and the play. Richard Harris, perhaps better known for comedies such as Stepping Out and Outside Edge, wrote this psychological thriller in the 1990s. His career has also included many television dramas such as The Sweeney.

This play concerns the aftermath of the death of John Haddrell from a heart attack at the wheel of his car. His lover Julia is with him, and whilst recovering from the injuries sustained in the ensuing crash, she is helped by Anne the counsellor and Gary the possessive handyman, who lacks interpersonal skills, and visited by Margaret, John’s widow. Margaret is loving and caring, and desperate to make a connection with the last person to see her husband alive. But is everyone all that they seem?

The action takes place in Julia’s small late-Victorian house in West London, where she works from home as a freelance graphic designer. The set portrayed this very well and the stage at the Barrington is big enough to accommodate several entrances and exits, including French doors to the garden. A lot of attention to detail had gone into the furniture and set dressing, with brown furniture of the period but splashes of orange in the curtains, picture etc as a contrast.

The play itself presents several challenges for any director and Tony Hessey overcame most of these very well. As Julia is largely immobile due to her leg injuries, the play could be quite static, but the actors moved around the stage fluidly. The numerous scene changes might also have been a problem had not the stage management done an excellent job, setting and striking props efficiently. However, I did wonder if the sofa was in the best place centre stage. It meant that the actors were sometimes stuck upstage behind it and we only saw them from the waist up.

As there is a lot of dialogue, which is interrupted by the scene changes, the play relies on creating characters that we care about. Julia, played by Claire l’Anson, made a strong start in the first scene with her emotional explanation of the accident to the coroner. She continued to be convincing in her portrayal of a woman under pressure, as plants in her garden appear unexpectedly and broken vases seemingly mend themselves.

Gary, the affable but simple handyman, was very well cast with Simon Dade giving a performance that made it clear he had very strong feelings for Julia, but struggled to pick up how uncomfortable and suffocated she felt. In contrast Veronica Ryder, as the bereaved wife Margaret, gave a good portrayal of a woman who has much more going on beneath the surface than first appears. The part of the counsellor, Anne, was well handled by Barbara Bone who combined ‘matter of factness’ with a caring attitude. We also heard Angus Maule as the voice of the Coroner.

The lighting and sound was well designed and operated, and used to good effect by the director to create both mood and menace.

Although P&P did a good job with the play, I wonder whether it is actually more suited to television as the many scene changes made it somewhat disjointed and difficult for the company to maintain the tension. However, the final scenes were engrossing, as all is revealed!

The run continues with evening performances until 29 February, 7.30pm each evening with a 2.30pm matinee on Saturday.