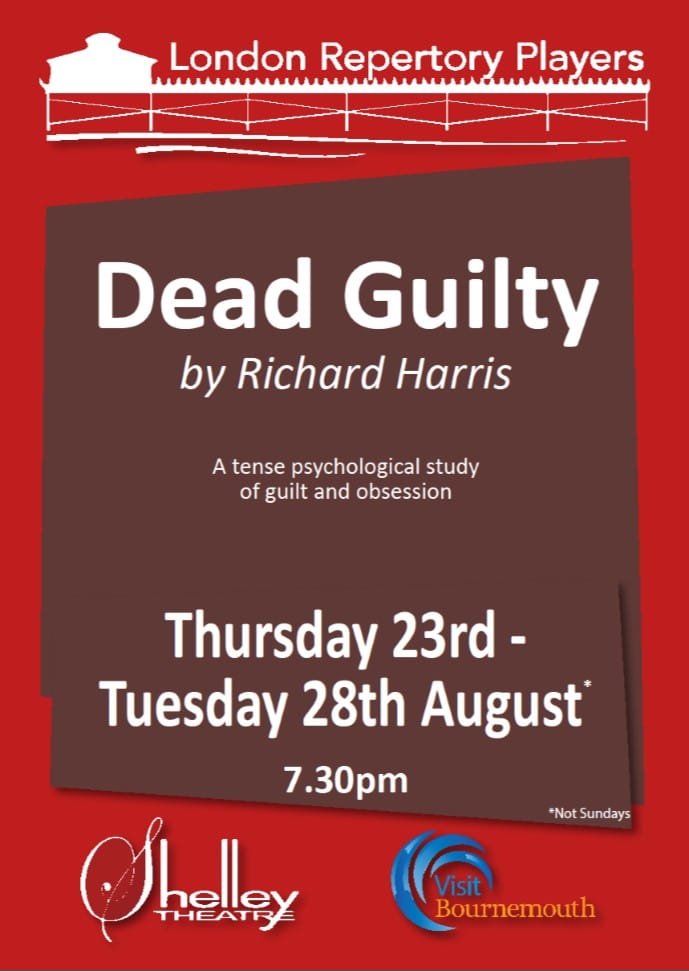 Quite often, sitting down to write a review can require a fair degree of careful forethought, a judicious choice of wording and an amalgam of being entirely honest while trying to ensure that every word is constructive and, above all, fair. This is not such a task. The production, direction and performances are excellent.

Richard Harris’s four-hander, described in the programme as “A tense psychological study of guilt and obsession”, fairly soon becomes a question not of who did what but one of how swiftly and by what route we are going to get from initially establishing characters, situation and background to a dénouement that seems unavoidable. Played out episodically, in sequences of very varied – but always absorbing – length, in the wrong hands, directed or acted no more than competently, it could lose its momentum and the audience’s engagement. Played and directed as well as this production is, there is never a risk of that occurring.

Set in a small Victorian house in West London, economically but effectively realised in Mark Phillips’ design, the play opens with the owner, Julia Darrow, recovering, both physically and emotionally, from injuries sustained in a recent car crash that resulted in the death of the driver. Julia is supported by counsellor Anne Bennett, played with unfussy earnestness and a precise sense of the character’s importance by Amanda Chennell. More informal support is provided by Julia’s part-time handyman-cum-friend-cum-would-be-significant other, Gary, more sincere, obliging and eager than he is insightful. Al Wadlan, one of LRP’s core actors and always convincing, here breathes life into a persona unlike those that I’ve previously seen the actor portray. In doing so, he produces a very sympathetic performance as a character used sparingly and tantalisingly by the playwright. Both make important contributions to the audience’s engagement with the play, not least as allies for – and gauges of the state of mind of – Julia.

At the heart of the play, though, the more so as it unfolds, are Julia herself and the visitor who quickly comes to provide a third and increasingly authoritative source of support, Margaret Haddrell. Each of the two roles provides its player with significant challenges and opportunities. The success of any production will depend on how well each is played and, equally, on the dynamic between them. As Julia Darrow, Victoria Porter is excellent, moving to and fro between confidence, assertiveness, vulnerability and confusion with real dexterity – and managing to sustain a consistency of characterisation that never wavers. Alongside and against her, Kirsty Cox adds to two very successful performances in LRP’s recent ‘Dangerous Corner’ and ‘Suddenly At  Home’. She judges her playing of Margaret beautifully: to the surface poise, control and sense of being on a mission of mercy is added a consistent sense of that something more that lies within the sub-text. Because of the strengths of the two actors’ performances, the scenes between Julia and Margaret are always completely absorbing so that, even while eagerly anticipating the ending, one is very happy to savour more first.

This production is the fourth and last in what has proved a very popular, entertaining and successful third summer season by London Repertory Players at Boscombe’s Shelley Theatre. It runs until, and including Tuesday evening, August 28th. Friday evening’s performance was not sold out; the remaining performances certainly deserve to be. Ring the Box Office on 01020 413 600 or go onto the theatre’s website and grab your tickets now.