Every now and then, it feels a privilege to witness something for the very first time. Echo’s End – commissioned and produced by Salisbury Playhouse, in its world premiere run – certainly falls into that category. Set in 1915 Wiltshire, this is a beautifully written and crafted story of the domestic impact war has on the lives of two young people. John and Anna have grown up as childhood friends, with their families expecting this innocent closeness to blossom into something more. However, as John signs up to fight for his country and Anna ponders on a wider world than that she has been born into, their lives take very different paths from what either they or their families anticipated. A developing love torn apart by war would seem to be a dour and depressing story, but Barney Norris (winner of the Critics Circle Award 2014 for Most Promising Playwright) brings warmth and humour to his characters and a depth of narrative that is both heart-warming and poignant, enhanced by Alice Hamilton’s sensitive and perceptive direction.

The thrust stage and simple yet very effective scenery make for an immersive, intimate environment, creating a magical illusion of an organic hillside where the audience are observing living characters (not ‘merely actors’) who are overlooking the army camp on Salisbury Plain below. Silhouetted scene changes with the actors re-dressing the stage in character, with stunning atmospheric lighting and subtle rural soundtrack, perfectly timed to fit the dialogue, help to keep the story flowing naturally and to draw the audience into the world of 1915. The direction and positioning on this thrust stage ensure that you could see the same play on different occasions in different seats and enjoy a completely different perspective each time. 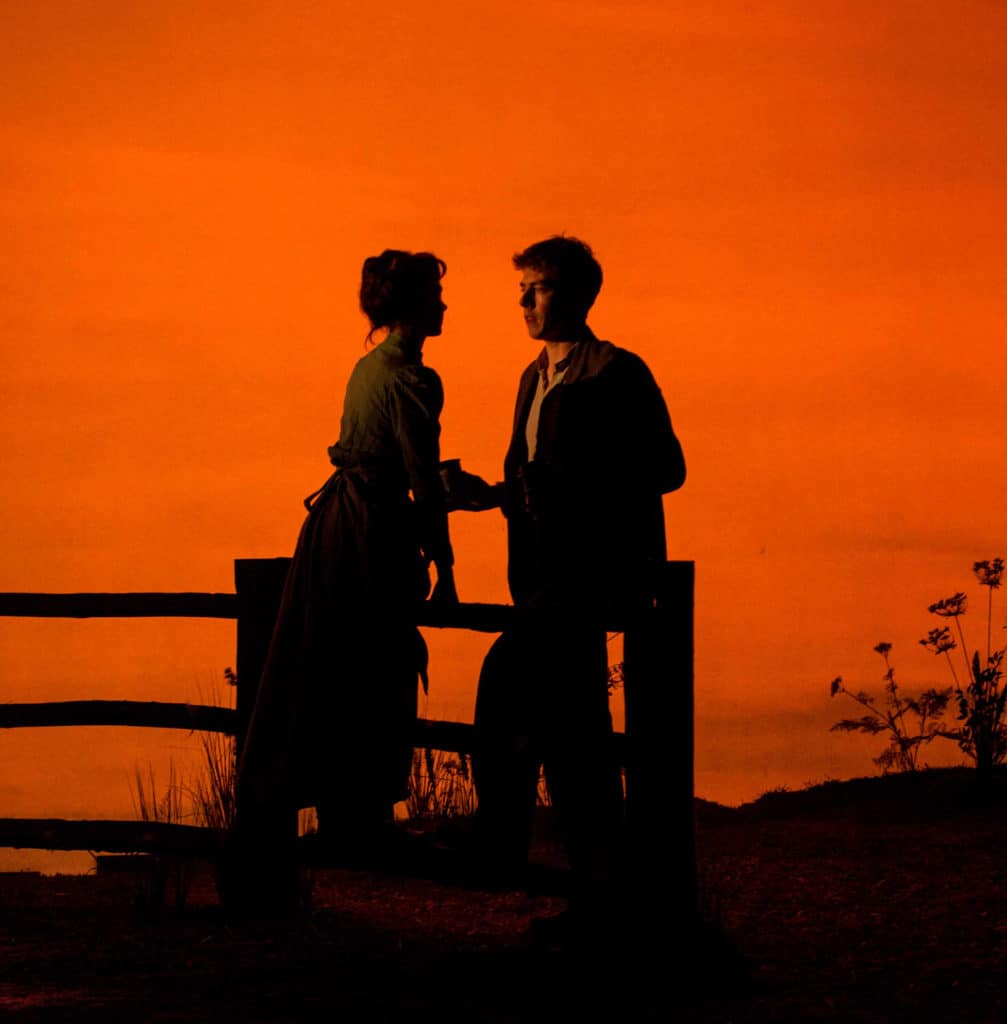 However, the power of this play lies as much in the strong performance from each of the six cast members as it does in the directorial and production elements. They all fit perfectly together as a community, and yet each has created and portrays a very distinctive and authentic character, capturing the essence of his or her individual nature and covering a wide gamut of emotions.

Katie Moore (Anna) and Tom Byrne (John) are a totally engaging couple, drawing you into their lives and relationship, with Oliver Hembrough (Anzac Jack) a delightful, humorous and charismatic addition to their dynamics; Byrne’s progression from boy to man is completely credible, heartfelt and emotive, while Moore’s understated, powerfully poignant performance is compelling, brilliantly and seamlessly showing her innocence, passion, feistiness, vulnerability and strength as events and circumstances unfurl.

David Beames (Arnold) and Sadie Shimmin (Margaret) portray of the parents and capture the heart of the battle that all good parents must face: the inner fight as they want to protect their children from the outside world, yet must encourage them to spread their wings and fly the nest, although constrained by their own beliefs and experiences. Robin Soans (Jasper) is wonderful as the cheerful, optimistic, wise and colourful storyteller, bringing warmth and humour and a sensitivity that is very endearing.

I started by saying that this is a beautifully written and crafted (and performed) play. It is more than that: it is one that breathes the essence of live theatre and encourages me to explore other narratives from this young English playwright.

A powerful example of inclusive theatre, Echo’s End runs until 15 April (at 7.30, with matinées on Thursdays and Saturdays at 2.15), with a BSL interpreted performance on 11 April (7.30), captioned performance on 12 April (7.30), audio description and touch tour on 13 April (2.15 and 7.30) and post-show talk on 11 April. I would thoroughly recommend this production on all levels.