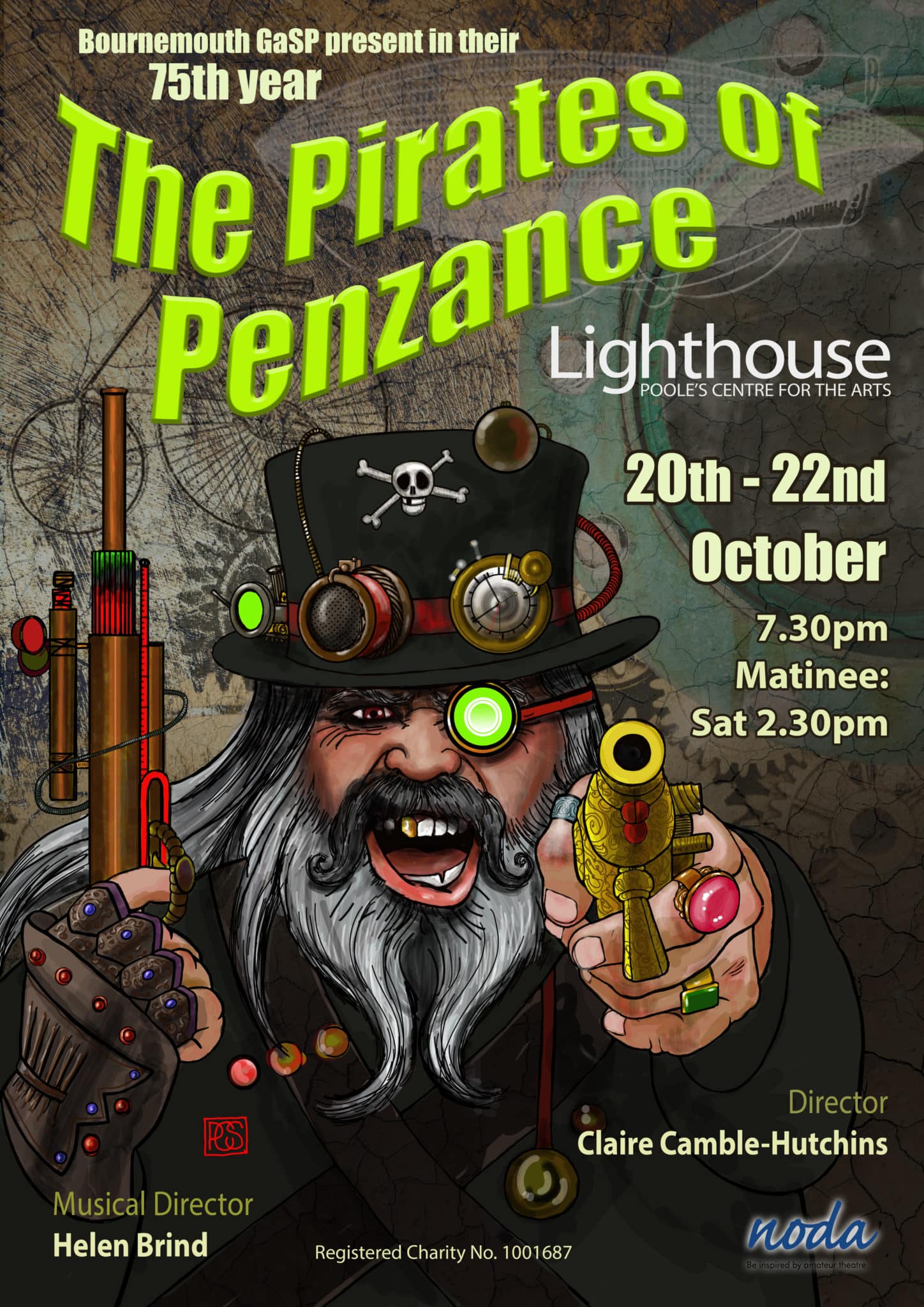 The Pirates Of Penzance

Pirates with sentimental hearts, blundering policemen, crazy adventures and improbable paradoxes. Gilbert and Sullivan’s comic The Pirates of Penzance is filled with fun and laughter.

Frederic, a pirate’s apprentice, falls head-over-heels in love with Mabel, the daughter of Major-General Stanley.

On his 21st birthday Frederic is finally due to be released from his apprenticeship.

But being born on 29 February, a leap year, Frederic discovers that he is technically still way off being 21 years and is therefore still bound in his apprenticeship to the Pirate King.

Although very much in love, he is dedicated to his duty and so remains with the Pirates, this action causes all sorts of complications and hilarity with Pirates versus Policemen.

But who will triumph? And will Mabel and Frederic find their happy ever after?

Tickets: All performances Adults £22.50, Under 16s (when accompanied by an adult) £10; Available from Lighthouse Poole Ticket Office 01202 280000 (telephone booking fee applies) or online.