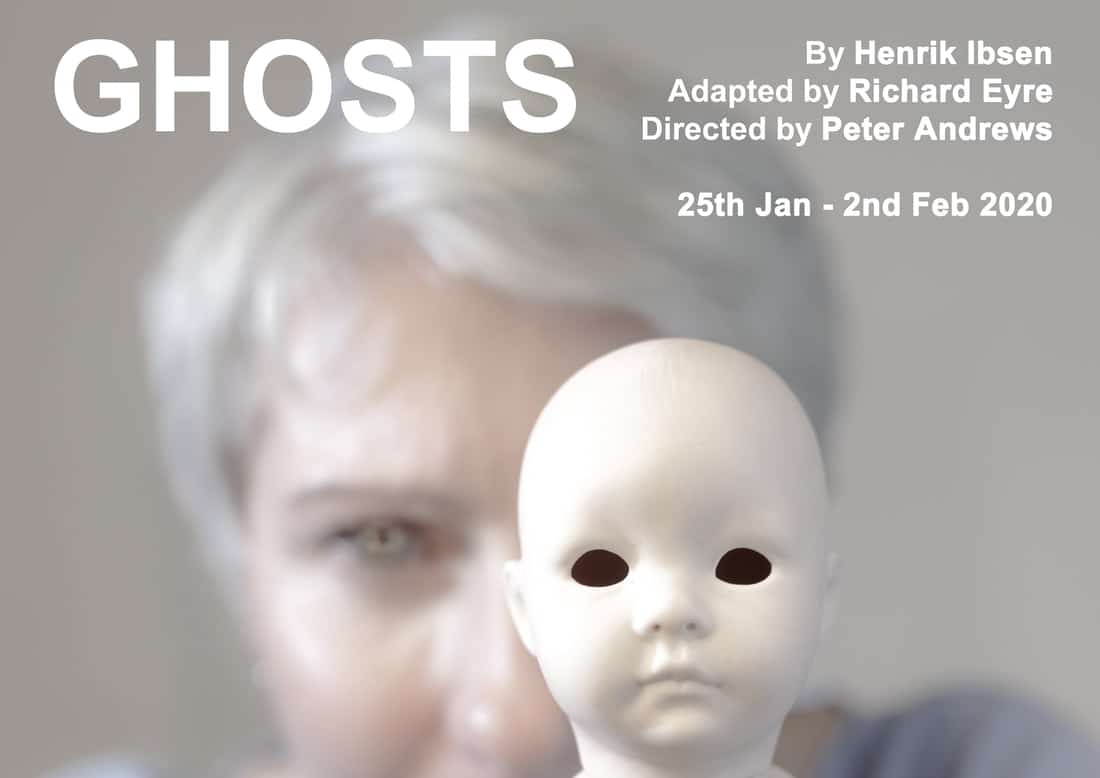 Ibsen’s Ghosts is not the supernatural tale you might be expecting, but a reference to how the ghosts of someone’s past may continue to haunt their current life and situation. Helene Alving’s personal ghosts re-emerge as the orphanage she planned as a monument to her drunk and abusive (deceased) husband, and a means to ensure her son has a ‘clean’ financial inheritance; but might she be able to exorcise those ghosts by telling her son the truth about his father, or is it too late? Who else might those ghosts be coming to haunt next?

This is a play that shocked 19th century audiences when first performed in 1881 and was even banned in England as it was so “shocking” and “debauched”. While this contemporary production, with a script adapted by Richard Eyre, may not be that contentious, the subject matter and subtext is just as powerful today, reflected by the sharp intake of breath at times from the audience. I wasn’t expecting laughter from this play, even with gallows humour, but there were moments when sections of the audience did laugh, perhaps as a release of nervous tension and their shock at what was being said rather than finding it actually funny. I am sure that would not have happened without the intense and powerful performances of the cast under the expert direction of Peter Andrews, who has ensured slick pace and developed characterizations throughout.

Karen Fitzsimmons (Helen) and Martin Humphrey (Pastor Manders) completely inhabit their roles, not just listening and responding to whichever character they are interacting with, but every thought process echoes on their faces, convincingly extending that through their body language. Interjections and interruptions are perfectly timed for maximum impact, as are the deliberate pauses, building the pressure and drama of the secret disclosures.

Marcus Whitfield gives a compelling, focused and committed portrayal of a very complex, mysterious character in Jacob Engstrand, whose intentions are never ultimately defined, leaving it open to interpretation as to whether he is a sinister villain or gravely misunderstood hero. Providing solid support (and much potential for future development) are Sophie Adnitt as his feisty and independent daughter, Regina, and Lewis Hepburn as Helen’s tortured son, Oswald.

There are recurring symbols used by Ibsen throughout his play: the orphanage representing hypocrisy, the sun representing the joy of life through personal freedom, disease representing corruption of body and mind through misplaced devotion to duty and blindly following social conventions. Tony Rogers’ atmospheric lighting and video excerpts really enhanced the aesthetic appeal of the production, particularly emphasising the sun symbolism with striking images and enhancing the minimal grey-tone set that creates an ideal canvas on which the narrative unfolds.

This play isn’t a frivolous piece of entertainment, but its social commentary is as pertinent today as it was in Ibsen’s time (arguably alarmingly so) and, with such compelling performances, is an intensely engaging and powerful production.