As far as I remember, this production’s sub-title, ‘A classic comedy of bad manners’, was added by RAODS rather than by the author, Noël Coward, but it is an exact summing up of the play. But bad manners and the self-centredness that produces them aren’t really very funny, even when expressed in Coward’s brilliantly brittle dialogue, and therein lies the challenge: to make deeply dislikeable people at least tolerable, if not actually attractive. This production meets the challenge head-on and as a result it is not only very funny, it creates in the audience a smidgen of sympathy towards what makes the ghastly Bliss family tick. The basis of the story is that each of the four members of the family has, unknown to the others, invited a guest for the weekend. They are rotten hosts, each neglecting their own guest and making a play for one of the others.

Hay Fever revolves around Judith Bliss, an ageing retired actress who loves any opportunity to create a drama. Beverley Siddle plays her superbly, dominating both the Plaza stage and the imaginary stage in her own drawing room on which she continues to take the lead in her family’s dramas. It could be said that Beverley hams it up, but that is the nature of the part, and she takes it to the edge without ever going right over the top. A poor Judith undermines the whole play, but Beverley is one of the best I have seen. 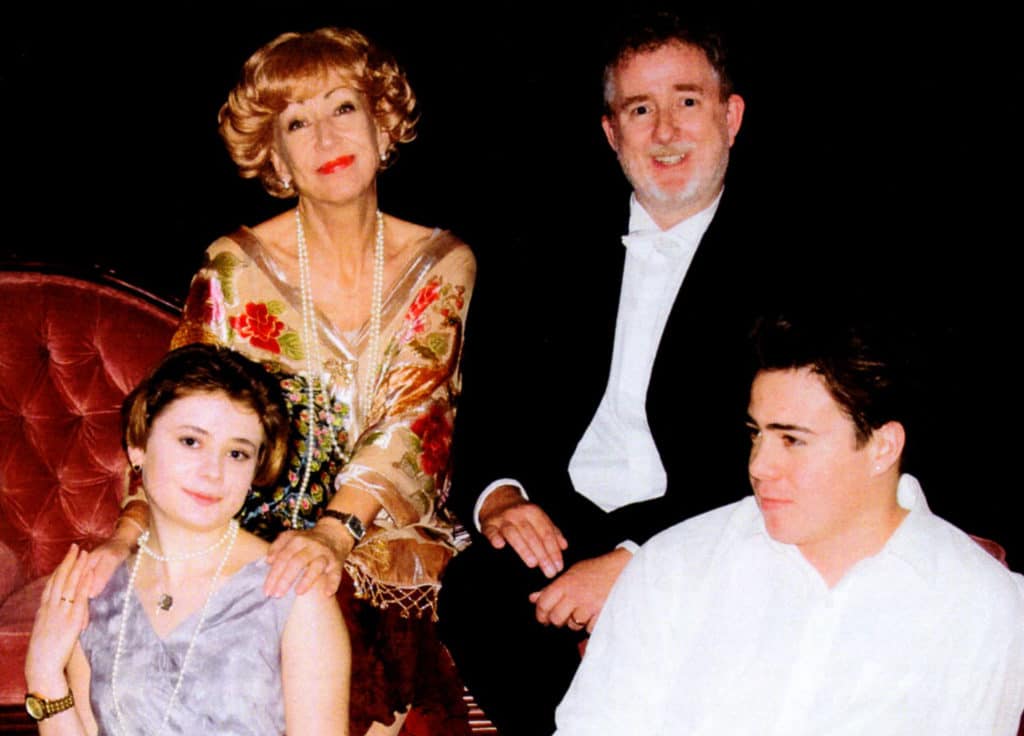 Judith’s husband, David, plays up to her temperament with his angry outbursts, which enable her to act the injured, noble wife; Peter Moore does well in perhaps the play’s least rewarding part. Simon Bliss has inherited his mother’s arrogance and his father’s irascibility, and newcomer Tom Mifsud conveys both effectively. Daughter Sorel is about the most normal member of the family, although even she cannot resist feeding some of her mother’s wildest fancies; Isabelle Mitchell brings both charm and talent to the role. There is a lovely cameo by Jenni Watson as Judith’s ex-dresser, Clara.

Of the four guests who endure embarrassment and humiliation at the hands of the Blisses, James Norton is good as the initially suave, tactful diplomat who becomes infected by the madness of the house, while Alex Ruos as a silly ass (one expects him to ask ‘Who’s for tennis?’ at any moment) is an impressive actor, especially in his body language and facial expressions. It is appallingly ungallant to say so, but although they are excellent actresses, Julie Edwards is not quite the right age for an ingénue flapper (and putting on a slightly irritating babyish voice does not solve the problem), while Glenda Thomas does not ooze the erotic charm of Myra Arundel, who, we are told, ‘uses sex like a shrimping net’. Glenda does bring out the strong, down-to-earth side of the character, who is more ready than the other three guests to see through the Blisses’ self-absorbed posing and to say so.

The set, with its tasselled throws and white piano, and the costumes evoke the 1920s perfectly – Myra Arundel’s evening dress in act 2 is stunning. The chaise longue downstage centre could have been a trap, but director Janet Courtice is too skilful to let characters linger on it for too long. In fact, the whole production has a pleasing pace about it and is definitely one to see if you can: it is at the Plaza until18 November at 7.30 each evening.