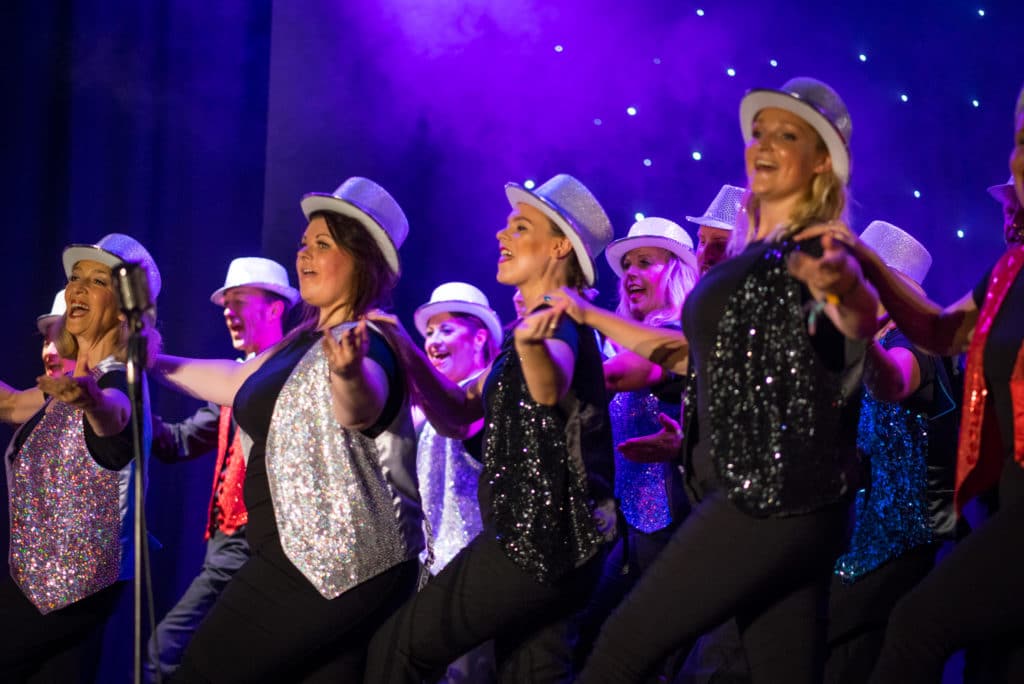 This year, there is talent in Highcliffe! The Highcliffe Charity Players have returned with a crowd favourite – their biannual revue, full of song and dance, alongside comic sketches and stand-up that, at times, is just a little raunchy! Having never attended before, I did not know what to expect, but I’m pleased to say I had a ‘wonderful time’ – just as the programme promises.

The show opened with ‘We’re Going to put on a Show’ from Disney’s live tour of Phineas and Ferb; not the most well-known song but suitably cheesy with top-hats, waistcoats and sequins galore. Amongst the highlights of act one included a hilarious rendition of ‘Cheap Flights’ by Fascinating Aida, sung competently by Tracey Taylor-Jenkins, Yvonne Gray and Valerie Gillard. Anyone who has ever attempted to book a flight through one of the cheaper airlines will be sharing the singers’ pain as they lament the realisation that ‘flights for 50p’ do not exist.

The first half also included a curtailed parody of the Les Miserables musical, which definitely went down well if the riotous laughter was anything to go by. This was ably followed by Barry Gray’s interesting interpretation of Queen’s ‘Don’t Stop Me Now,’ before the players treated us to a side-splitting version of the pantomime classic – ‘If I were not upon the Stage,’ executed with precision choreography. I am thankful there were no young girls in the audience, or the thought of one day becoming a ballerina may have scarred them for life after this!

After the audience were able to enjoy a picnic and glass of bubbly in the interval, we were launched into act two with the blockbuster song ‘This is Me’ from the mammoth-hit musical ‘The Greatest Showman.’ Then we took a trip down memory lane with their ‘Motown Medley,’ featuring the memorable ‘My Girl’ sung by the enthusiastic and talented Matt Jenkins. Matthew Smith’s act two monologues were also well delivered and perfected, and he was rewarded with belly-busting laughter.

My personal favourite, the grand finale showcased Abba’s best hits – which could not be more current with the recent release of the Mamma Mia sequel. It is always a sign of a great show if the audience claps along without prompting and this is exactly what happened with songs ‘Waterloo’ and ‘Take a Chance on Me.’

The creative team – Pete Whitaker, Adam Venables, Angie Broomfield and Stuart Darling – knew how to get the best out of their cast. With simple but effective lighting, smooth transitions and enough jokes to keep your dad going for the year, there was something for everyone. From skits reminiscent of the Two Ronnies, to the Greatest Showman, to a nod to Morecombe and Wise, what more could you want?

So if cheeky cork soakers, cunning chavs and naughty nuns sounds like a good night out to you, get yourself down to St. Mark’s Hall in Highcliffe. You won’t regret it. What’s more, all profits go to local charities.