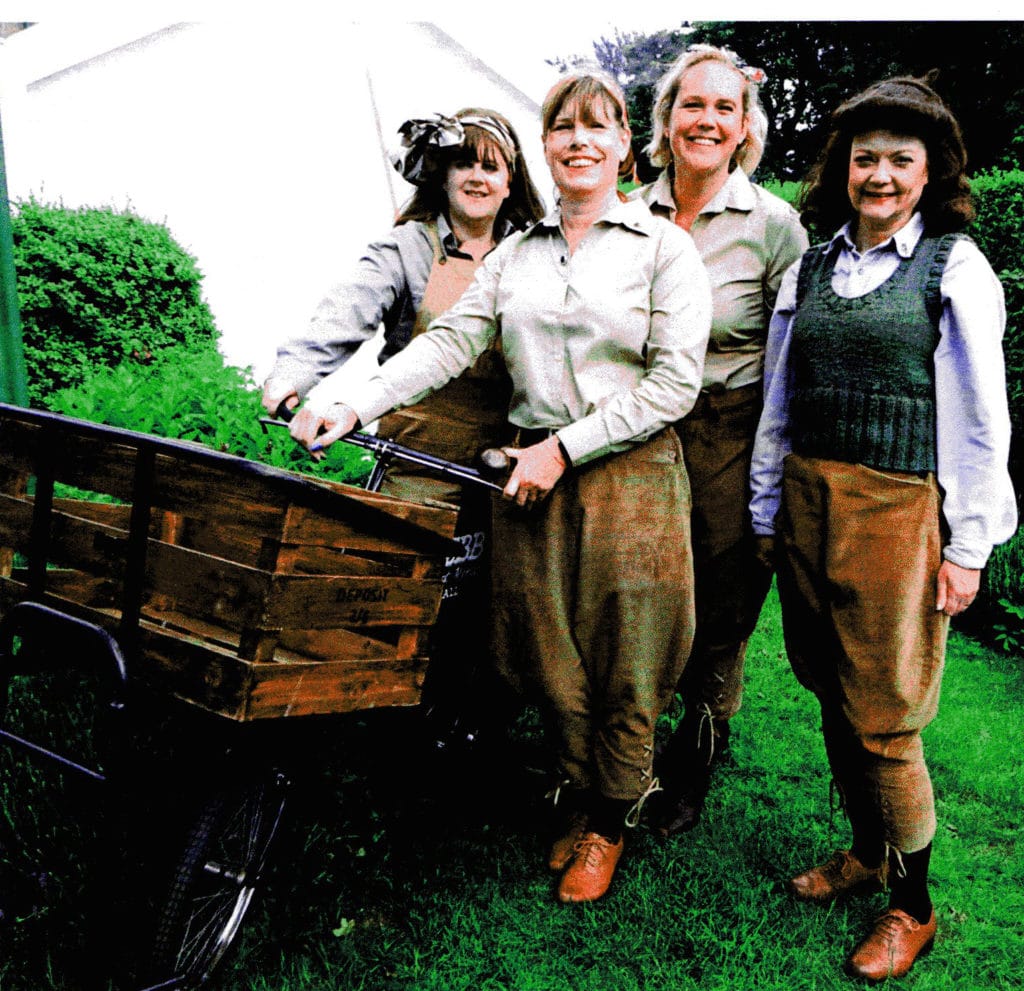 In the last ten years, the Women’s Land Army has received proper recognition of the important contribution that it made to the war effort between 1939 and 1945. Perhaps it started with the 1998 film, The Land Girls, but in 2007 a commemorative badge was created and has now been presented to 45,000 former members of the WLA. Then in 2010 came this play, which is based on memories of land girls which were gathered through interviews, letters and diaries.

Although the play has a chronological shape, it remains an anthology – if you go expecting a plot, you’ll be disappointed. Like all good anthologies, especially when performed as well as this is, the play builds up a picture or an atmosphere rather than telling a story. So it is that through extracts sometimes only a few sentences long, we become absorbed in the land girls’ world: the initial, idealistic excitement, the harsh reality, the long hours, the mud, the once-a-week bath, the staving off of advances from amorous foremen. But there is also plenty of humour and the play conveys the wonder at the birth of a calf, the satisfaction of ploughing a straight furrow and the girls’ pride in their work: ‘I didn’t make bullets, I grew food,’ says one of them with satisfaction, and the last lines in the play are ‘I’d do it all again.’

The whole thing is performed by four actresses who play not only all the different land girls but also all the other parts, from Mr Bainbridge the farmer, through an Italian PoW, to a vicar. It is a demanding play, but Emma Jobling, Danni Fletcher, Georgette Ellison and Jane Russell are more than equal to the challenge: they all give extremely strong performances and work well as an ensemble. They are not miked up and although they have a little help from microphones at the front of the stage, their audibility is excellent – it is never easy to project in the open air. They all sing very well, too; the show is punctuated by snatches of songs from the era.

The setting of the Island House is sensational, surrounded by noble trees and with the river Test running alongside the curved yew(?) hedge that makes a natural backdrop to the stage. Extraneous noises such as the Abbey bells and unsilenced motorbikes are the price one pays for open-air theatre, but they cannot spoil an interesting and enjoyable play and some excellent performances.