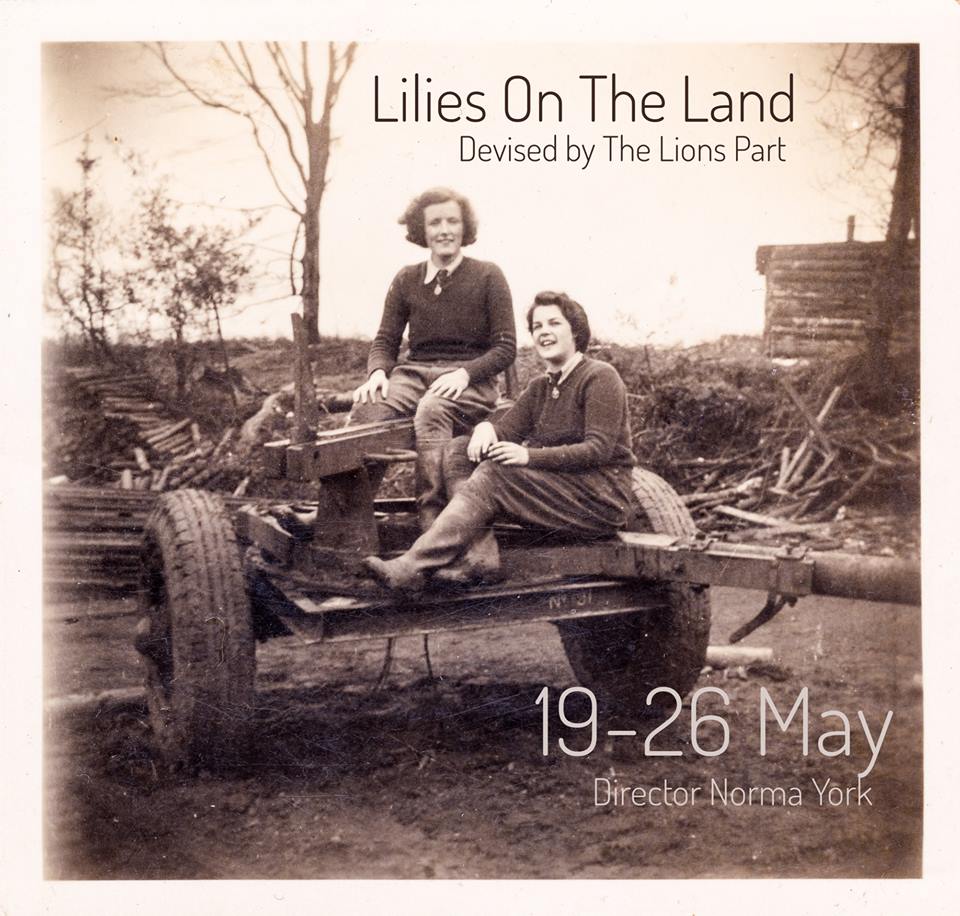 During World War II, the Land Army (spirited women and girls from very diverse social classes and walks of life) were sent to farms to live rough and work hard, filling in for the roles the men who had joined the armed forces had temporarily vacated. Based on letters and interviews with the original Land Girls, this poignant play uses the distinctive characters of four vastly different women from very varied upbringings – upper-class Poppy (Adrienne Ellery), candid Geordie Margie (Mandi Francis), pragmatic Cockney Peggy (Helen Symes) and sophisticated Vera (Caroline Hall) – to reflect on their experiences during WWII, using an array of narrative styles: monologues, songs, radio broadcasts and storytelling.

This production has a minimalist impressionist set (one moment it seems to depict hazy woodlands, the next grubby farm outbuildings), but there is nothing minimal about the talent and style of the performances from this quartet; indeed, it seems churlish to single out any one individual when each member of the perfectly cast players has sections where they shine with performances that impeccably portray their witty, contemplative and heartrending memoires. Ellery and Symes particularly display brilliant comic timing and intonation, Francis captures the essence of her feisty yet vulnerable character superbly and Hall interprets her various roles with depth and sensitivity.

Besides their main named roles, every other character is also portrayed most convincingly by these talented women; using heightened gestures and accents, mimed actions rather than props, and expert impersonations enhanced by a cappella songs and pre-recorded music for the era, they mesmerize you with the portrayal of their recollections. The dynamics ensure excellent pace, but also with delightful moments of stillness with almost flawless tableaux, all enhanced by Tony Rogers’ lighting, projected images, and wonderful sound effects and authentic radio broadcasts, their operation perfectly timed by Jim Glaister.

The energy and stage presence of this strong ensemble make for a very convincing production and certainly deliver the emotional power expected from war time recollections. Under the skilled direction of Norma York, this is a high class, thoughtful and impressive piece of theatre, most definitely worth seeing. Recommended.