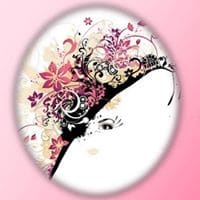 It is seven years since DYT last performed My Fair Lady, when the role of Eliza Doolittle was charismatically portrayed by Ellen Sly. This time around, it is her younger sister, Amelia, who takes on the persona of the young Cockney flower-girl-cum-would-be-socialite. She is confidant and assured in her performance, with a lovely singing voice and an aptitude for comedy; her diction is also very clear, which would make Professor Higgins very proud!

Not that Henry Higgins would admit that, of course; Thomas Woodcock gives a highly commendable performance as the phonetics professor, portraying the character’s arrogance, self-importance and superiority ideation, and his contempt yet impartiality, with aplomb. There cannot be many people familiar with My Fair Lady who are unaware of Rex Harrison’s renditions of half-sung, half-narrated musical numbers as Higgins; this is not an easy skill to master, but Woodcock is very secure in the way that he almost effortlessly moves between singing Loewe’s intricate melodies and the “talking on pitch” style used famously by Harrison, regaining the musical line with almost pitch-perfect expertise, never more so than in ‘I’ve Grown Accustomed To Her Face’.

There was delightful support from Higgins’ entourage: Rebecca Reed is impressive as his housekeeper, Mrs Pearce, calm, patient and authoritative, while Ben Pavitt is empathetic to young Eliza as Colonel Pickering. Abbie Miller is outstanding as Henry’s mother, Mrs Higgins, with a mature performance that goes way beyond her tender years and shows great promise for a transition from youth to senior productions in due course. Joe Mawby is charming as Eliza’s love-struck suitor, Freddy Eynsford-Hill, with lovely clear tones, diction and projection as he sings ‘On The Street Where You Live’, recovering very well when he seems to find it hard to hear the gentle, yet melodic, solo piano accompaniment, while Lucy Miller is most dignified and poised as his mother.

Rachael Thorpe has done a terrific job as Musical Director; this music is deceptively tricky, yet the young cast cope very well with its intricacies and harmonies, especially the servants and Ascot ladies, and their collective diction is among the best that I have heard this young group give. It is also difficult to have balanced ensemble dancing when there are predominantly girls in the cast, but choreographers Anita Pritchard and Emalene Hickman have ensured that the choreographed numbers bring out the best in the ensemble with well disciplined and rehearsed dance routines. The costumes are impressive, especially the monochrome Ascot outfits and colourful ballroom dresses for the Embassy Ball.

Overall, the pace is very good and the youngsters’ enjoyment of their production shines from their faces and through their performances, leaving the audience humming along and tapping their feet to the memorable musical numbers. There is much that is very pleasing indeed about this show.