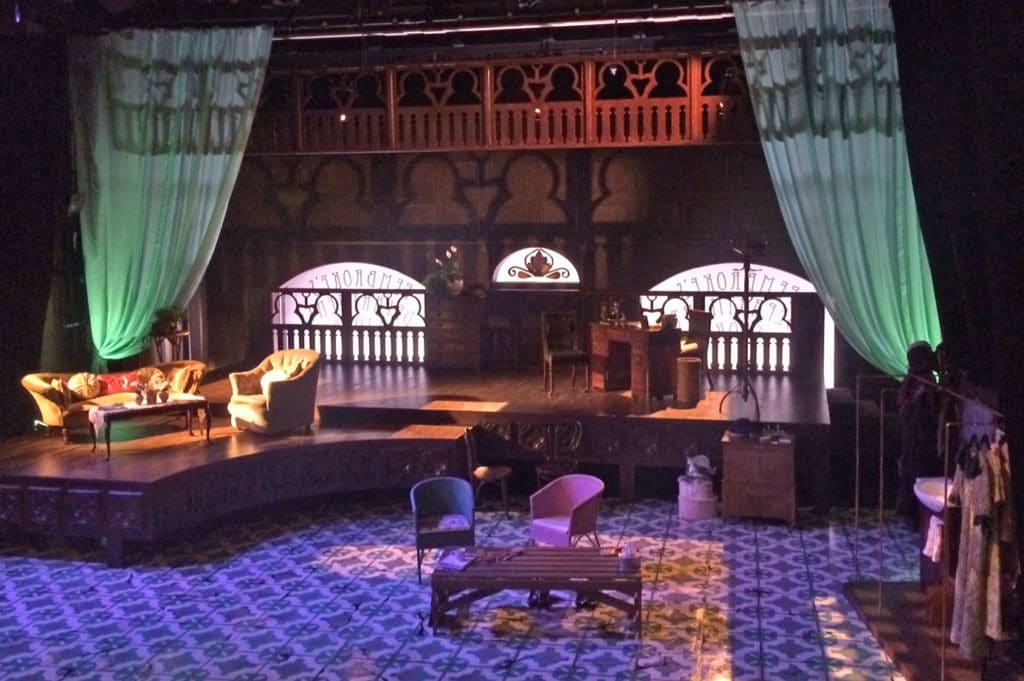 My first thought about this play by Aimee and Philip Stuart was that it had probably been written fairly recently, possibly as a kind of spin-off from the Mr Selfridge TV series; I was totally wrong, as it was actually published in 1930 and made into a film just two years later.

This all-female production, which, as always, combines the skills of graduating students from acting, costume and performance design, as well as make-up for media and performance, is set in the dress and hat department of an upmarket shop in London’s Regent Street in the early 1930s and deals with the aspirations, dilemmas and considerable obstacles women faced in the workplace at that time. These aspirations, dilemmas and obstacles are well brought out by an excellent fourteen-strong cast who portray women from all areas of the then predominant class system, and the play’s poignant final scene really brings home just how much they had to struggle for survival in the working world, whatever their class.

It seems invidious to pick out individuals from what is essentially an ensemble piece in which every performer convinces, yet it would seem unfair not to highlight the outstanding characterisations from Faye Butler (Mrs Pembroke), Tabitha Riley (Miss Roberts), Chloe Hatherley (Gracie Abbot) and Erin-Mae Cecilia (Freda). I was also much taken with Leah Graham’s amusing portrayal, in a small cameo role, of M’selle.

There are occasions when I go to the theatre and see a very good production that could have been so much better if more thought had been given to detail. I never have any such worries with AUB productions, so to walk into the auditorium last night and hear background music from the 30s was a real joy.

I always feel rather comforted, too, when I see a first-class set, as in my mind that augurs well for what is to follow; they certainly don’t come any more first-class than the one on this occasion. Particular credit must also go to those responsible for designing and making the wonderful costumes that add such a realistic feel to this superb production, which couldn’t have provided a better finale to the Arts University’s 2016/17 crop of public performances.