During the overture, played by an excellent orchestra under musical director Lee Marchant, a captioned slide-show gives the background to the story. It makes the thought-provoking point that before the farmers and the cowmen could move in, the Native Americans had to be chased off the land by a combination of military action and iniquitous treaties, and closes with the campaign to make Oklahoma a state. From there it is a natural segue into a full-cast rendering of ‘Oklahoma!’, the big number for which one normally has to wait until the end of act 2.

Sacrificing that spine-tingling opening when Curly sings the first bars of ‘Oh, what a beautiful mornin’ ’ offstage is just one of several brave and interesting decisions by director John Teather which help to create a production that is not only stimulating but probably the best amateur staging of Oklahoma! that I have seen.

That unusual opening gives a clue to one reason why this production is so good: a first-rate chorus. Not only do they sing very well, but their enthusiasm, involvement and ensemble acting give the show much of its dynamism. They are also well-balanced: a chorus with as many as ten men will make some local societies green with envy. 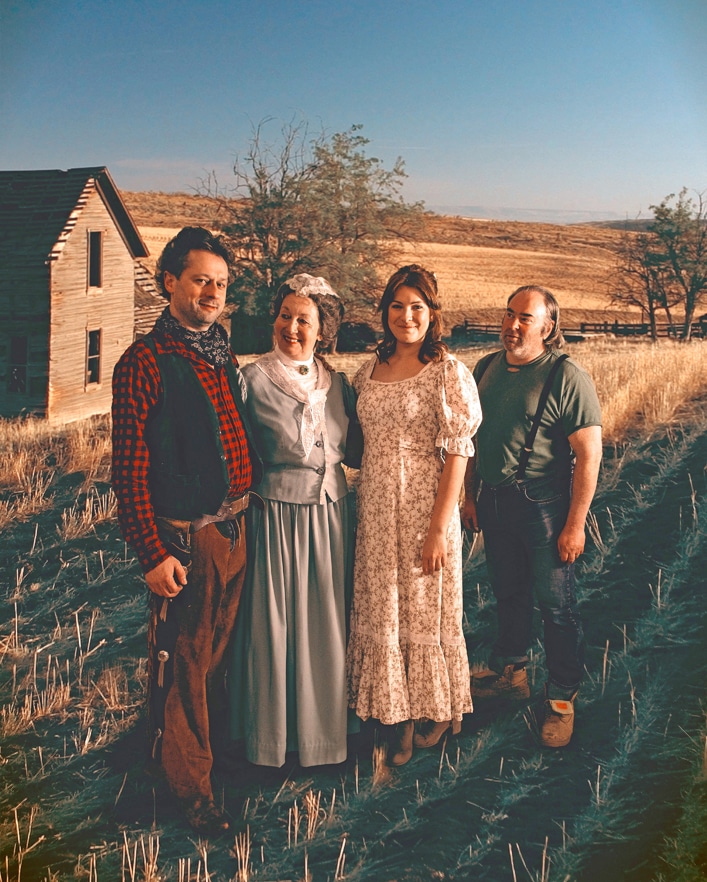 The principals they are supporting do not have a weak link. As Curly, Alex Cook was a little slow on his cues in the opening scene, which took some of the pace out of the action, but he soon warmed to his work and will no doubt do so even more as the run goes on. His voice has a lyrical quality to it, but he can belt a song out when necessary. Some actresses play Laurey as rather drippy, but Shannon Fisher is right to bring out the strong, not to say fiery, side of the character. She occasionally slides off the note, and she is not helped by some rather unprepossessing costumes and over-pale make-up, but this is an endearing performance.

In support, Adam Davis’s lanky frame is ideally suited to make an attractive and energetic Will Parker, while Charlotte Deverill (Ado Annie) has a superb voice and the audience shares her enjoyment of her flirtatiousness. Suzanne Teather’s Aunt Eller is a figure of authority but always ready for some fun, and Martin Mansfield wrings the last drop of comedy from the part of Ali Hakim. Max White (who commuted from France for rehearsals!) makes Jud a suitably uncouth and frightening figure; it is debatable how much of our sympathy Jud should attract, but Max plays him as a straightforward, 100% baddie. Gertie Cummings’s laugh – surely modelled by Chloe Moore on that of Janice in Friends – has a starring role.

A difficulty for any amateur company putting on Oklahoma! is the ballet at the end of act 1. I have seen productions where it was omitted altogether and productions where it should have been. No such problems here. Huge credit goes to choreographer Stephanie Constantine-Smith for creating a sequence that has a narrative arc and dramatic tension of its own, for involving a large number of the company and for teaching even the most modestly-talented of them to perform at least adequately. The lighting may not to be to everyone’s taste, but the ballet is, as it should be, one of the highlights.