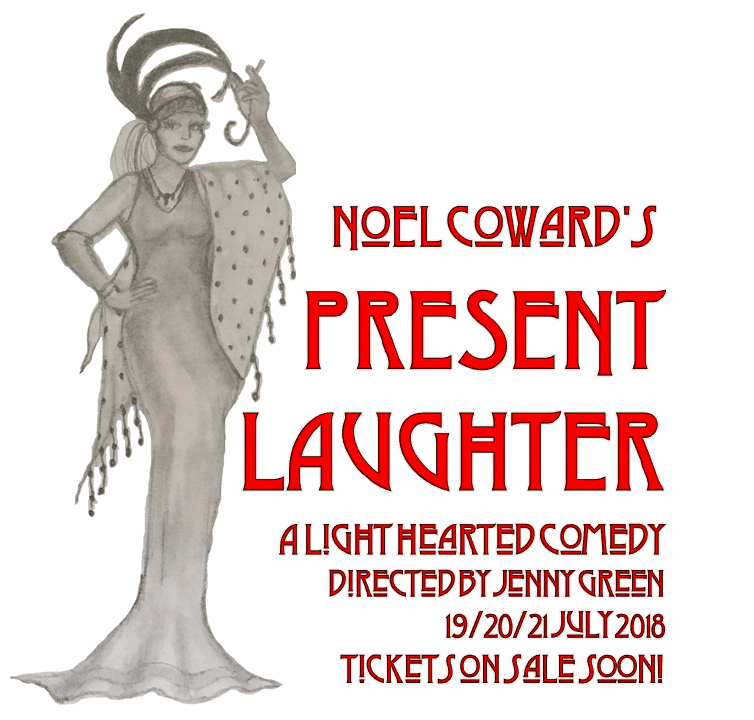 At the centre of his own universe sits matinee idol Garry Essendine: suave, hedonistic and too old, say both his estranged wife and long-suffering secretary, to be having numerous affairs. His line in harmless, infatuated debutantes is largely tolerated, but playing closer to home is not; just before he escapes on tour to Africa the full extent of his misdemeanours is discovered – and all hell breaks loose.

On a hot and sultry summer evening in the intimate and compact venue of Vernon Theatre, there is much to enjoy in this production of Noël Coward’s light-hearted and witty comedy. Director Jenny Green rightly points out in her programme notes that the central character, Essendine, is a massively demanding role and that he has innumerable lines to learn. Richard Barnett is perfectly cast in the role as he epitomises the personality of Essendine; his comic timing (physically and through his facial expressions, gestures and line delivery) is of an excellent quality, with high levels of energy, commitment and focus, vocal dynamics, virtually faultless line delivery and strength of characterization. His performance is mesmerizing, compelling and he has terrific stage presence.

There is very strong support from his leading ladies, with Debbie Murray (Essendine’s tolerant and supportive, yet firm and resolute, secretary, Monica), Di Buck (his estranged yet convivial wife, Liz) and Stevie Parker (Joanna Lyppiatt, the wife of Essendine’s producer) each giving stellar performances in their own ways. Vocally they each capture the clipped tones and received pronunciation that you would associate with Coward’s plays, while also proving their skill with comic timing and performances, matching Barnett’s energy and flair as they create memorable and distinctive characters. Jack Barnett (affable, hard-working and efficient steward, Fred) and Vic Milne (crazy and persistent playwright, Roland Maule) both provide entertaining and charismatic characters, in very different ways to each other, while Hilary Causey is delightful in her cameo role as Lady Saltburn.

Green directs with skill and apparently loving appreciation of Cowards’ work; the pace is first-class, there is good use of stage business and levels, and she also ensures that the visual humour to be tapped is achieved with great panache. Despite the exception of an unfortunate, but impossible to overlook, lapse towards the end of the play on opening night (when the prompt was regrettably called upon three times in a short space of time), the dialogue essentially flows seemingly effortlessly, but Green is not afraid of moments of silence, either, as the visual comedy plays out with excellent effect: a look here, bodies leaning towards each other tantalisingly there, all combine to elicit the maximum humorous effect from the cast.

The art deco monochrome studio set is the ideal backdrop for superb 1930s costumes (full credit to Di Buck for her second important role in this production), enhanced by period-appropriate props, totally appropriate hair and make-up, and musical interludes by Coward himself to cover the scene changes. This is an excellent performance of Present Laughter and well worth seeing.