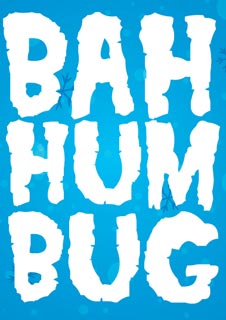 This is a definitely a show for the whole family and the presence of attentive and focused children on stage is a brilliance in itself. There is a wonderful piece of writing in the programme from celebrated performer and eerie Ghost of Marley, Earl Carpenter. He writes about how the whole experience is absolutely free for all the children involved, which is such an amazing opportunity, and the enjoyment that they are having on stage emanates into the theatre. The children’s chorus is split into three: one team named ‘Bah’, the next ‘Hum’ and the last ‘Bug’. I watched the ‘Hum’ group and apart from some hesitant cues, made comical by the brilliant Rupert Barrington, they shone, knowing their lines and choreography to a T.

The whole production is a spectacle from the start and the set is the best that I’ve seen at the Shelley Theatre, with a frozen minimalist scene surrounding a backdrop of pictures, signs and photos that are lit up to signify the location of the scenes. Very simple, very clever.

A full choral medley of the show’s songs, interrupted by a large ‘Bah Hum Bug’, sweeps us into our first scene. The beginning sets the pace for the production of a slow and measured telling of the well-known story. I use the word ‘slow’ in a positive way, as it was a treat to come in from the mad flurry of Christmas and relax for an evening. Don’t let the relaxation fool you, though: the tale is effectively and efficiently told with the first half finishing in 30 minutes, leaving a slightly bewildered audience wondering why the house lights are on. Nevertheless, the whole production leaves nothing out and the quality of the theatre before us has everyone captivated.

Leading the terrific cast is Scrooge, played by Bruce McIntosh with great command and presence while still allowing us into his world. The trio of John Davis, Alley Cox and Tracey Taylor-Jenkins are a pleasure to watch, batting off each other and bringing such a palpable energy to the space. They have an extensive range of accents and mannerisms and effortlessly morph into a variety of forms. Rupert Barrington, playing the Ghost of Christmas Present, is entirely in the moment and reacts truthfully to the situation. There is an amazing representation (that I will not spoil for you) of the Ghost of Christmas Future, played by Chloe Hughes and Chloe Payne, amongst other roles. The character is given an elegance but is still a chilling figure, performed with poise. Jamie Leigh Parker and Sam Jenkinson finish off the brilliant cast with one of the most emotive scenes that had me transfixed.

The use of multi-roles in this production is outstanding and to top it off, the director, Jo Barrington, treats us to some doppelgänger trickery in the final scenes. It’s all very well giving an actor multiple characters, but what happens when all the characters meet? In this case, a very effortless and clever solution is found.

Of course some tweaking of music and vocal levels remains to be done after first night but I walked away full of Christmas cheer. Well done, cast and crew.