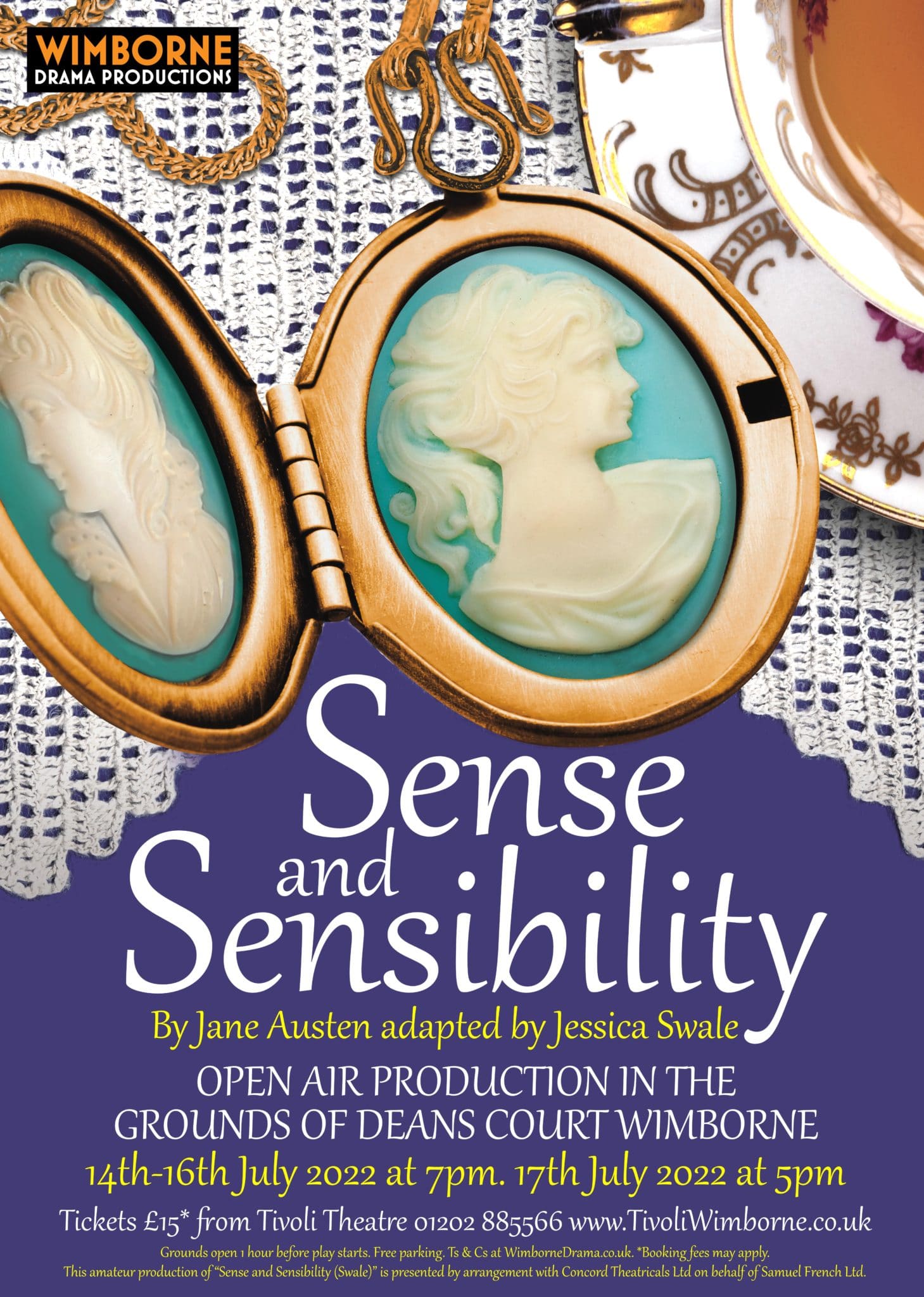 A truly sumptuous evening, a rather good Shiraz, delicious food including a very tasty pasta, tuna and bean salad made by my companion’s own fair hand and most importantly, for open air theatre, a glorious summer evening. I love costume dramas and this production delivered in every way. My first visit to an open-air theatre since I played a servant in Taming Of The Shrew on Brownsea, probably a couple of decades ago.

Set in the beautiful grounds of this ancient house with fine Georgian facades, one felt you were being invited into a previous age where wealth, circumstance and marriage was of utmost importance. Margaret (Bethan Morris), in her own unique way, brought the audience back to “now” with her childlike comments and inquisitive personality, accompanied by a spontaneous chorus of jackdaw extras at one point.

This story by Jane Austen and adapted by Jessica Swale is so well known and we all have our favourite characters. The humour presented by Mr and Mrs Palmer (Richard Scotson and Lindsay McGowan), the nervousness and humility of Edward Ferrars (James Renwick) and the sense of responsibility and hidden feelings of Elinor Dashwood (Michelle Barter). However, this production feels like a real team effort, a cohesion of individual characters, excellently portrayed by a very professional troupe. Well done to everyone involved and a particular mention to the Director, Tracey Nicholls. Auditions for this performance were held in March 2020 with only one rehearsal before Covid struck, so it has been a long time coming but we are now hopefully coming out of that period and what a lovely way to celebrate with this amazing achievement.

I haven’t been to an outdoor production where the performers were microphone edited and because some scenes overlapped, it was sometimes hard to distinguish who was talking. Nevertheless, the costumes were authentic, the set design enhanced the smoothness of every interaction, and the music gave a richness and depth to the whole performance.

What a delight to have such entertainment on our doorstep.

Sense And Sensibility runs until Sunday 17 July with performances on Saturday at 7.00pm and Sunday at 5.00pm. Tickets are available from the Tivoli theatre box office on 01202 885566 or www.TivoliWimborne.co.uk.