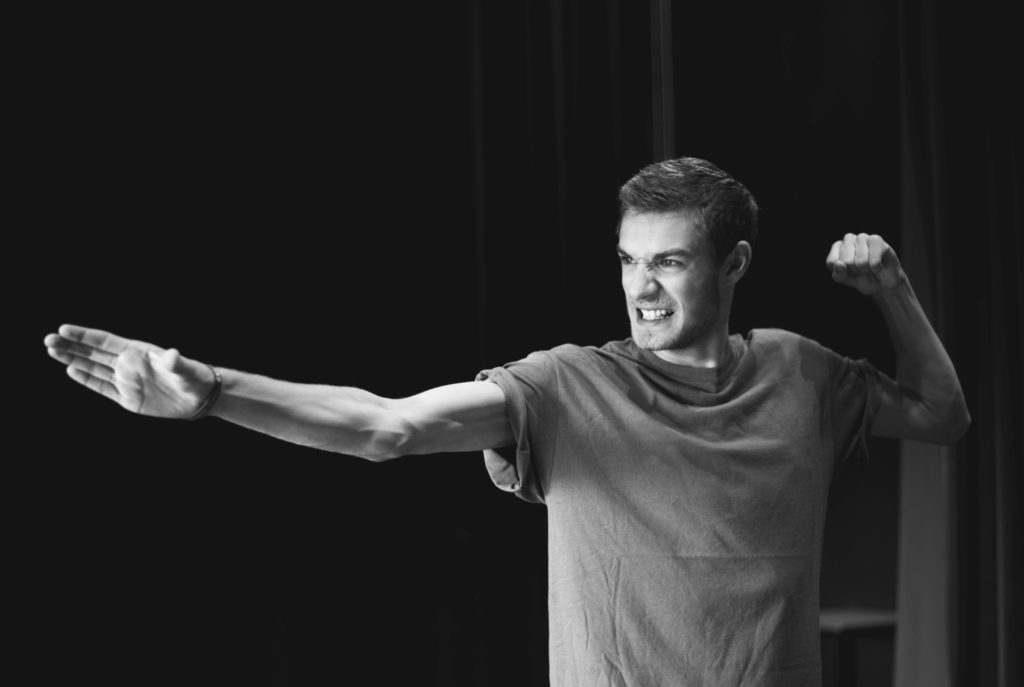 Shell Shock is a new one-man play based on a novel of the same name by author Neil Blower. The play is a personal account of Tommy Atkins, a young man who has just completed his military service in the 2nd Royal Tank Regiment during the Iraqi War. His subsequent experiences are re-told by this empowering and extraordinary piece of theatre. With a sentimental underlying theme, this play highlights the aftermath which many of our ex-servicemen and women experience, particularly post-traumatic stress disorder (PTSD), referred to as ‘shell shock’ during the First World War. Rank, role or length of service is no barrier to PTSD. We as civilians are painted the perfect picture in the media of our soldiers returning back with happiness, relief and a sense of achievement for serving our country – but the harsh reality is that is this not the case for all of them

The Chesil Theatre is no stranger to hosting unorthodox and experimental theatre. The intimate venue is the perfect place for performances of this kind and it certainly enhances the intimacy and emotion of the account. Returning from the Brighton Fringe Festival, front-man Tom Page (Tommy Atkins) is a highly skilled actor and certainly brings off a tour de force. One has to admire any actor who can engage an audience for two hours, taking them on a journey of emotions and leaving with a standing ovation. It is refreshing to see a new play being written for one person, in particular, a male actor.

The set and technical production (a single bed, sofa, armchair and coffee table) is basic and does lack creativity, but this ensures that the focus is not taken away from the main actor and it does the job for a production of this scale. Equal credit must be awarded to director Tim Marriott, who has created an astonishing piece of drama from a blank canvas which leaves the audience impassioned, enlightened and educated on a lifestyle that is a reality for many.

Shell Shock goes to the Edinburgh Fringe Festival in August. I did note that this production will be moving to New York for a brief run later this year, though with a female lead. I know it will continue to be a success.