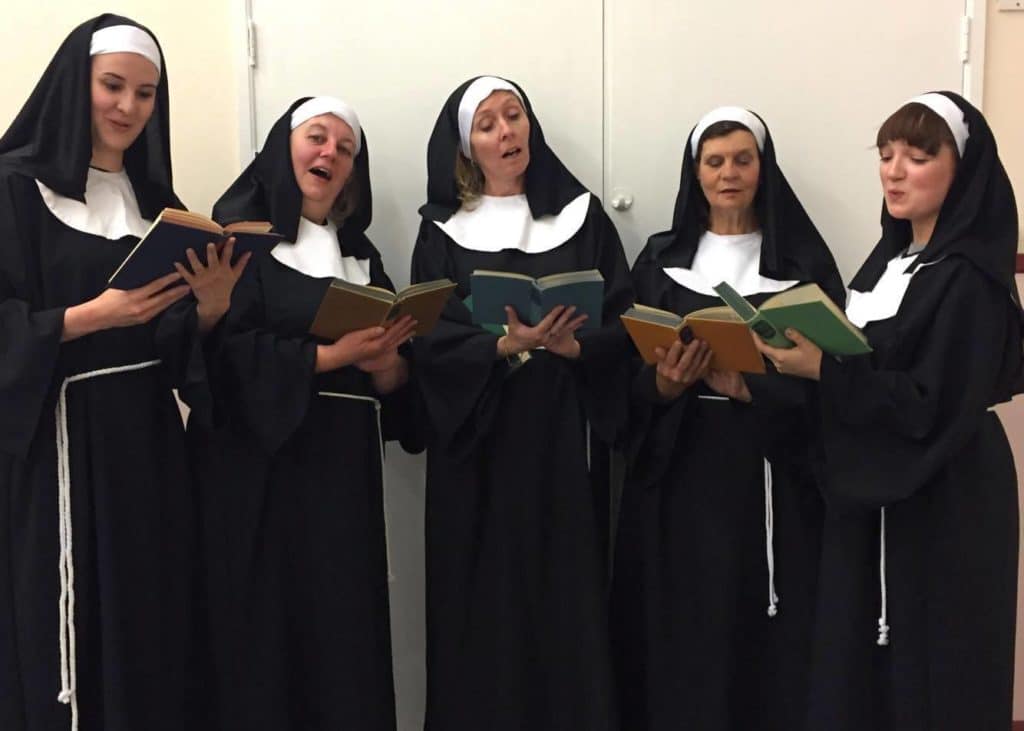 Thanks to numerous screenings of the film on TV, not to mention a number of theatrical productions of the show in recent years, there can be few people now who are not familiar with the story of a disco diva, Deloris Van Cartier, who witnesses her boyfriend commit murder and, for her own safety, is put into protective custody in the one place she is unlikely to be found – a convent. However, if perchance you’ve been marooned on a TV- and theatre-less desert island and have never come across this heart-warming show, do go along to the Tivoli Theatre this week and catch WMT’s version, because I really don’t think you could see a better production.

From the opening bars of the overture to the final curtain calls, there is never a moment when joie-de-vivre doesn’t bubble off the stage into the auditorium and envelop us all with a warm glow. Much of this comes from Sharron Pearcy’s first-class interpretation of Deloris, a role that suits her to perfection and sets the standard for the evening, but every single person on stage, whether principal or chorus, is a credit to the society and to the production team of Duncan Trew (director), Alastair Hume (musical director) and Suzi DeVilliers (choreographer).

The principals really are as good as they get, with stand-out performances among the excellent nuns from Julie Sissons (Mother Superior) , Hermione Mason (Sister Mary Robert) and Jemma Cable (Sister Mary Patrick). There are strong, reliable performances too from Lee Neal (Curtis) and Phil Evans (Monsignor O’Hara), although the latter’s ‘Irish’ accent does occasionally make his words a little difficult to make out. I also particularly liked Duncan Sayers’s superb characterisation of Eddie, and Miles Bailey-Breandgaard gives an amusing and highly memorable performance as TJ. It isn’t always just those in major roles who make an impression either, and in the opening scene both Sophie Adnett (Michelle) and Georgia Brebner (Tina) have a huge impact with their lovely smiles and super dancing skills.

With good sets and costumes, a great band, superb sound and lighting, excellent singing, great choreography and totally natural performances from all, this production must surely go down as one of WMT’s best – and what I loved most of all was that absolutely everyone seems to be having the time of their life, with not a single glum face to be seen.