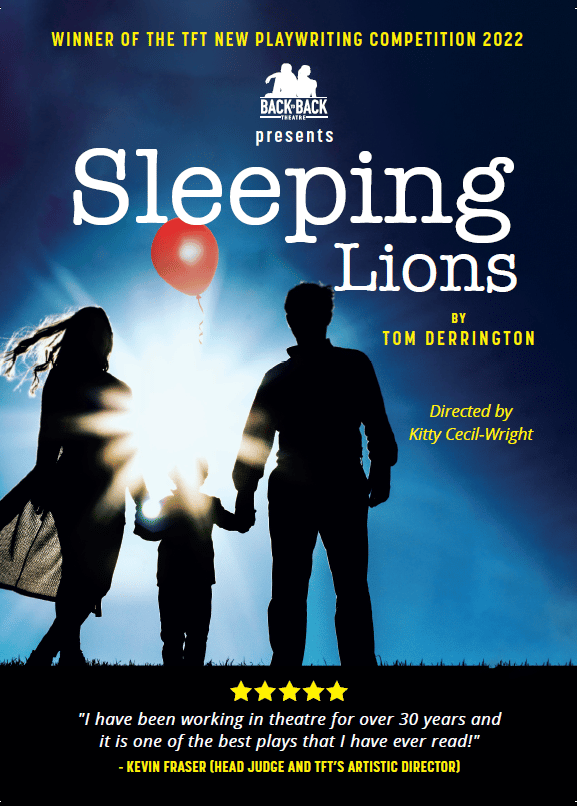 presents a Touring Production of

The invitations have been delivered, the party games are ready, the table is set and the balloons are up. But where are all the children? Mum, Katie, is convinced that her precious son Leo is the most popular boy in the class but Dad, Max, has discovered something that tears him apart. Whose version of the truth is real?

“Wow!!! Just wow, one of the most powerful pieces of theatre I’ve seen.”

“It was stunning, the writing was brilliant, amazing plot and fantastic acting. A WOW show!”

“In just under an hour and a half this play managed to hit every one of my emotional buttons.”

“The relationship between Katie and Max was so heartbreakingly truthful that I felt every bit of friction, regret, anger and love displayed on the stage.”

“If you only see one play this season, PLEASE make sure you see this one!”

On tour across Hampshire and Dorset

GUIDANCE: recommended for age 16+, strong language and some upsetting themes