The contrast between the two consecutive evenings’ entertainment is convincing proof of the variety that is offered by local theatre. Each type of production has its place, and it is not the job of a reviewer to make a moral judgement on the material – all that matters is that it is well-written, well-staged and well-performed. Sleeping with Beauty passes all three tests.

The story is that a curse has been put upon the men of Southampton, who are condemned to suffer collective erectile dysfunction until Princess Beauty loses her virginity. Prince Pompey, from just along the coast, is selected to do the deed, but unfortunately he is as gay as the gayest day in May. He reckons he should be able to oblige if Beauty doesn’t shave her legs and answers to the name of Stephen, and so it proves – the curse is lifted and the men of Southampton eagerly make up for lost time.

There are some very good jokes and the obligatory local references: Hedge End will never have quite the same meaning again, while a bush fire in the New Forest now conjures up quite a different picture. Other highlights include sex toys modelled on Donald Trump and Piers Morgan, a brilliant parody of a TV shopping channel, and a version of ‘The twelve days of Christmas’ that you won’t find in any album of Christmas family songs. 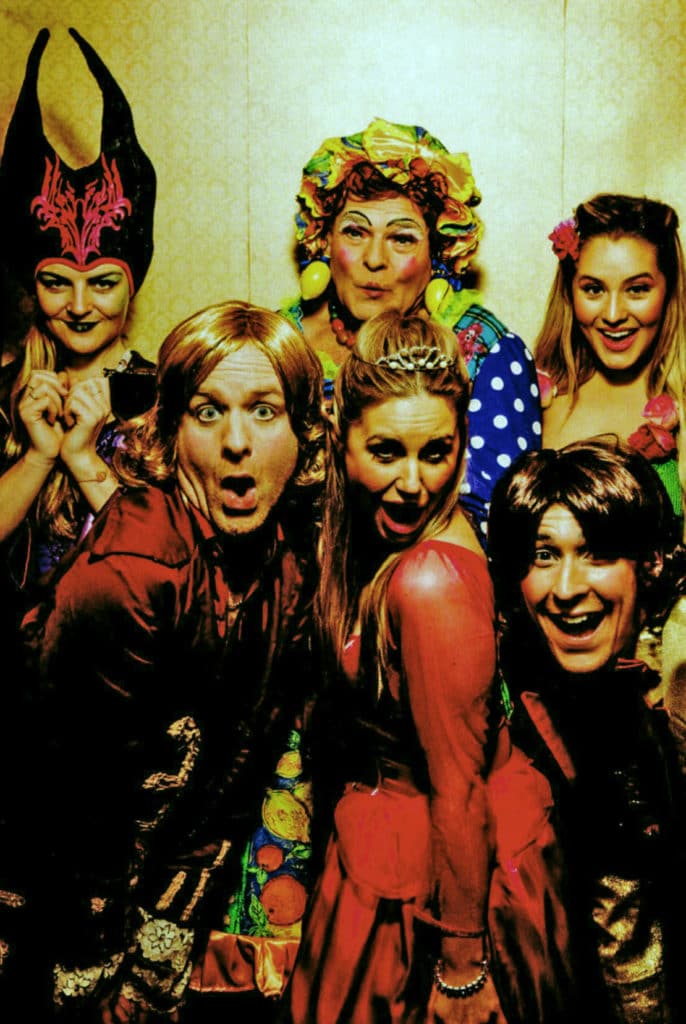 The cast of six work their socks off and their energy levels never flag. Fairy Foreplay (Darcy Kearley) is enthusiastically filthy, while her evil enemy, Carabossy (Daisy-May Parsons) matches her at every step. There is a dame, of course: Malcolm Clarke returns to play Dame Strap-On with as much style as any more conventional dame. Beauty refers to her own ‘extensive and depraved sexual desires’ and Victoria Garo-Falides plays up to this image for all she’s worth.

The Buttons-type role of Playdough (although there has never been a Buttons quite like this) is in the safe hands of Jordan Hiscott, who also plays his identical twin, Dildough – don’t say you didn’t see that one coming. David Dobson as Prince Pompey is the stand-out performance, commanding the stage and showing excellent comic timing.

The Stage Door is a great venue: unusual, lively and fun. Its unique atmosphere compensates for the tightly packed, unraked seats, which mean a certain amount of bobbing and weaving if you get a large head in front of you, as I did. It would have taken more than that, though, to spoil my enjoyment of an entertaining evening. As long as you have a robust attitude to material of a richly blue nature, it is worth catching one of the performances: Wednesday to Saturday until 30 December at 8.00 each evening.