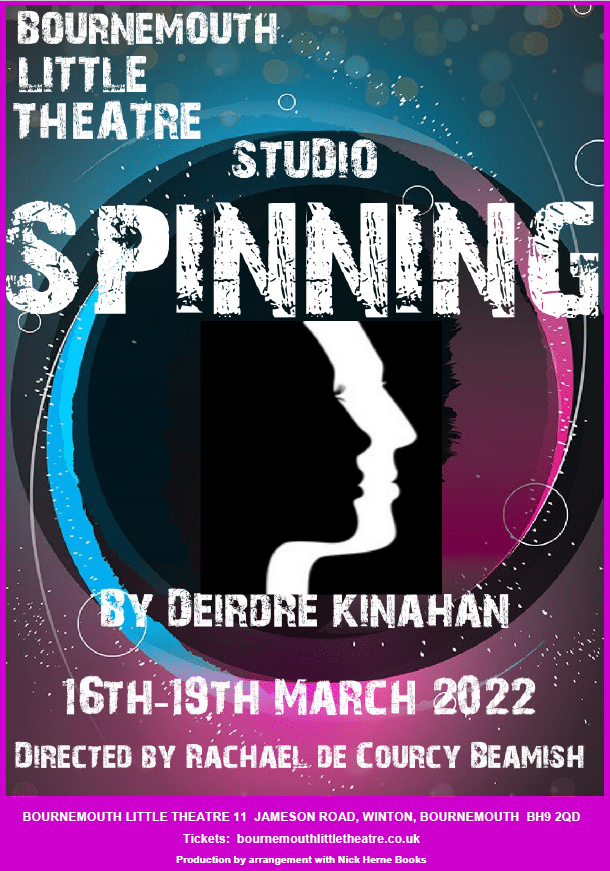 The latest production to be staged here is Spinning by award winning Irish playwright Deirdre Kinahan. The play has been well received by audiences and critics alike since it debuted in Dublin in 2014 and, on the evidence of this current showing, this praise is not misplaced.

Set in small town, Ireland, on his release from prison, Conor is desperate to atone for the grief and pain he caused when his world was spinning out of control, as he battled to hold on to a life that was disintegrating around him. If only he could turn back the clock and start again.

He is an unwelcome visitor to a seaside café owned by Susan, the grieving mother of a teenage daughter, Annie, who has died. Conor is the last person Susan would want to see, but she, too, is desperate – she needs answers to questions that only Conor can provide.

From this ominous premise the play begins with Conor entering Susan’s café and their poignant back stories unfold and interweave through a series of snapshots of the events that brought them to where they are today. Staged in subdued lighting the setting is atmospheric, eased only by the perfectly synchronised sound of Irish music playing and the cry of seagulls in the background. The emotionally charged and excellent script is gripping from the first to last scene.

Rachael de Courcy Beamish’s expert and compelling direction, together with the impeccable performances of the four actors, combine to produce an intense, heart rending and absorbing drama.

Simon Meredith plays the part of Conor and is totally believable in his skilled portrayal of a troubled and contrite man seeking forgiveness. He was so convincing that he seemed to have physically aged by the end of the play. Amanda Hyatt delivers a powerful and gritty performance as the anguished Susan. Kim Geliot is equally accomplished in the role of Jen, the suffering ex-wife. And 19 year old Lexi Graham, in her first show with BLT, produces a faultless performance as the forward and flirty, but naïve, Annie.

It is a shame that so few people turned out for the opening night, but we all know it will take time to rebuild audience numbers. Great plays like Spinning and acting performances of the high standard seen here can only help to hasten a return to normality. Spinning runs until 19 March.