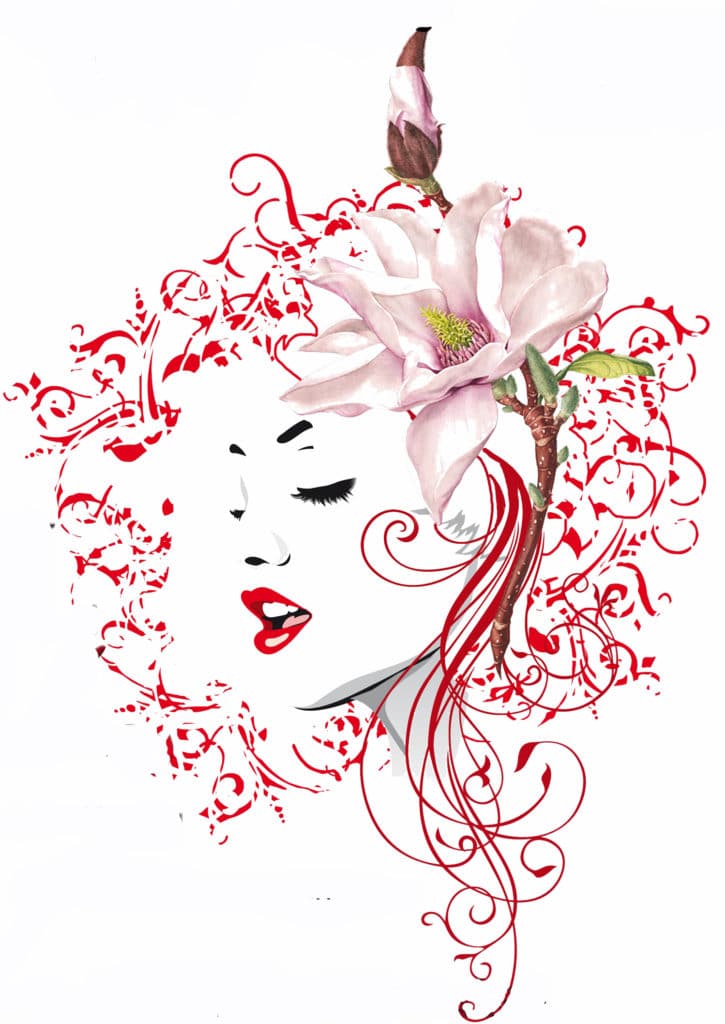 Famous as the 1989 film starring Sally Fields, Dolly Parton and Julia Roberts, Steel Magnolias is the story of six women who meet in a small beauty salon in Louisiana, run by Truvy (Jo Legg). Through four scenes spanning three years, Clairee (Veronica Ryder), Ouiser (June Garland), M’Lynn (Genette Churchill) and Shelby (Alicia Shore) – Truvy’s regular customers – and Annabelle (Dani Warner), her eager but inexperienced assistant, engage in small-town gossip, running the gamut of the birth/marriage/death cycle. M’Lynn is the mother of diabetic bride-to-be Shelby, who has a health scare and when the play moves toward tragedy, the deep strength and mutual support underlying the banter of its characters is ultimately revealed, producing a mixture of emotions throughout.

From the very first word spoken, it is clear that the cast have perfected their Southern American accents and are able to sustain them faultlessly throughout: certainly no mean feat and worthy of high praise.

Individual performances are all so memorable and it is unfair to rank people on who got the loudest laughs. There certainly are some crackingly good one-liners, some of which were picked up on quicker than others by the audience and I would expect that to change at different performances. Jo Legg portrays a warm and commanding presence as the owner of the salon and therefore the hub of the activity, with her costumes perfectly placed in the era, along with excellent hairdresser’s equipment.

The venue, the fabulous home of the Bournemouth Little Theatre Company (BLTC) in Jamieson Road, is an intimate setting for any performer to encounter, with little room for hiding, and with most of the cast on stage most of the time, each character remains so fully engaged with the conversation, development and plot both within the salon and beyond the window that the performance is fully engrossing. It may seem obvious that this should always be the case, but it certainly does not always happen and it is clear that good direction and well-placed props are instrumental in captivating the actors and audience to the full scene and not just the centre of the action. Virginia Harrington attended a NODA Summer School for directors after enjoying playing a wide variety of roles for BLTC and has directed a vast number of productions for a variety of societies, producing an excellent result with Steel Magnolias.

A wonderful production, evoking much laughter and some moments of sadness – what more does a night at the theatre need? Get yourselves down to the cosy experience of the Bournemouth Little Theatre for a thoroughly entertaining evening: there are performances on 24 and 25 February at 7.45.