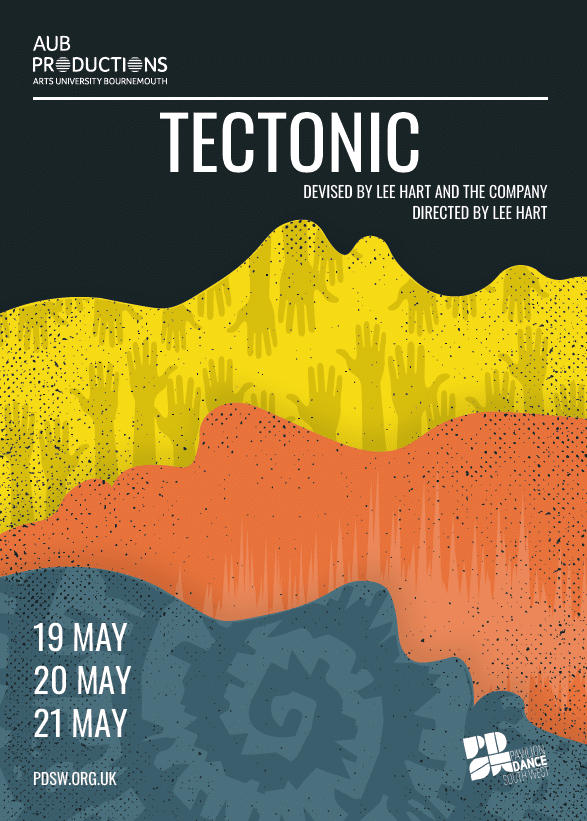 The title of this devised piece from the students at AUB – Tectonic – originates from a term in geology relating to the structure of the Earth’s crust and the large-scale processes which take place within it. This led me to expect that the production would tackle an important issue concerning the structure of society and the activities and procedures underlying it.

The core issue explored was feminism, which was investigated from the perspective of three different time periods – the 1820s, the 1960s and the present day – whilst some of the themes explored in this context included unplanned pregnancy, domestic abuse, patriarchy, identity, sexual discrimination in the workplace and the unheard voices of women.

Other technical aspects of the production were also excellent. The scene changes were very slick, whilst creative lighting and sound enhanced the scenes, as did the use of film projections. The lighting and sound operators are to be congratulated as they did not put a foot wrong all evening, despite the large number of cues they had to cope with. One improvement might be for the music at the start and end of the play to be slightly quieter so that the dialogue is more audible.

The costumes and make-up were all appropriate for the three periods, showing nice attention to detail. However, we tended to only see the burns victim, who had suffered domestic abuse, from behind, so I wondered if there was a missed opportunity for the use of prosthetics to enhance the description of the injuries within the dialogue.

A nice touch was the comic scene in the bar with the two characters profoundly talking nonsense to each other (in the way that only drunks can). This added some light relief to an otherwise very serious subject. I would have liked to see more of this contrast, as it would have strengthened the messages.

A devised production requires a lot of creative input from those involved in the company, as they not only have to act, but also come up with the idea for the show, create the characters and the text along with the director. The theme of feminism was obviously something the students felt strongly about and is clearly an area worth exploring. However, I felt that the production traded width for depth, in that too many themes were explored, which meant that they could each only be examined at a rather superficial level. This meant that the actors had less opportunity to develop the characters and made it difficult for the audience to relate to them or feel much empathy for their situation. Perhaps the one exception was the story of the woman burnt so badly by an acid attack that she feared being unable to care for her baby, which was genuinely moving.

As this was such as ensemble piece, it would be unfair to single out any one performance. However, the whole team are to be congratulated on creating a piece of theatre from scratch. Their enthusiasm for the subject was clearly evident and they managed to produce the kind of drama that you find yourself still talking about in the car on the way home.