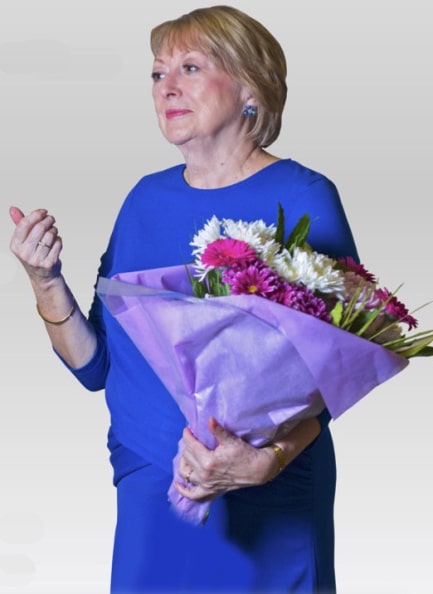 The actress of the title is Lydia Martin, who has decided that she is calling time on her career. The play follows her last performance and the interaction she has with a dysfunctional family, an ex-husband and an eager-to-please dresser and theatrical agent.

While the audience seemed to appreciate the production, I came away feeling unimpressed and frustrated for the group. I wanted Christine Hughes as Lydia to be stronger and more in charge of the stage, to command our attention, to be the bitter and sharp-of-tongue old actress who makes us feel upset for her at the end, but this never came.

There is some lovely acting from Alla Mills, who played Lydia’s agent. As she slowly gets drunk on brandy in the second act, she really shines and gives the production some much needed depth, believability and pace. There is a nice turn also from Steve Russell as the ex-husband. Teresa Miller playing Lydia’s daughter is confident in her words and has some believability as well, although the clown levels of white make-up on her face were a mistake and added nothing.

Set-wise it looks more like a charity shop than the dressing room of a leading actress and the deployment of artificial flowers across the stage is not great, especially when they look so artificial and they are a key component to the first-half dialogue. Surely some real flowers could be used?

The cast was nervous, which is understandable on an opening night, so I don’t want to carp and hopefully the words, confidence and intonation will improve as the run goes on.

The play itself is not bad but some tweaking with the concept and delivery of the production overall is needed to make it a hit.

The Actress runs until 3 June at 7.30 each evening.