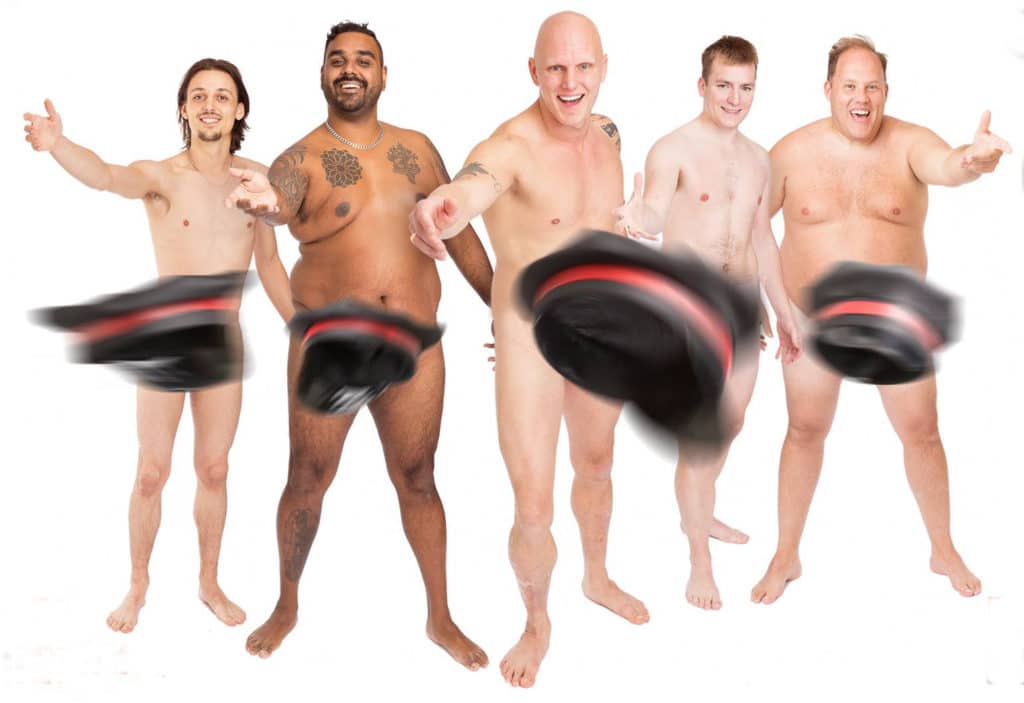 Whether BBLOC’s reputation had gone before them or whether it was the opportunity to see half a dozen men whipping off their clothes I know not, but a capacity audience at Wednesday night’s opening performance whooped and cheered their way through what proved to be a fantastic evening’s entertainment, performed in this company’s ever-excellent style.

Although the film version of the show was set in Sheffield, this Broadway musical version by Terrence McNally and David Yazbek has the setting as Buffalo, New York State, where a group of unemployed steel workers discover a new, if emotionally challenging, way of making the money they so desperately need if their lives and relationships are not to fall apart.

Thanks to the combined talents of the production team – Adam Myers (director), Ian Peters (musical director) and Heather Davis (choreographer) – plus a superb orchestra, excellent lighting effects, impressive props and costumes and some very swift scene changes, not to mention a first-class cast, this show has it all and simply cannot fail to send its audience out into the night with smiles on their faces.

I was mightily impressed by the six ‘strippers’ – Sean Lee Hardy (Jerry), Adam Myers (Dave), Rob Dorey (Harold), Adam Davis (Malcolm), John Bishop (Ethan) and Emmerson Featherstone (Horse) – but I feel I must qualify that remark by explaining that it was their singing, acting and movement that impressed so much, as each of those characters had a story to tell and each told it with a complete believability that tugged at the heart-strings. Just in case you were wondering, those aforementioned lighting effects ensured that I had no chance of being impressed by, or even clearly seeing, any of their, er, physical attributes, so leave the binoculars at home if you’re planning to go along!

It’s not all about the men, though, and there are lovely strong characterisations in other roles, too, most notably Oliver Payne (Jerry’s son, Nathan), Sally Wheeler (Harold’s wife, Vicki), Jenny Houston (Dave’s wife, Georgie), Laura-Jayne Hargrave (Jerry’s ex-wife, Pam) and Jane Kerfoot (pianist Jeanette, effortlessly stealing every scene in which she appeared).

Whilst this is not a show for the prudish – there is also a small amount of strong language as well as the ‘nudity’ – it is one that I would thoroughly recommend if you enjoy a heart-warming, humorous evening full of toe-tapping tunes.