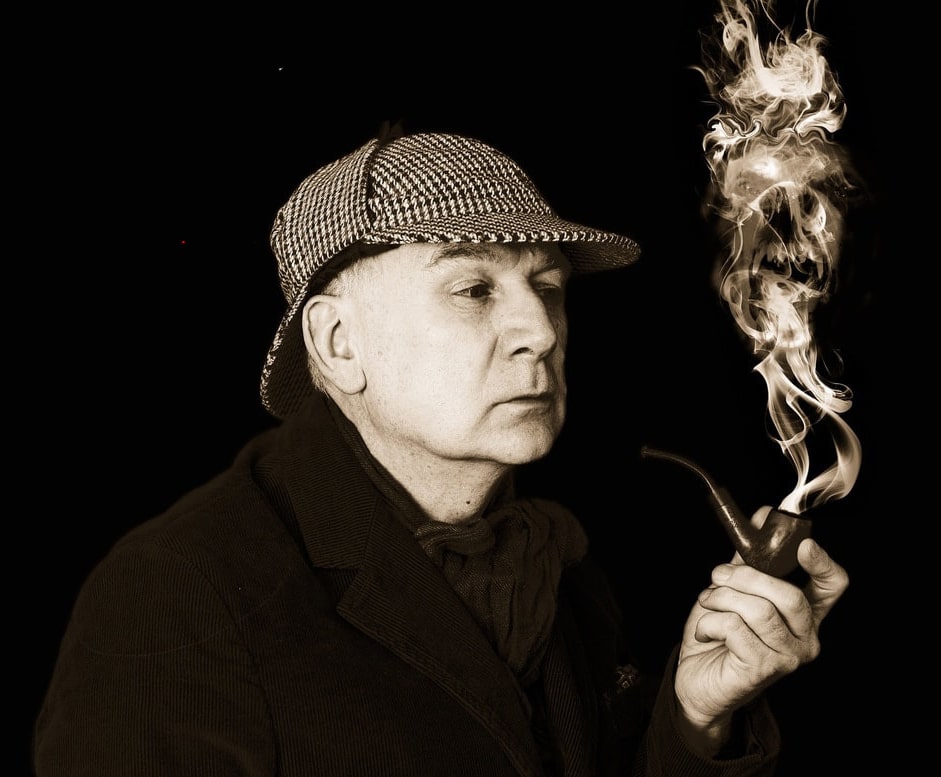 The website tells me that this production is all but sold out for the entire run (contact the box office, though, just in case) which is as it should be because this is an excellent adaptation of the famous sleuth’s most related tale. The third novel about the Baker Street detective, although originally serialised in the Strand Magazine in 1901-2, has the last of the Baskerville clan in perpetual peril. Only Holmes can un-riddle the puzzle with his usual panache and style.

As ever, the set for this tiny space makes full use of every inch available and is expertly manoeuvred by the multi-skilled stage crew. It is the little touches of smoke and spot-on-timing sound effects that really add to the atmosphere, making the familiar suddenly seem very unfamiliar. You think you know this story, but such is the quality of the original product, it never fails to delight. You believe this space to be a moor, a house, Baker Street etc, such is the effect of the actors on stage, the brilliant mood lighting and the effects. (I liked the steam room scene particularly for the use of bucket and ladle.) Intonation, speech and diction are also excellent throughout, and I liked the frenetic pace of the opening of act 2 very much.

Programme issues deny me the chance to name all the cast, but each is a unique character. Of those that are named, all three are clearly directed by John Wakeman to pay deep homage to the Basil Rathbone film version, making both gentle mockery and wonderful tribute. They clearly enjoy working together in their scenes, allowing for an occasional ad-lib and audience reference without detracting from pace or content.

As Dr Watson, Samuel Burridge bumbles beautifully and the script allows for much hilarity in his habit of drawing a gun whenever an opportunity presents itself and in his quest for food: he really captures the essence of Nigel Bruce and it is a lovely performance to watch.

Matching with skill, gravitas and general seriousness is Andrew Jenks as the eponymous Sherlock Holmes. His performance owes much to Basil Rathbone in poise and stance, pipe-holding particularly, and the relationship with Watson is a joy from start to finish.

Adding to the mix is Alec Walters as Henry Baskerville, playing the part with just the right mix of strident confidence and complete puzzlement as to the ‘danger’ he is in. The bedroom scene with Dr Watson is particularly funny and his facial expressions are good throughout.

The play is directed with style and an evident love of the author’s works, but with complete understanding of the comedy value it can bring. Those who have tickets for this production will not be disappointed – they are in for a great night out!