Arena Theatre are presenting a duo of one-act plays to celebrate their Sisters season, at the Shelley on 7 April, Bournemouth Little Theatre on 20 and 21 April, and Hanger Farm Arts Centre, Totton, on 12 May. 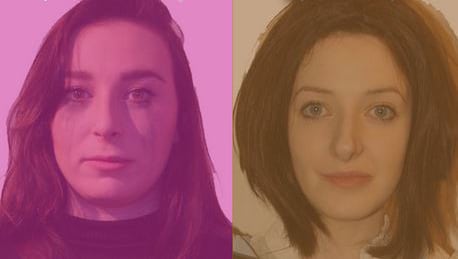 Fleabag, in the manner of so many contemporary plays, seeks to be humorous, to shock and eventually to try and be profound, and at the same time it doesn’t seek to offer any grand solutions to the problems that it brings out into the open. Set around a single female character who is the centre of attention throughout the play, it leaves no stone unturned with regards to its warts-and-all presentation of the mixture of drugs, pornography, casual sex and alcoholic inebriation that characterises the meaningless rubble that is often presumed to populate the lives of the smartphone-wielding millennial generation.

The play is to theatre very much what Tracy Emin’s bed is to the contemporary art world, and in that way it is suitably placed to delight and offend in equal measure. However although in parts it does verge upon the excessively vulgar, the play manages to redeem itself by the descriptively intense and witty manner in which it is written, which also makes for a fast-paced performance which holds the audience’s attention for the appropriately modest running time of around one hour and fifteen minutes.

Arena Theatre’s rendition of the play stars Emma Torrens in the leading role. No matter what one might or might not think of the play itself, it can hardly be denied that she very successfully completes the exceptionally demanding task of both narrating and acting the entire piece with all the energy and enthusiasm that the role requires. Drawing a great deal of laughter from the audience throughout, with only a few duff lines, Emma presents an entirely believable personality rather than a mere abstract character, which is exactly what the script demands. She is humorous, interesting and engaging throughout, no matter what judgements one might pass with regards to the moral candour of the character that she assumes.

The highly original and thought-provoking concept of The Nether on its own merits makes the production well worth a watch. Set in the not-too-distant future in which the technology of virtual reality has become completely mastered by human beings, the play explores or rather interrogates the obvious yet pertinent ethical issues that inevitably arise as a consequence. The particular focus of the action is individuals who make use of such a Nether world in order to play out dark sexual fantasies and to partake in child abuse. Is it crime, however, when there are seemingly no victims and all such evil acts are essentially taking place in a land of make-believe?

Therefore the issues dealt with are serious in nature and provide the attentive audience member with a rather vigorous mental and moral work-out. Much akin to reading Nabokov’s Lolita, the ugly reality of things is subtly and gradually unveiled. It must be said that the plot does seem to get a tad confusing towards the end, lacking a sense of focus, invoking a religious dimension at one moment and then dropping it the next amongst other unnecessary side-roads. However, this is more than redeemed by the novelty of the concept and by a few moments of rather profound questioning about the lack of meaning and genuineness that virtual relationships can surely never sustain.

The performance is well-paced, managing to maintain a strong sense of intensity throughout. All the actors manage to convey a great sense of authenticity while portraying characters who are all subdued by an immense emotional strain brought about by the morally ambiguous situations in which they find themselves. A difficult task to accomplish, but one that they meet more than admirably, especially for an amateur production group.

A particular mention and congratulation must go to the leading male, Daniel Withey, who plays the initially bold and self-assured, yet gradually more and more vindictive, character in control of the fantasy. In doing this he vividly brings out the complex set of emotions that trouble his character, who is at the same time caringly in love with his young child lover, played by a suitably innocent Sally Beames, as well as also being exceptionally violent, jealous and possessive towards her.