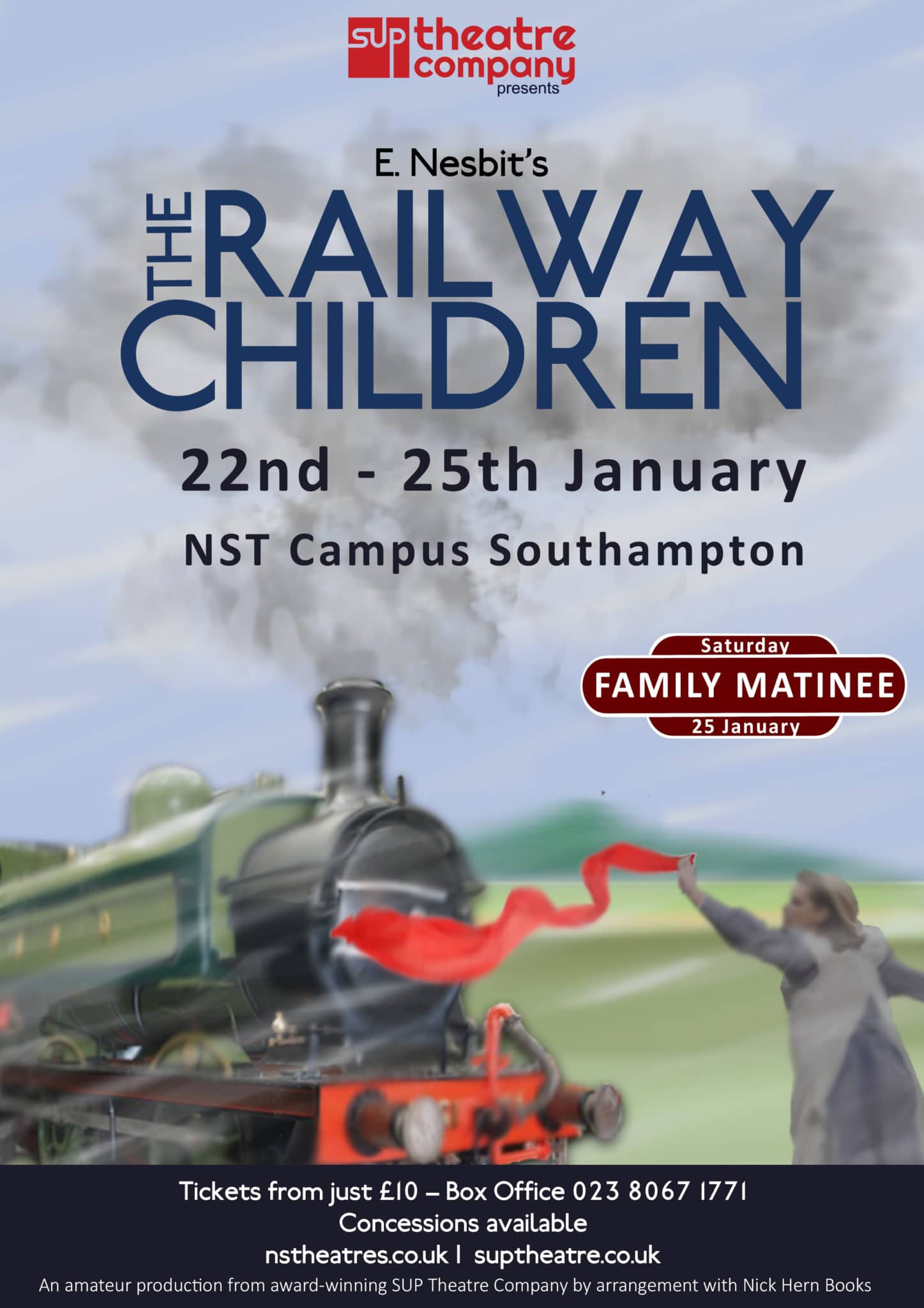 The Railway Children tells the story of an Edwardian family forced to relocate from London to a house (The Three Chimneys) near the railway line in Yorkshire, after their father, a high-ranking civil servant at the Foreign Office, is imprisoned after being accused of spying. The story follows the trio of children (Bobby, Peter and Phyllis) in their various adventures and all of the people they meet along the way.

This version of the story by Mike Kenny, was fast paced, humorous and full of enjoyment. Using the three children to retell the story, this production cleverly depicted the story from all three of the children’s perspectives, showing their feelings and emotions about each individual part of their adventures.

Bobby, played by Jess Capes, was simply stunning. Her impeccable acting style held the show together, delivering a confident, slick and truly outstanding portrayal of this character. Her sister Phyllis, played by Kerrie Brady, portrayed this role to perfection, taking me right back to watching the film as a child, with her caring side of her character being shared throughout. For me, these two were just a joy to watch and I was just captivated by their performance. Supporting Bobby and Phyllis was their brother Peter, performed by Maisie Lake, who took to the role like a duck to water! Maisie was very credible as this character, and completed the trio of children on stage. Congratulations to you all.

The other members of this small cast delivered their lines with very clear diction and worked well with each other in delivering such a fast-paced script. I would not be able to pick anyone out from them, as they were all engaging, inspiring and credible to the characters they were playing, many of whom were playing more than one role. There was a vast amount of dialogue to learn and each scene seamlessly rolled into the next, with little or no time for those on stage to have a break. Every member of this cast should be very proud of their performance.

With minimal set and little use of props, this production definitely asked you to use your imagination! Using a luggage case as a bed at one point and simple gestures to represent flowers, stamp collections and a rising bowl of dough, it was down to audience imagination to imagine the scene in full.

The use of a gate to represent the iconic fence the children stood on in the film worked well in portraying this moment throughout the production and the front of a steam train over tracks at the end of the first half was certainly a shift in stage use, offering a different aspect to the audience. Although minimal set and props were used, overall the clever direction and use of these added to the overall production.

This production of The Railway Children is certainly not to be missed and runs at the Nuffield Theatre (Campus) from 22 – 25 January.