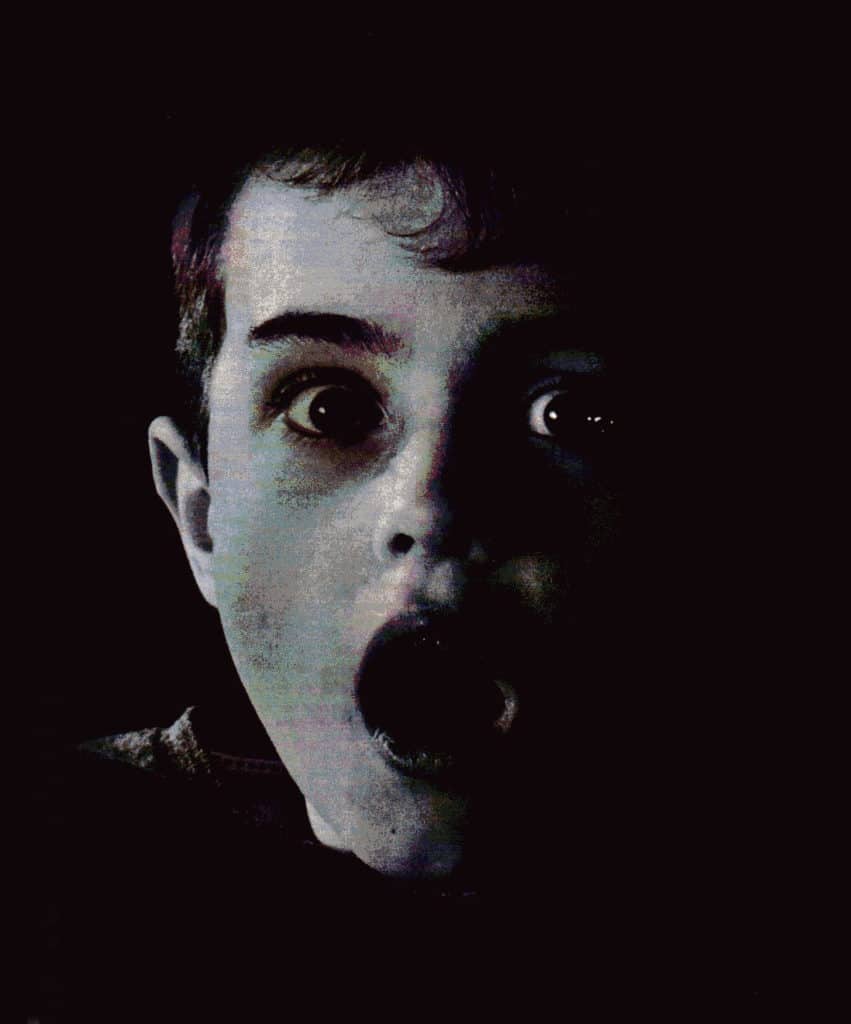 The Shining, directed by Stanley Kubrick and starring Jack Nicholson, is regarded as one of the cinema’s most shocking and influential horror films, not only tearing the veneer from madness and family conflict but digging its gory fingers deep into those topics at their starkest and rawest. So it is a brave choice for the students of Arts University Bournemouth in what they term ‘a devised, immersive performance’: one which must provide a major learning experience for those taking part.

A writer, Jack, takes on the job of winter caretaker at an isolated hotel, accompanied by his wife, Wendy, and son, Danny. He welcomes the isolation because it gives him the ideal conditions for his work, but his behaviour becomes ever more erratic, while Danny has a gift for telepathy and is frightened by what it tells him about a tragedy that has happened at the hotel. With the hotel cut off by snow and the phone lines down, the story moves to its tragic and terrifying conclusion.

Against that, the form has two disadvantages. One is that you are sometimes close to the action and sometimes a distance away, which means that certain scenes may be more difficult to see and hear than others, although the number of tickets per performance is strictly limited. The other is that during the inevitable delay while the audience moves between scenes, some of the tension is lost, whereas a horror film or play relies on an unrelieved ratcheting up of the tension. Moody lighting, sinister sound effects and the charming but faintly sinister ‘1930s women’ who marshal the audience combine to do their best, but this is the production’s greatest weakness.

Some parts are played by more than one actor: three each in the case of Jack and Wendy, plus four more each in the ‘Jack ensemble’ and the ‘Wendy ensemble’. Sometimes all of these actors are on stage at once, which should be confusing but isn’t. But it makes it difficult as well as invidious to single out performances. Having said that, Nebras Jamali and Elijah Khan deserve a mention for bringing some much-needed comic relief as the grotesquely weird barman, Lloyd, while Joseph Jamfrey is excellent as Grady: initially deferential and faintly comic, but then threatening and ultimately terrifying.

In such an unusual production, there are inevitably some moments that are self-indulgent and some that are incomprehensible. But as the programme says, ‘The performance is a work in progress and will change from night to night.’ It is certainly a very different theatrical experience well worth having, and it is fascinating to watch a talented young cast rise successfully to a formidable challenge.