When I go to the theatre, I want to believe that what I’m watching on the stage is real, that those characters really do exist. This is, I think, even more important for a small child who may be making his or her first visit to the theatre and who may, if the experience is a positive one, immediately be hooked for life on this wonderful world of make-believe.

At the first night of this production, a young and very excited little boy was sitting just behind me, clearly loving what he was seeing and even, towards the end, joining in with the very catchy, albeit unknown, songs. As far as I’m concerned that said it all, so whatever I write here is almost irrelevant, except perhaps to mention that this considerably older adult also thoroughly enjoyed her evening, so it definitely appealed to all ages.

There can’t be many people who have not read Kenneth Grahame’s novel or seen a version of The Wind in the Willows at some point. I certainly know it well, although this version, adapted by Jane Iredale with music by William Perry and lyrics by himself and Roger McGough, was new to me.

A first-class set and props, superb lighting effects, a great band (musical director Adam Tuffrey) and excellent costumes – I particularly loved the animal heads – really did set the scene well, and hopefully the first-night microphone problems will sort themselves out ere long so that the sound will also enhance future performances.

ASDS is blessed with a company that covers a huge spectrum of ages, among which are some extremely accomplished actors. This ensures not just a great line-up of principals but strong chorus work, too, with confidence oozing from almost everyone and the ‘aah’ factor prominent with the tinies, most making their debuts in this production as young animals. 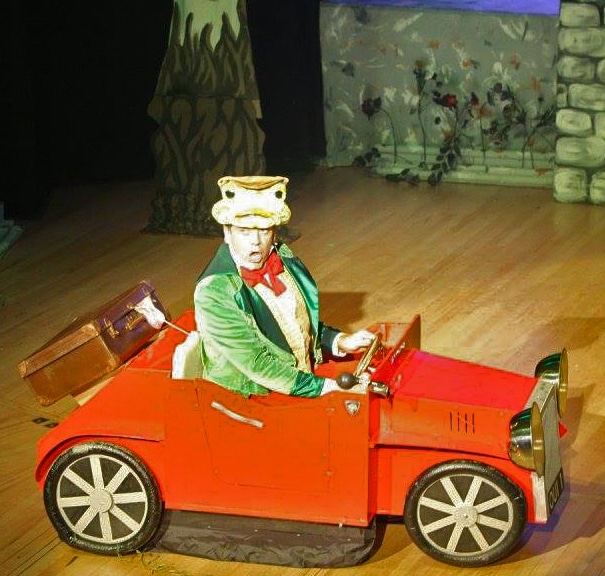 This particular version of the show gives the most lines to Mole, and Rosie Hodgkinson is absolutely adorable in this role, bubbling over with joy at leaving her twilight world to seek adventure near the river with her new friend, Rat, given a strong characterisation by Chris Meineck. Toad is still a major character, of course, and James Webb is simply glorious as the motor car loving adventurer. Among the rest of the seventeen-strong principal cast, Brian Foley (Badger), Mark Richards (Pa Rabbit) and Peter Nunan (Chief Weasel) stand out, and I also rather liked David Nayler’s Sergeant, not least when he felt compelled to ‘throw the book’ at Toad after he had crashed yet another car.

The production team, headed by Lisa Miller and Phil Vivian (directors), together with their cast, have clearly put in a great deal of time and effort and the result speaks for itself.