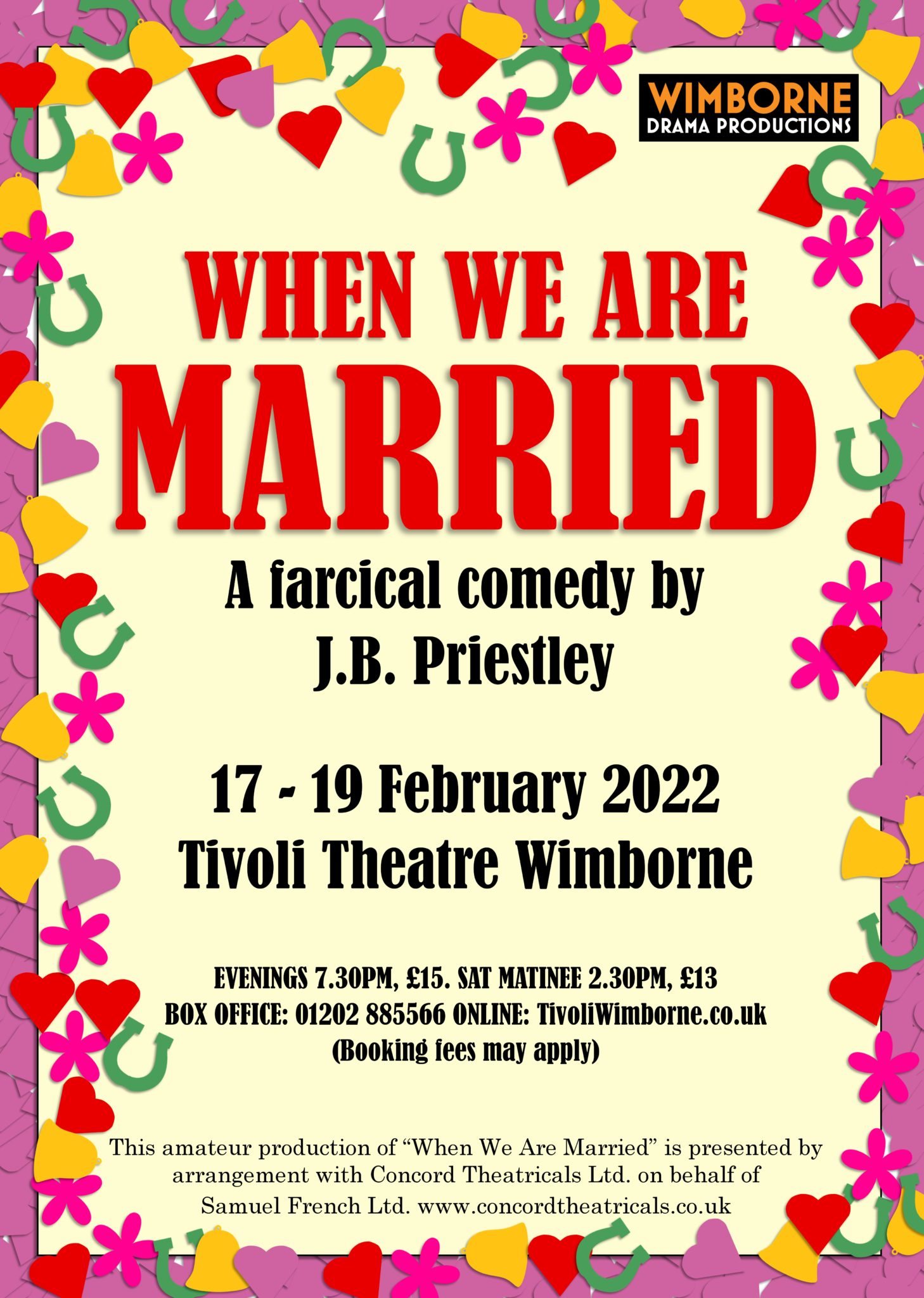 What a great comedy this is. The play is set in 1908, where the plot follows three Yorkshire couples who are about to celebrate their 25th Wedding Anniversaries, only to find out that their marriage vows may have been invalidated by the young vicar who officiated their ceremony.

What a treat! From beginning to end it was enthralling, funny and captivating. The three couples were so aptly matched and complemented each other throughout, you really felt that they had all been married at least 25 years. They came across as very experienced thespians whose professionalism was evident from start to finish.

You can feel the chemistry between Tony Feltham and Boo Feltham as Councillor Albert Parker and Annie Parker. The shift in power when Annie finally tells him he is stuffy, stingy, pompous and overpowering, this was superbly handled by Boo and had the audience in fits of laughter.

I particularly loved the long-suffering Herbert Soppitt (played by Colin Pile), a very hen-pecked husband who then put Clara Soppitt (Tracie Billington-Beardsley) in her place, again hilarious and so well executed.

Maria Helliwell, played by Beverley Beck, had complete control of her role as ‘an Alderman’s wife’ and I didn’t miss a word of her diction, it was so clear, she commanded the stage throughout her performance. Alderman Joseph Helliwell made it clear he was ‘Lord of the Manor’ and definitely the leader of his little group, so very convincing.

Another of my favourites was Ruby Birtle – the Helliwell’s maid, played at the last minute (due to COVID) by Tracey Nicholls. She stepped into this role superbly, I am amazed she knew as many of her lines as she did. Her mannerisms and facial expressions were priceless when she delivered her lines. Subtle or discreet she was not, rather very blunt and to the point. Well done, Tracey, you did a great job.

Chrissie Neal (Mrs Northrop) gave another excellent comedy performance. I loved her Yorkshire accent; she was able to deliver her lines to give the most impact to the audience and we certainly laughed.

Rob Cording-Cook as Gerald Forbes the organist in the church, Simon Jackson (Rev Clement Mercer) and Richard Scotson as Fred Dyson the reporter, all played their parts well but were overshadowed by the dialogue of the other roles on stage. Nevertheless, they added value to the overall performance.

The prize for the best role goes to Chris Durham, who played Henry Ormonroyd, the tipsy photographer. He charges through the doorway with his extended tripod and drunkenly careers around the stage, very funny and totally convincing.

Lottie Grady (played by Michelle Barter), forever the optimist hoping to capitalise on the fact that Alderman Helliwell may not be married, looks and acts the part but her interaction with Henry brings her down to earth and she becomes vulnerable and very likeable.

The set, lighting and scenery were all as they should be and the Production Team did a great job executing to this high standard. The costumes were all in period and I thoroughly enjoyed every aspect of the show.