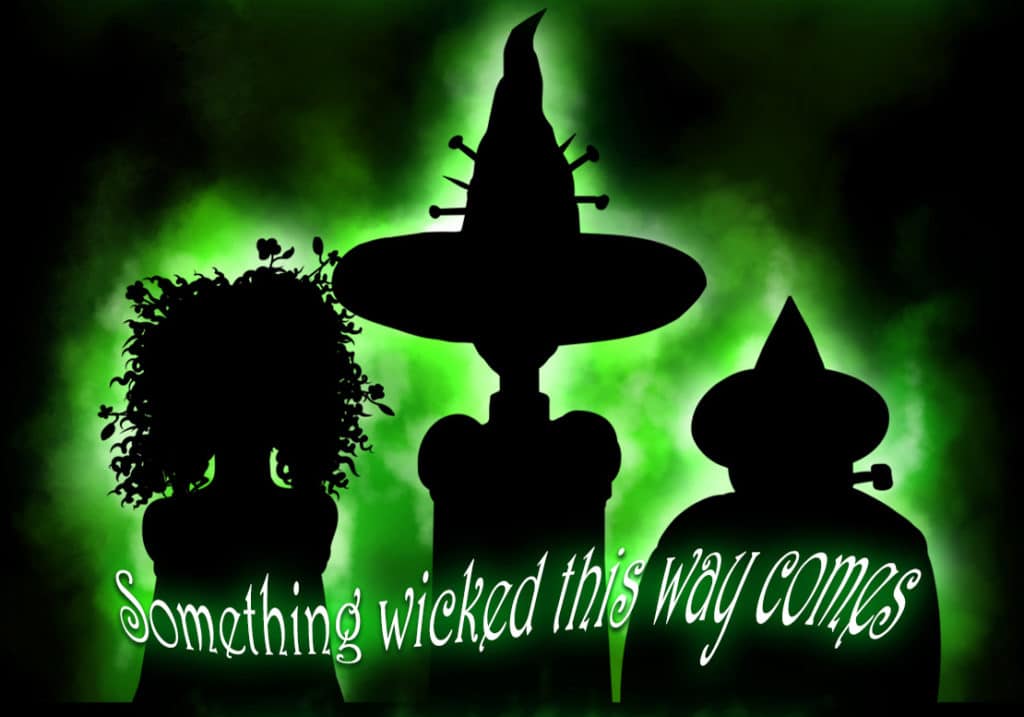 I asked at the interval if there were any Pratchett fans around me to give some inside knowledge on this piece as, whilst it was looking and sounding excellent, I felt I was missing something somewhere. There are areas such as death references and the cat and of course the Discworld itself in this adaption by Stephen Briggs that are clearly there for fans of the work and such things did evoke a response from a keen audience.

I have only seen the Dodger adaption some years ago, which I could relate to having just directed Oliver!, to which it clearly paid some homage. This work has its sights clearly on the Bard and some swotting up on Macbeth (although the dagger line is said twice just to hammer home the reference), King Lear, Hamlet, Julius Caesar and Coriolanus may be in order to be in on the jokes a little more.

Suze Avery has created a world that Pratchett would clearly recognise with style and panache in scenery and sound: the trees are fascinatingly lit and good sound effects and video usage give a very professional feel. Diction is excellent throughout and I enjoyed the references not only to the plays but to the Grimm stories, too, bringing into focus an extended witch sisterhood. It is all very serious, however, and I wonder if both Suze and her cast are either in awe of the subject matter source or the audience reaction to it, as what should perhaps be very light and frothy is treated so very reverently. The writing is almost pantoesque at times yet is not accessible as such (no wink to the audience) and the choosing of the ‘500 miles’ music at the appropriate time in act 2 is clever but seems out of sync with everything else that goes before it.

The performances are of high quality throughout. The three sisters of the piece have clearly worked very hard with this wordy script to bring their characters to life. Small touches like L and R on the soles of feet, the throaty laughs, the pedantic writing in the notebook, the arch of the eyebrow, the consistent accents, walks and characterisation are so well handled by Marie McDade, Ros Liddiard and Sarah Jayne Wareham. Their interaction is a joy to watch.

John Souter brings good humour and presence to his role as the Verence, matched by Eric Patterson as Leonel and Jo Barnard as his wife. The Lady Macbeth references to hand-washing ware well executed as various items become increasingly bloodied scrubbing brushes. Ian Wilson as their Fool was suitable ‘fool-ish’, the love interest being brilliantly well played throughout (spoilers). All had great stage presence and craft.

A roving cast of peasants, actors and knights added almost a Python-like contribution with an ever more wonderful diversity of characters. Hazel Burrows gives an exceptional Welsh accent and humour to Hwel, protector of Tomjon, a theatrical James Norton.

An enthusiastic audience around me clearly relished what was placed before them: one for Pratchett fans who will revel in this world. It plays until 21 April at 7.30 each evening.