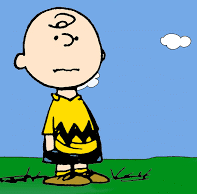 You’re a Good Man, Charlie Brown is a 1967 musical comedy with music and lyrics by Clark Gesner, based on the characters created by cartoonist Charles M. Schulz in his comic strip popularised in this country via the Daily Mail, ‘Peanuts’. The musical has been a popular choice for amateur productions because of its small cast and simple staging and Showstoppers have again pulled out the stops to provide joyous entertainment from start to finish. This simple show, enhanced by a new catchy and lively score by Andrew Lippa, is vignettes of the daily struggles our favourite characters have at that special schoolchild age. 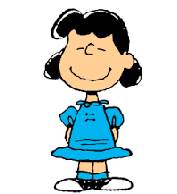 Rob Bradshaw has made much of the limited space, creating a cartoon background perfectly evoking the familiar cartoon layout. Kite flying, the Red Baron and rabbit-hunting, together with spot-on technical verve when needed by Patrick Edwards and Joseph Lynch, are well thought out, giving a real professional touch to the simplest of ideas.

The cast are all simply flawless and time has clearly been taken by them individually to study the way the originals were drawn: from Snoopy’s well-known way of lying on top of the dog-house, through Schroeder and Lucy perfectly re-creating the scenes where she leans over the piano gazing at him, to Linus’s blanket-holding: all of them capture that childish innocence mixed with frustration. 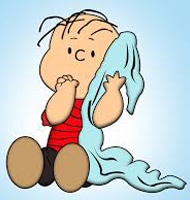 Charlie Brown is played with suitable naivety and much charm by Oliver Johnson. His scenes wondering about the cute little redhead are so well done, I found myself laughing out loud at his discovery of her chewed pen. Bella Norris more than matches him in boldness as Sally, his sister, her song, ‘My new philosophy’, being well acted and sung.

Friends Linus and Lucy are played with similar aplomb by Daniel N’Guessan Lopez and Phoebe Alicia Armstrong. Their scenes are particularly good together: the blanket song is very well choreographed and staged and I laughed at the way Lucy held her pen in the straight child way with tongue out to one side. 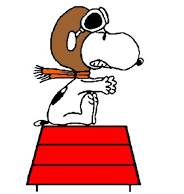 As Schroeder, Charlie Randall is suitably fixated: his one-liners are very well delivered and I enjoyed his mock concentration on the piano-playing, coming into his own in ‘Beethoven Day’.

Snoopy is played with great warmth and impishness by Samena Brunning: you actually believe she is a dog, such is the great attention to the stance and look of the original icon. Her suppertime song is a rousing chorus line-esque extravaganza.

All the ensemble numbers are slick and most enjoyable. The choreography by Charlotte Evans is well thought out, stylish and perfectly executed. The band add professional perfection under the musical direction of Joe Barr. The band barely pause all evening, the individual playing of keys, violin, viola, bass reeds and drums effortlessly balanced with performers on stage. Lighting and sound are of a high standard, completing a show that deserves to be seen by such a varied audience.

Music-loving people will find pastiche in the score and design, while aficionados of the original will not be disappointed by seeing these characters brought to life by such a talented team.

Highly recommended – don’t be a blockhead and miss it.